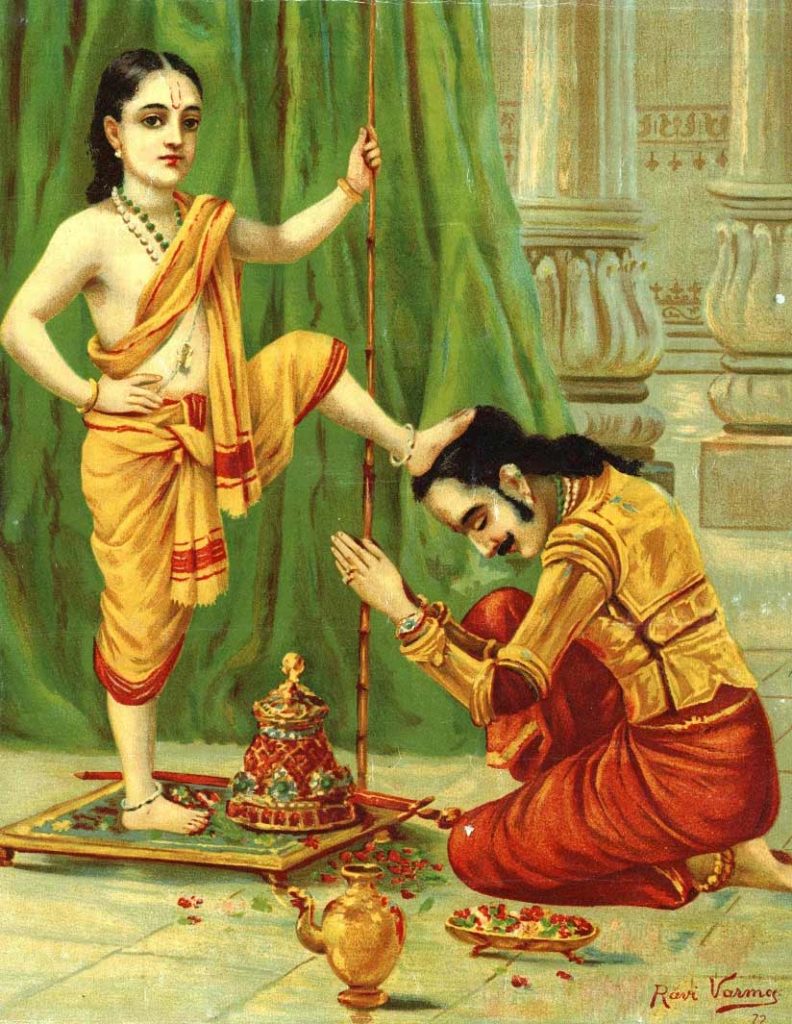 Onam and Vamana Jayanthi have the same mythical backstory. It is a narrative about how an Asura King called Mahabali ( Bali Raja, King Bali)  was defeated and stomped down into the earth by Vamana, Lord Vishnu's fifth Avatar. This was done to reclaim the authority of the gods over the people being governed by King Mahabali. This story religiously is one that signifies a victory of goodness over evil; in which the latter category is represented by King Mahabali.

Onam is celebrated as a harvest festival during the Chingam season in the Malayalam calendar. This is around the time of spring right after the monsoon showers during August end and early September. Every Malayali irrespective of their religion or caste identifies with the celebrations of Onam. You get to see a flower carpet being arranged and the preparation of the Onam Sadhya taking place in almost every Muslim, Christian, and Hindu household at the same time. 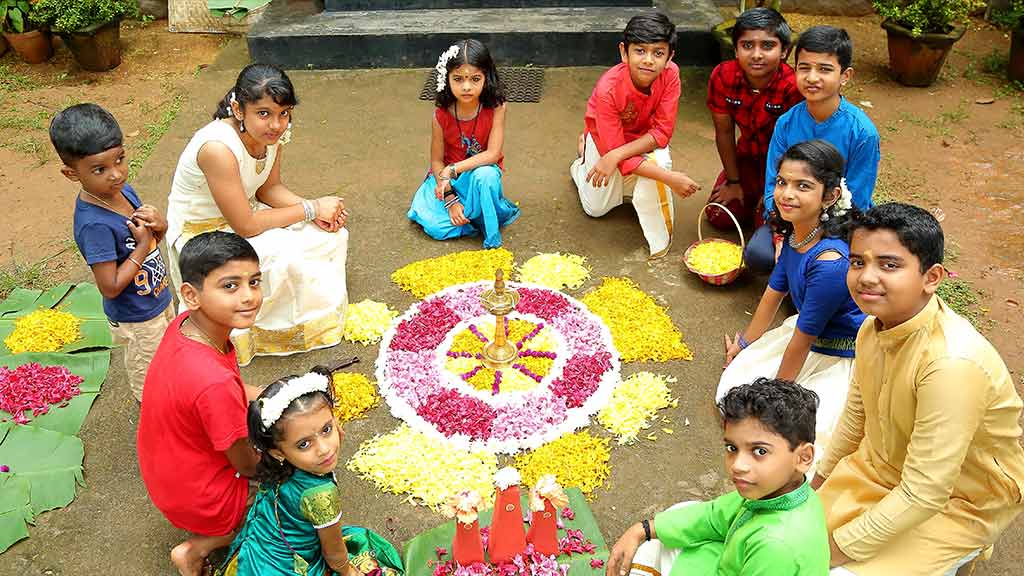 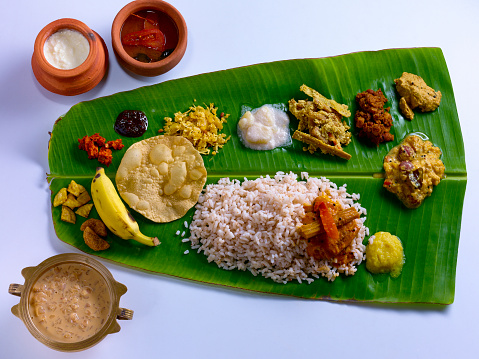 The festival idealizes happiness derived from a fruitful harvest. This also includes spreading joy and care for your fellow people, the trait which is associated with the mythical King Mahabali. Most Malayalis regard him as an abstraction signifying equality and generosity. For this reason, the majority of the Keralites view Vamana through an authoritative light.

Mahabali, before being banished into his underworld prison was given a last wish that allows him to visit his subjects every year. This visit is what gratifies Onam and it brings out the relevance of his kingship. In other words; King Mahabali is the long-lost ruler whose visit Malayalis envision every year.

However, the secular political landscape in Kerala, unlike other states in India has refused to acknowledge a Hindu version of their harvest festival Onam. This can be seen through two major twitter controversies in the last six years.

In 2016, Amit Shah, BJP leader, and current home minister of India posted a tweet on one of the days precluding Onam to extend his own heartfelt Vamana Jayanthi greetings. Delhi chief minister, Arvind Kejriwal did the same in 2020. This led to major outbursts from Malayalis terming the wishes as a process that aimed to Brahmanise Onam by terming the festival as Vamana Jayanthi. This also included reactions from state leadership figures like Thomas Issac and Hibi Eden. In 2020, Thomas Issac, the finance minister in 2020 Kerala's cabinet, mentioned Mahabali to be a king who did not discriminate based on ‘caste or creed’ and termed Vamana to be a ‘cheat'.  This tweet created major uproars by the BJP leadership in the state and centre claiming that Vamana had to be respected as a diety. 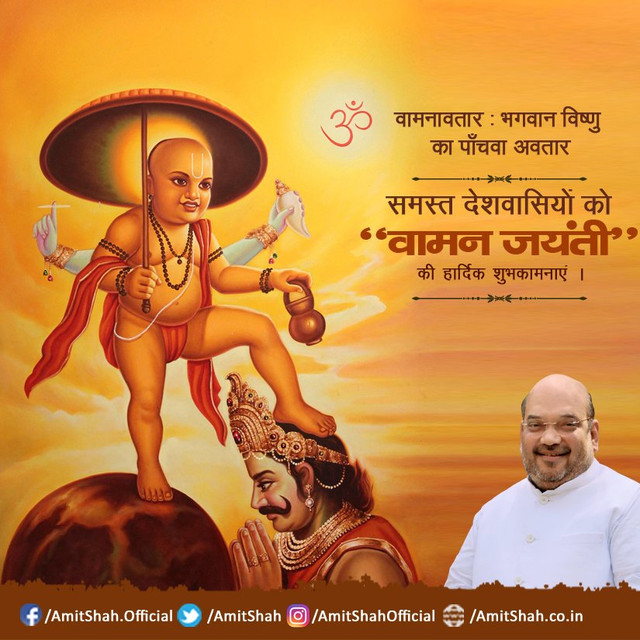 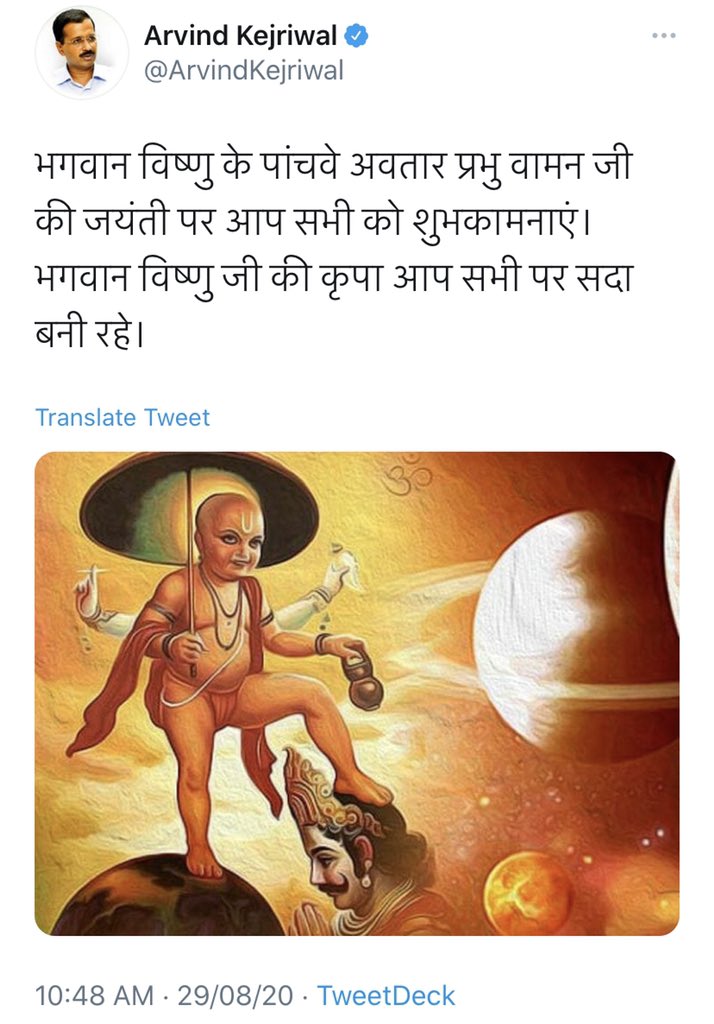 The way the festival is viewed in different states other than Kerala has been different. How people view this festival also varies depending on diverse ideologues too, as seen in the controversy arising through previous twitter wars concerning the matter.  Temples in Tamil Nadu, Gujarat, and some other states do celebrate Vamana Jayanthi by honoring Lord Vishnu as Vamana. In Kerala, the Thrikkakara Vamanamoorthy temple worships Vamana as a deity. Even though the celebration of Onam at this temple takes place through a seven-day ritualistic festive process, the temple makes sure to acknowledge the sacrifice made by Mahabali as well. This is done through the Onam rituals performed there.  This recognition is unrealised in temple rituals and celebrations outside Kerala.

When people celebrate the harvest festival called Onam, the folklore narrative in Kerala is mostly about the goodness and righteousness of Mahabali during his rule as an Asura raja. On the other hand, Vamana Jayanthi does not acknowledge this particular goodwill that Mahabali is popularly associated with.

The historical accuracy to prove the presence of Mahabali is very limited and almost non-existent. The celebration of Onam as a festival can be dated back to the Sangam era, where the festival is referred to in Dravidian literature. There are inscriptions from around 600-800 AD as well that prove the existence of a festival under the theme of Vamana reclaiming the kingdom that belonged to Maha Bali. The Onam festivities at the Thrikkakara temple date back to the time of the Chera rulers and it is the only temple in Kerala that considers Vamana as a worshipping idol. 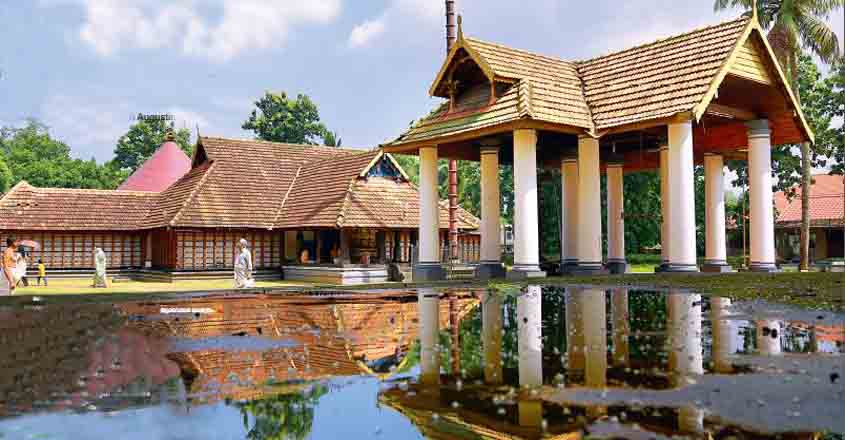 Two perceptions of a religious/ mythical story can be seen here. One that honors the sacrifice made by Mahabali and another that symbolizes the reclaiming of Asura Mahabali’s rule through Vishnu’s incarnation Vamana. How exactly can an entire state called Kerala see an asura raja through a positive lens? Do two perceptions of the same story blur the line between good and evil? Are these perceptions confined to state boundaries, like Kerala's Onam narrative, or are they merely ideological?

Romila Thapar, famed Indian historian writes about how Indian historical consciousness is embedded in myth. It also signifies how mythical narratives from history can be reconstructed through various means to allude to a particular narrative. The historical origins of the tale of Mahabali and Vamana have been traced through various lenses. Gail Omvedt, American-Indian sociologist and scholar in her book, ‘Understanding Caste’, writes about Jyotiba Phule’s ideas about Mahabali’s existence. For the 19th century social reformer, Bali Raja (Mahabhali) was a king who opposed the Brahmanical supremacy that arose at a time during the Aryan conquest. In Phule’s interpretation, Bali Raja was not a ruler of a Dravidian kingdom per se but he was a king who idealized equality and prosperity for all. Phule's Bali Raja went on to influence the caste consciousness of many Maharashtrians who also considered Bali Raja to have been a Maratha king. Mythical characters like Lord Vishnu and other gods were reconstructed by Phule as conquerors who invaded and took over Bali Raja’s Kingdom, thereby removing hopes for a just society.

Kancha Ilaiah Shepherd, scholar, and author of ‘Why I am not a Hindu’ also refers to Phule’s interpretation of Bali Raja. He writes about how Bali Raja used to be a Dalit-Bahujan king who was killed by Vamana, a representative of Brahmins, who wanted to conquer the kingdom that aimed to produce a casteless society. Similarly, there are other researchers like Kerala historian MGS Narayanan who also allude to a narrative of caste-based conflicts that led to the preservation of Brahminical supremacy. 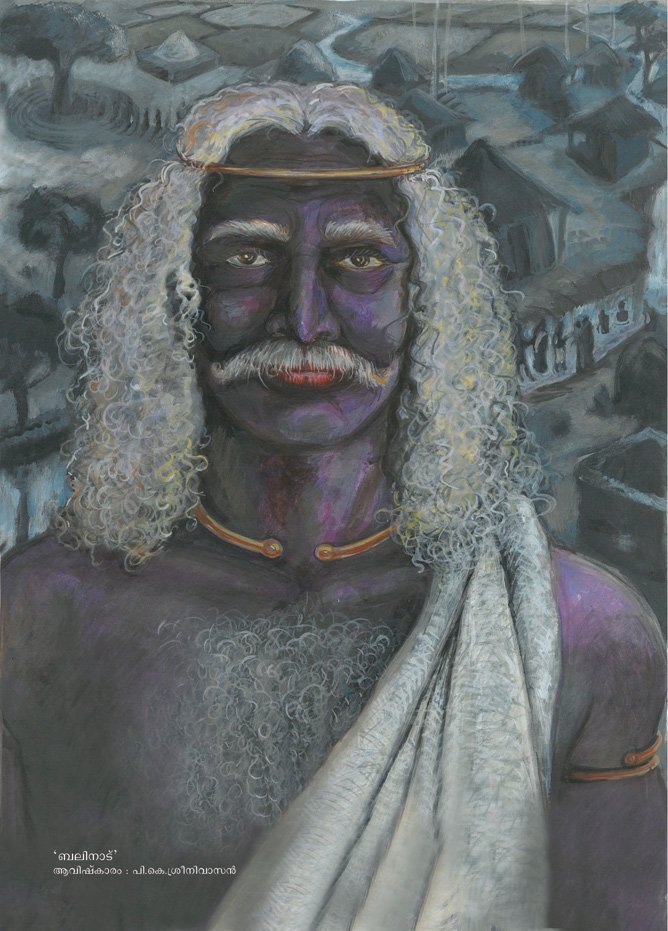 The past has been appropriated to suit vested interests in the present. This is done in various ways and the political/electoral aspect is just one of them. Political parties have used religion to suit electoral wins through propaganda and campaigns. The BJP, the single largest majority party in India has not found electoral success in Kerala. One does not know if Amit Shah’s tweet in 2016 aimed to mandate a Hindutva agenda on the people of the state. If this was the case, it would still be a historical reconstruction of a myth that ventured to suit a basic agenda. This is the same way Phule idealized a past through myth, to justify the systemic oppression of Dalits. In the same way, different people can be influenced to have different perceptions of an event like Onam. The influence happening is historical and its association can invigorate the minds of entire collectives from diverse religions, castes, and spheres of life.