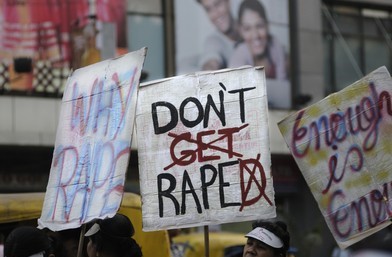 A school is a place that is considered sacred. School has a major contribution to what kind of adult a person becomes. We spend our first 18 years in school and study almost every field. In these years students are trained to face the world outside, up till then they are in a very protected environment and are yet to face the horrors of the real world. But, are the schools safe?

Do they make every student feel secure? Does every student have the best times of their lives? Or some of them suffer from something that would scar them for life?

These questions have arisen due to the increasing sexual abuse, even sexual violence, cases in the school environment. School is supposed to be a student’s second home but what is home when it is not safe.

In the UK a website called ‘Everyone’s Invited’ was launched last year to share experiences of abuse anonymously. It now has more than 49,000 testimonies from young girls, even as young as nine years old. The occurences range from being drugged and raped at parties to sharing explicit images and blackmail.

The young girls recounted personal accounts of ‘rape culture’ and have also explicitly written names of schools. The schools were not only private but public schools are involved too.

“The testimonies expose rape culture and the scale of sexual violence amongst young people in the UK,” Soma Sara, founder of Everyone’s Invited, said in an interview. “If we start pointing fingers at certain demographics or singling out individuals or institutions, we risk making these cases seem like anomalies... when really this problem is pervasive, it exists everywhere.”

There are testimonies of rape and sexual abuse at school parties. Some girls recounted them being slut-shamed and how people just made them believe that they deserved what happened to them.

In most testimonies, the abuser was someone known to the victim. They were either close friends or some boy at school or even family members of the fellow students. Most incidents were either happened at parties of school kids or even at school. And this is the reason why schools need to be involved, investigated about their methods, and evaluate guidelines against sexual abuse and harassment.

“I blamed myself and think a lot of people - especially men, would blame me for getting into the situation in the first place,” a user wrote for why she didn’t report her rape at the age of 17.

“I didn’t feel that there was space to, or I was ashamed and I just felt so alone,” another account said.

The social stigma surrounding reporting and discussing topics like these, should be ended. It is crucial that the abuser feels guilty and not the victim feeling embarrassed. Calling out friends should be the first step towards it.

“It's really important we encourage our children and teenagers to be empowered to stand up to their friends and call out this behaviour, because I think that's the most influential space,” said Sara.

The UK state authorities are currently looking into the matter and have assured strict and quick action. They are examining the reasons for so many sexual abuse complaints. The authorities are working together with the website to provide aid, support, and advice to those facing or faced harassment.

It is sorrowful that the situation in India is not better or maybe even worse. ‘Rape Culture’, misogyny and sexism are not just problems in the UK, these are issues that are spread all over the world. The issues are pervasive in society all over the globe.

Sexual abuse and bullying are issues that are penetrating Indian society too. Sex being a taboo and lack of appropriate sex education leads to it being a glaring issue. Lack of sex education and the discomfort with talking about these subjects lead the youngsters to depend upon unreliable sources and improper ideas in their heads.

The problem of reporting is even more in India. Mumbai High Court in a case of 2016, observed that schools rarely report offences of child sexual abuse on students to avoid stigma and disrepute. A rather better approach would be to punish the abusers and have strict guidelines.

Schools and universities globally should take steps towards making schools safer against crimes such as these. They drastically affect the minds of the victims and hinders their growth. Workshops for all stakeholders- students, teachers, and parents for awareness should be held. Staff should be trained against such practices and students should feel safe to share their experiences with them. Adequate platforms to address the complaints, support and advice the students should be established.

Cultural evolution for transforming the mindsets towards women and respecting them is needed in India. A country where Durga is worshipped and women are considered to be ‘devis’ should display it through their low crimes against women too, or else they are just meaningless talks.

“We must send a message across the world that there is no disgrace in being a survivor of sexual violence- the shame is on the aggressor,” Hollywood actress Angelina Jolie once said this, and I cannot agree more. The issue is very old now but the situation is no better today.

Let’s all pledge to make each person feel safe around us- this is the least we can do!

Much needed topic! And those comments you included about victims, portrays the plea of their voice which is been subsided by this fading humanity in society