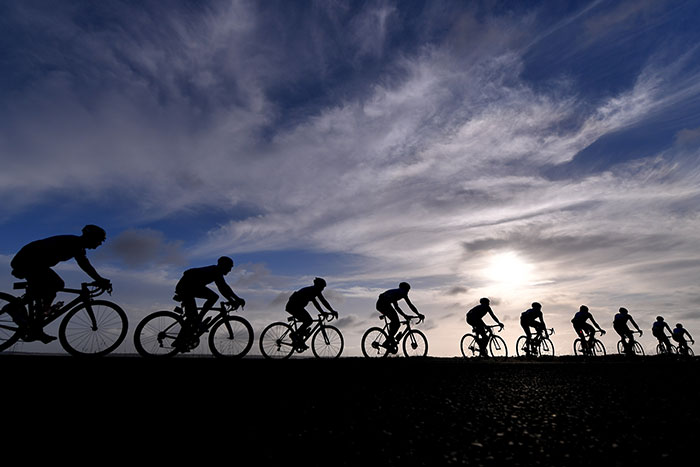 Pin Bike is a recent Italian invention by Nico Capogna, an entrepreneur from Apulia, CEO, and co-founder of Pin Bike.

An anti-fraud system, this new technology aims to allow the government to incentivize the use of bikes by monetizing the number of kilometers cycled, avoiding the possibility of cheating. It relies on a “gamified” experience for the user, as its website itself claims.

The citizens' monetary credits can only be spent on local businesses; therefore, it is also a means of empowering local shops and organizations.

In Italy, the system is in place in the cities of Bergamo, Bari, Foggia, Pescara, and Turin and in its 11 municipalities.

The participants earn 20-25 cents (in Euros) per kilometer in their home-work and home-school routes and 4 cents per kilometer on generic ones.

But how does it work exactly?

Simple: the participants receive a kit with several gadgets, like a customizable, high-visibility plate and a tool to inflate the wheels. But the essential device of all is the one that allows the Pin Bike app to work: the Pin Bike tool, which must be fixed to the wheel and allows the app to monitor the kilometers. According to Capogna, this system is based on patented hardware and ensures no fraud can ever occur.

Pin Bike will soon arrive in other European and non-European cities: it will be installed on bikes in Tallinn, Estonia, Istanbul, Turkey, and Braga, Portugal. Eit Urban Mobility is financing Pin Bike’s Bicification project, aiming at making city transport more ecological. It would allow citizens to gain credits up to 30 euros a month, to spend on local businesses.

Pin Bike is also involved in the project of two college research centers, the Certh in Greece (Centre for research and technology Hellas) and the Royal Institute of Technology in Sweden, and Nextom, a software house.

Capogna said he got the idea for Pin Bike after visiting a friend in Belgium. Said friend told him he received 50 euros a month for using the bike to go to work; Belgium has been doing this for over 20 years, giving citizens 23 cents per kilometer.

He also explained that his project will adapt to many different realities: in Tallinn, the main objectives are to reduce the number of cars on the road and to get information on how cyclists move through the city, to build the suitable infrastructures; in Braga, the main aim is to promote sustainable mobility and to support local businesses; in Istanbul, instead, the goal is to reach 50% of movements by bike, and an increase of bike-only roads by 2023.