Place of women in Indian Society 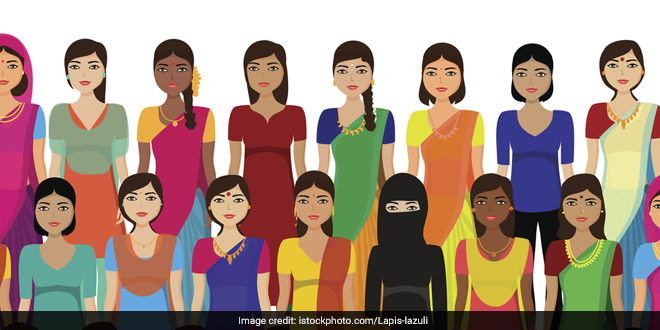 Hands down signify and depicts a woman in every which way, which has ever existed on the planet earth. Since preceding times, women have forged their mark of chronicles, embedded with marvelous stories, suffusing admirable inspiration and learning. In today’s world, there are no limitations to what a woman wishes to achieve. With changing times, we as women need to work together to empower and nourish the growth of each woman individually. Moving forward to support and improve the living conditions of the entire women population. Coming to the present, in the 21st century, women have been blessed with various revolutionaries compared to past hierarchal structures. But there are still major drawbacks and restrictions which limit the freedom of women. Giving a major setback to women around the world. The existence of remote patriarchal norms and customs being one of the major flaws in today’s society.

In today’s time, the spread of feminism has been strong all around India. A woman of today will fight for her deserved status and respect in society. She is now getting versed in her fundamental rights and duties as a citizen of a democratic nation. With constant deprivation of opportunities and equal status. A woman of 21 century has now seen the world of injustice and evil and will take a stand for her and breakthrough all the boundaries limiting her capability and skill within the patriarchal norms of society.

In today’s era, independence and freedom are some of the most important aspects for a woman. For ages, a woman has been suffocated within the four walls of her home, but from here on she decides no more and conjures on a path of justice and equal level of superiority like their male counterparts.

A woman of today wants equal and deserved education like their male counterparts. Today she aspires to become someone and provide for her family same as the men of the family. Today she becomes someone who has the liberty to dream. A woman who evokes inspiration and determination for other female colleagues. Today, she wishes to become financially literate and independent. A woman who can manage her finances and her responsibilities together. Today she is part of the business sector and also the political area. She has her hands in every sector, be it professional or private forums of the society. Today, even our woman weavers are forging and elevating their importance in society through the help of various NGOs. Women of today are even well versed in the administration. Throughout India, many women are part of the Indian Civil Service and have been allocated at a prominent position by government officials.

If there are positive aspects, then there are negative aspects. There are various injustices that still prevail in our society. Domestic violence is a rising affair of discussion among many social councils working for the upliftment of women. A factor responsible for inhibiting the choices of women in development is domestic violence. Domestic violence is a pattern of abusive behavior in any relationship that is used by one partner to gain or maintain power and control over another intimate partner. Domestic violence can be physical, sexual, emotional, economic, or psychological actions or threats of actions that influence another person. This includes any behaviors that intimidate, manipulate, humiliate, isolate, frighten, terrorize, coerce, threaten, blame, hurt, injure, or wound someone. Any incident of threatening behavior, violence or abuse (psychological, physical, sexual, financial or emotional) between adults who are or have been intimate partners or family members, regardless of gender or sexuality, is domestic violence.

Yes, we have conjured various injustices from the sign of times, but to which we ask all the surrounding women, shouldn’t we get up, strengthen ourselves up, to face all the trammels, of this social matter headstrong.

HOW WOMEN STRUGGLE IN MEDIA?