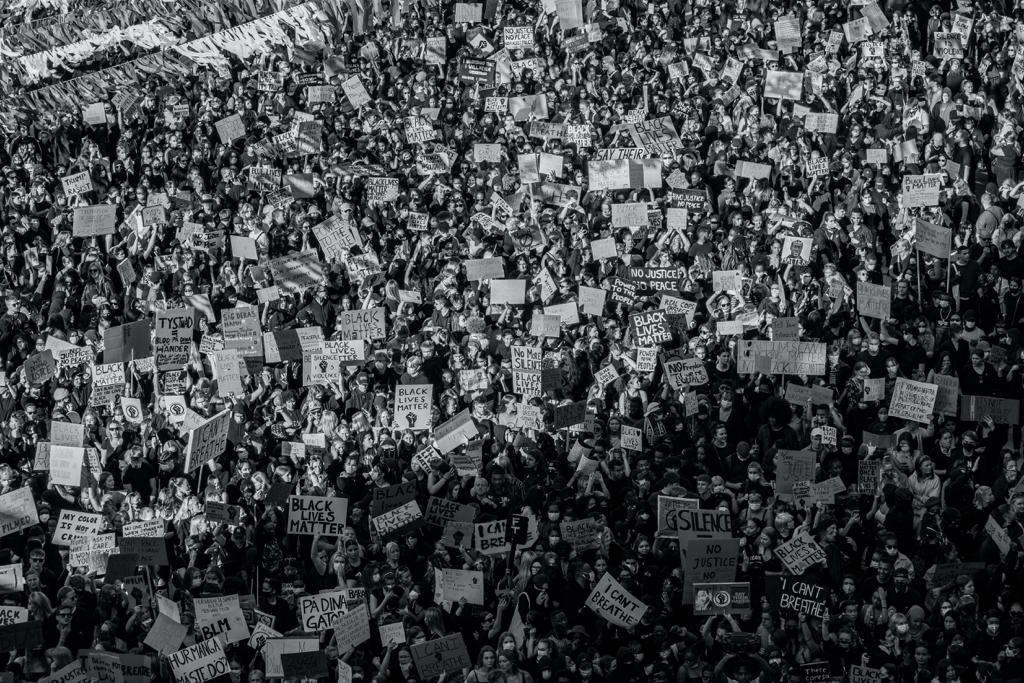 Brought together by a common purpose.

The time for change is now.

Tackling social, political, corruption and economic issues is a constant struggle for many around the world. Helpless, many can often feel there is little they can do to effect change. Signing petitions, sharing posts, chatting to others about these issues are all crucial ways to raise awareness of issues. Closely connected, many of these issues are interlinked. From climate change to civil rights to anti-war, many take to the streets to express their objection to these issues. More than 110 countries are currently experiencing significant protests, with over 25% being concerning the coronavirus pandemic. From violence against women to election results, to garment workers, to anti-war, to tax, to police brutality, the list of protests happening across the world is a constant reminder of the problems plaguing society. Many argue for social change, protests are necessary.

Protests are a public expression of disapproval or objection towards a particular issue or idea. They enable people to take a stance against a political and social issue.

Generally, the goal of a protest is to influence public opinion or to make a change towards something.

President Zelenskiy has called for allies worldwide to protest in peace against Russia’s war on Ukraine. He pleads “come with Ukrainian symbols to support Ukraine, to support freedom, to support life.” The aim was to put pressure on Putin, and the Russian government, to end the war. Protesting for freedom, protesting for life, changes are made by those who act.

Historically, protests have been a catalyst for major changes in the world. In 1913, Emily Davison, a suffragette for women, iconically threw herself under King George V’s horse during a horse race. The suffragettes delivered speeches, demonstrated in marches, and drew a lot of attention to their cause. Five years later, in 1918, women over 30 were able to vote. The Civil Rights movement saw many protests over the two decades, a long fight for equality for African Americans. Protests were seen in many forms from boycotts to – Montgomery Bus Boycott, sit-ins, and marches. Over 250,000 gathered for the March on Washington protest, drawing attention to challenges faced by African Americans. Here, Martin Luther King Jr. spoke his ‘I have a dream…’ speech. The Boston Tea Party saw 100 colonists board British ships and destroyed the entire stock of tea as a stand against the Tea Act which allowed the British East India Company to sell tea in colonies without paying tax, violating the colonist's rights.

More recently, Black Lives Matter protests began after George Floyd was tragically murdered by a police officer, Derek Chauvin, who pinned him down with his knee on George’s neck; he couldn’t breathe. Protests quickly began in solidarity and support of the black community and the racial discrimination they face through police brutality and institutional racism.

Greta Thunberg has quickly become one of the world’s most influential young people, inspiring millions to take part in school strike for climate calling on governments for stronger and quicker actions against climate change. A powerful image can be found of Greta in 2018 outside the Swedish parliament by herself with a sign reading ‘Skolstrejk för klimatet’.

In May 2021, the military seized control of Myanmar following the general election, only 10 years after the citizens of Myanmar became free of army ruling. Protests took place opposing the election results and continue to this day. Despite the restrictions in media, news-sharing outlets, and an increase in propaganda, this has not stopped the protestors, instead, they have turned to other outlets, such as newsletters, to share news and their messages. In a fight for their freedom, the pro-democracy movement continues to fight.

Understanding if there has been a social or political shift can determine how effective protest and peaceful practices have been. Successful protests may look different for each cause. Change doesn’t happen overnight, and neither does a successful protest. From gaining momentum, to support, to being heard, and making changes to people’s views or policies in place, each milestone of protesting is successful. Google Trends research suggests after George Floyd was killed phrases such as “defund police” and ‘Am I racist?” dramatically increased in interest. Social media can greatly impact participation and discussions, during the climate strike protests The Guardian newspaper covered what was taking place, demands and how to get involved. As well as this, the internet has opened communication channels for people from all backgrounds to have conversations, openly and in an unorchestrated way.

However, research shows that those with the highest engagement on social media are those communicating negatively and violently, suggesting the internet may play into the wider ideology of extremism. It has also been suggested striking can bring a sense of empowerment and despite one voice being difficult to hear, thousands of voices coming together in sharing one message can be very effective. Furthermore, politicians tend to listen more when there is a demand from the masses, the larger the protest the more likely action is to be taken.

Nonviolent protests are twice as likely to achieve their goals as violent ones, leading to political change 53% of the time. The reason behind this is likely to be the volume of people behind the cause from a wide demographic. Of course, if something is deemed dangerous and likely to end in harm or imprisonment many would stay clear from it. Nonviolent protests are more accessible and as they are less likely to cause disruption, the police and government are more likely to support the course. It has been suggested if 3.5% of the population take part in a protest, success is inevitable.

Despite the positive intentions of protests, they can face resistance due to their social and political nature. Against those who are ‘anti’ the issue, the government or the police. What was a peaceful, imperative protest can turn violent in moments, violence snatching the attention away from the true cause; this can lead to misconstrued assumptions of protests, leaving a bitter taste in people’s mouths. As well as this, the media can take this narrative and run with it, tarnishing the message of the cause. A student-led demonstration in Oakland in support of Black Lives Matter was peaceful, until the police arrived.

The extremist views of certain groups can wreak havoc on society and cause irreputable damage. When we consider the events of last January, when Donald Trump lost the presidential election, claiming it to be rigged and rallying his army of supporters to “save America” and ask the government to reject Biden’s win. He was quoted" If you don't fight like hell, you're not going to have a country anymore." This led to 2,000 – 2,500 Trump supporters attacking the Capitol Building in Washington, assaulting riot police and staff, and vandalising the premises.

As violent protests and police brutality circulate the news and social media, outrage spreads around the world. Detention, jail time, tear gas, rubber bullets, and detainment are all too common words associated with protests. It is not sustainable for individuals to continue in this manner. Police and government have the resources and capacity to resist protests and enforce repression. When we take a look at the Black Lives Matter movement, police are abusing their authority, with little to no regard for the people involved. In Egypt, in 2013, after a military coup, 10,000’s of protestors took to the streets to show their opposition, the military opened fire on them which shut the protests down.

It could be said, the hurt and anger of protests is justified and understood. People want change and people want it now, protests show we won’t put up with this anymore. Yet the dangers of protesting remain a huge issue for many in a lot of countries. Unfortunately, some do not have the luxury nor option of a peaceful protest. In China, in 1989 a student-led demonstration saw 1 million people peacefully protest for political, social, and economic reform. Military enforcement was brought in and fired at the demonstrators. It is estimated this massacre killed hundreds to thousands of people.

“If you are neutral in situations of injustice, you have chosen the side of the oppressor” Desmond Tutu