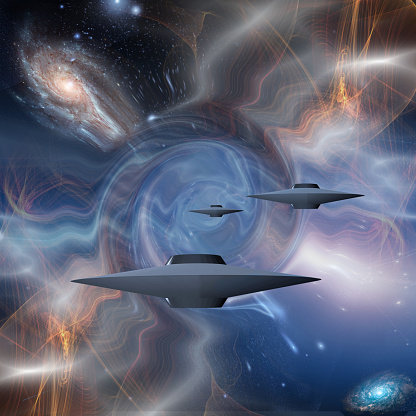 Zapata Computing is a quantum computing company that offers industrial and commercial computing solutions. In chemistry, finance, logistics, pharmaceuticals, engineering, and materials, it delivers hardware-agnostic solutions for simulation, optimization, and machine learning applications. The quantum software company Zapata Computing will collaborate with University of Hull researchers to use quantum computing in the quest for extraterrestrial life. The cooperation will allow researchers to improve an application for detecting evidence of life off the planet by using Orquestra, Zapata's quantum workflow platform. After eight weeks, the partners announced they will release an analysis of their findings. There are also plans for more quantum astrophysics collaborations between Zapata and the institution in the United Kingdom. Zapata's infrastructure, situated in Boston, can handle both traditional and quantum operations in large organizations.

The collaboration's purpose is to detect the existence of molecules and trace elements that aid in the formation of life. In an interview, David Benoit, senior lecturer in molecular physics and astrochemistry at the University of Hull, said, "It's probably a long-term research that will provide us data for a lot of different compounds." Quantum computing is proving to be a useful tool in astrophysics research for doing difficult physics computations. "MIT researchers have produced a list of probable molecules related to life, such as oxygen or nitrogen," Benoit continued. Even simple molecules, however, have complicated interactions that necessitate extremely precise computations. Of course, the problem with astrophysics is that most of it can't be directly investigated, so you have to evaluate the light and spectral characteristics that come in. Only by knowing a molecule's spectral characteristic can you distinguish and locate it."

More than 14,000 chemicals have been identified by MIT as exhibiting evidence of life in extraterrestrial atmospheres. The mechanics of molecular rotation and vibration induced by infrared light emitted by nearby stars are frequently poorly understood. The University of Hull's E.A. Milne Centre for Astrophysics wants to create a library of observable biological signatures utilizing new computer models of molecule rotation and vibration, including quantum computing models. "Since the time of Epicurus, Plutarch, and Lucretius Caro, humanity has faced the subject of the presence of other life," writes Italian astronomer Margherita Hack. Today, we can at least claim that exoplanets exist: their existence is a necessary – if not sufficient – condition for other types of life to exist."More than 1,000 exoplanets have been discovered so far, and the search for potentially habitable worlds and indications of life continues. The focus of the search is on the chemical components required for life to arise. Spectral signals of substances present on planets rather than stars are among the distinct characteristics. The combined spectral and polarization signals provide insight into the physical features of exoplanets and near-stellar planetesimals.

"To identify a given spectrum of molecules, you need a really high level of accuracy in defining how the individual atoms in the molecule interact with each other," Benoit explained.” If you don't do it well, you can wind up with something that doesn't really help; it's like a spring and its harmonic evolution based on its spring constant - a bad estimate leads to incorrect dynamics."

" You take a different approach to things with quantum computing, and you get results that are typically more difficult to compute on a traditional computer." Hydrogen, for example, is easy to produce examine, but as the number of electrons grows, you'll have to compromise if you're using traditional computers. As a result, it's a difficult task. Because we can simulate the exact Hamiltonian and use the capability of quantum computing to calculate the quantities we desire, quantum computers could definitely give us a way to complete the exact work," Benoit added.

"You take a different approach to things with quantum computing, and you get results that are generally more difficult to compute on a traditional computer." Hydrogen, for example, is a clear and simple material. to study, but as the number of electrons grows, you'll have to compromise if you use typical computers. As a result, the task is challenging. Quantum computers could undoubtedly give us a chance to accomplish the exact work since we can mimic the correct Hamiltonian and use the capabilities of quantum computing to calculate the values we seek," Benoit remarked.

We know there is at least one planet for every star we see if we just look at the numbers," Benoit said. "Life spotting, on the other hand, may necessitate being in the right place at the right time." Yes, I am convinced that something exists. It could be nothing more than germs or small creatures. We have no idea. However, I believe it is worthwhile to investigate."