Representation of Mothers on Indian TV 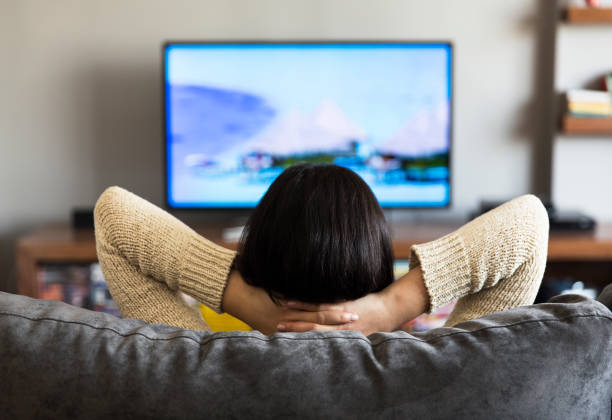 Motherhood is indeed one of the best experiences. However, it is not the only supreme achievement and fulfilment for any woman. Looking at Indian TV, you might want to contradict that. Indian television is one of several forms of mass media that relentlessly portrays the ideal mother and promotes childbearing as the only worthwhile achievement in a woman's life.

Indian TV serials have been the brand ambassadors in propagating two patriarchal images of motherhood. Each daily soap is sure to have a mother who dresses traditionally, speaks very politely, and does all household work perfectly. They are shown as docile, abiding, and overly emotional. They have magical solutions to all situations. Whatever the problem is, Indian mothers are sure to have a way to get out of it. And guess what, it always works! Whatever the scenario might be, their only prime concern is if their kids have eaten or not. They are always ready to sacrifice everything in the name of motherhood and duty. And they are conditioned to feel proud of it. They are lauded for their efforts. Consequently, if a moment arises when they have to choose something for themselves, they start feeling guilty. They will not even take a moment to label themselves as bad mothers. Especially working women are always shown in a dilemma of choosing between their kids and their career. They have this unending doubt that their job will let them pay less attention to their kids, and it will eventually spoil them. And guess what, it happens! If anything goes wrong, it's an unsaid rule that the mother must blame herself along with everyone else. Such characters are always doubting if they are a good mother or not. And characters who do not fulfil any of these criteria are promptly represented as examples of bad mothers.

Sumitra Bhairon Singh from Balika Vadhu is an overly polite, docile, caring, and traditional mother; Ishita Bhalla from Ye hai Mohabbatein is a sweet, loving mother who is always doubting if she is a good second mom and not going to work half of the time; Sarla from Kumkum Bhagya is a dedicated single mother whose only goal in life is to get her daughters married.

To compensate for their lack of control in other areas of life, women tend to exercise leadership in their roles as mothers. This aspect of parenting is also prominently featured in Indian television shows where mothers are the main characters. They have sole authority over all decisions in their child's life, and they interfere in it unapologetically. They order their children and expect them to follow unquestionably. They will continuously subvert and suppress their daughter-in-law to maintain their place in their son's life. And they will channel all the patriarchal ideas of an ideal girl onto their daughters. Famous examples of such characters are Kokila Modi from Saath Nibhana Sathiya, who takes all the decisions for her kids and keeps her daughter-in-law under her thumb; Ishwari Dixit from Kuch Rang Pyaar Ke Aise Bhi, who influences her son's married life to the extent of divorce; Santosh Rathi aka Bhabho from Diya Aur Baati Hum, who tortures her daughter-in-law to do all household chores just like herself and tries to curb her dream of becoming an IPS officer; Nirmala Devi aka Mataji from Sasural Simar ka, who is fearsome and goes to great extents to keep her daughters-in-law disciplined.

Since television is such a popular medium and is seen by the majority of Indian households, the portrayal of characters on Indian television has a significant impact on how such roles are perceived in society. Such individuals become cultural icons, and viewing them makes women feel less capable as moms. Any woman who deviates even slightly from the mandated maternity norms begins to doubt herself. Also, Indian TV serials have almost made it universal that the 'completion' of a woman's life is motherhood. Without a child, a woman is incomplete and unworthy.

Presently, there has been a slight shift in the portrayal of mothers in Indian TV serials. Today, we have characters like Anupama, who break through the patriarchal image of mothers and go on to take a divorce after 25 years of marriage, even after her kid's disapproval. This character is gaining much popularity with time as it resonates with the thinking and personality of mothers in modern times. Also, a few mothers from previous examples do change their personalities in the due course of the tiringly long daily soaps. But by the time they do, they have already manufactured a perfect bahu or daughter whose primary aim in life is to fulfil her mother or mother-in-law's wishes. This cycle continues, and such figures continue to dominate the image of Indian mothers on television.

The same goes with advertisements, movies, songs, and even social media to some extent. Films, songs, and ads are in the same race in portraying the ever-sacrificing Indian mother. On social media, memes about typical mothers and appraisal posts for mothers doing tiring labour and all household work on their own, in the name of their love for their children, can be seen. Minor progress has been made in films, songs, and ads in this perspective. The most significant change can be seen in social media where mothers are getting new opportunities and a different perspective. Working mothers, stay-at-home mothers, or women, in general, are getting acknowledged and applauded. They are also getting inspiration and opportunities to progress further in life as individuals. It's high time Indian television also overcomes the age-old patriarchal ideas and comes in support of practical images of mothers. With the reach and popularity like this, Indian TV can prove to be one of the major vehicles of change.