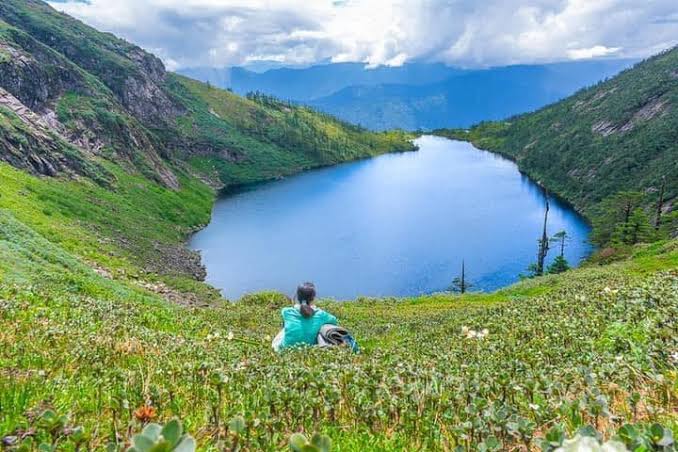 Arunachal’s Dibang Valley is home to the little Idu Mishmi tribe and Mehao wildlife sanctuary. It is a land of fascinating beauty with lush and deep valleys of the mountain chain. It is one of the significant mega biodiversity hotspots worldwide that contain 60% of the planet’s faunal diversity.

On 31st January 2008, the dam project was laid on by PM Manmohan Singh. However, the construction on the project remained on halt as the dam project has been underneath Intense native and international opposition to its tentative negative environmental impacts and compelled relocations of the IduMishmi tribal people. However, in 2019, the Modi government gave a revived go-ahead for the project. With the coming of Draft EIA-2020, unrest and rage rose against the project again that diode to a series of protests by the native population and several in Assam. Despite mass objections from the community leaders. The 2880 MW Dibang multipurpose project has already been approved on the Dibang watercourse.

Dibang hydropower project, if constructed, will be India’s largest dam and thus the world’s tallest concrete gravity dam. The dibang dam is predicted to supply up to 3000 megawatts of electric power. She can additionally assist with flood control in the dibang valley and parts of Assam, hence proving the name multipurpose dam Project.

The protests and fierce opposition have been ongoing over the past 11 years. The project would displace several members of the Idu Mishmi tribe from their community land, which includes rice fields and forest land that offer them a supply of livelihood. Besides the immersion of the rice fields and loss of land in community use, 3.5 lakh trees would have to be compelled to be cut down to urge the project to go, which will not be able to regain through afforestation. The Dibang Valley also harboursmore than 75 species of mammals, including clouded leopard, Asiatic golden cat, Mishmi Takin, red panda, and various other rare species such as Rufous-necked Hornbill, Blyth’s Tragopan, etc. Such abundant biodiversity of the region cannot be undermined at any expense.

Moreover, the union government proposed the Draft  EIA 2020 notification was a regressive departure from the 2006 EIA. The objective of the draft is to be environmentally friendly, however. Instead, the 2020 EIA draft is pro-industry and anti-people. The new EIA notification threatens to change India’s environmental protection and regulative policy exceedingly, which might have disastrous consequences for the ecology and lives of individuals affected by these projects.

The main controversial clause of the 2020 draft is that it seeks to approve projects that have failed to achieve environmental clearance by giving them an opportunity for post-facto approval. This implies that approvals for projects could be given through the project had been started while not achieving previous environmental clearance. Several people strongly voiced against the 2020 EIA draft through social media. Twitter storm being the most evident one, this nationwide tweet-storm was organised by the college and university student organisations from the northeast under the banner ‘Northeast solidarity for environmental justice (NSEJ), and support from different parts of the nation was shown. Citizens from all parts of the country were unified in their demand from the government to withdraw the EIA draft 2020. The hashtags #savedibangvalley#saveDehingpatkai #saveamazonofeast #withdrawdraftEIA2020trended at no.1 across the country.

The community has but 15000 individuals. Society reserves high regard for tigers in their cultural and ancient practices. They consider tigers as next to human kin. As a result of this cultural belief, the tigers within the region flourished over the years. Besides, the Tango river, where the project would be set up, is considered spiritual to the community and the place where departed souls rest. Arunachal Pradesh should not solely be seen as India’s hydroelectric dream powerhouse. Still, it is also a confluence of many minor tribal communities, each with distinct linguistic and ancestral beliefs, who have inhabited the land since time immemorial. With the exploitation of the dibangvalley, the Idu Mishmi community might even lose little of their remaining ancient heathen traditions and beliefs to hold on to for their future generations.