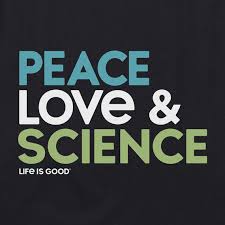 Science is power. Like every powerful thing it has dark and bright side. If it is constructive then it can also be used in removing superstious that is in making world one and in removing diseases. If we use science in destructive way then it can turn the world into ashes. The atomic war will crash our whole world. Science has revolutionized the life in every field of life such as travel transport, communication, recreation, agriculture, industry, medicine , trade and commerce. Electricity is working wonders. Atom is a great source of power. ‘Science has improved the circumstances of man ,not the men himself ‘. It is clear that man is bad because of misuse of science. The destructive weapons made for war is to upheld our power and not to diminish our greed. It was the greed for power that urged us to make destructive weapons that will finish each other.

Now wars are the result of economic policy. It has given us quick mean of transport and communication that helps us wining wars more quickly. Railway, steam ships and aeroplane makes it more easier to send troops and supplies food to distant places in a short time. The means of transport such as telegraph, telephone and wireless play a great part in checking war.

Atomic energy can be used for establishing peace in the world. Atomic weapons and Hydrogen bombs can check the war activates.

The mean of recreation can be used for establishing peace in the world. The horrible scenes of war the miserable conditions of the peoples after war and the scenes of destructions can be depicted on the screen. So the people can take some lessons from it. The after effects of the war can be broadcasted by the radio. All these things can make man to determine not to wage war.

However there has been two great ways to maintain peace in the world. After FIRST WORLD WAR the league of national was set up with a view to check war and ensure peace in the world. But it failed in achieving its object. After SECOND WORLD WAR U.N.O was set up. But how far it will be successful we have yet to see. Fear is the cause of war .This international fear should be removed. The war is a curse and has to be avoided. It is only possible when the good of all is brought out to the fore. We do not suffer from split atom but from split mind. Wars are the result in feeling present in Mind. It is in the mind of man that war is first fought, then on the field. When the sense of brotherhood goes out of mind and when the sense of goodness and fellowship is when we enter into war. So we are responsible for wars not science. It is the mentality or thinking of man that is in need of proper direction.

It is non else than the man that has misused the scientific inventions. It was not the scientist who invented the atom bomb that piloted the bombers to drop the atom bomb in Hiroshima and Nagasaki. The fear among both nuclear and non nuclear groups of their survival compels them to run after nuclear weapons. They try to multiply their nuclear war heads. Science can do nothing to find a solution to it. It is only the politicians who make good use of the science fully for overall development of mankind. It should be used to create a sesnse of brotherhood among the people.

Science had perfected mans knowledge. It has answered to all the questions of humans. Science proved us that the sun is a star around which other planets rotate in defined orbit.

When man takes god in to him and realizes the Supreme Power he will become humble then there will be peace. Such achievements must be utilized for establishment of peace. Thus man can leave in peace.