Self-expression through art - its appeal and allure since time immemorial 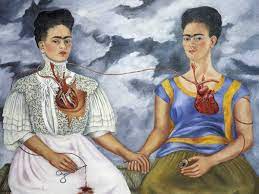 Differentiating between Art and Absurdity

Most extrovert millennials channel their energies and opinions through social media platforms, notebooks, or colouring books. It is the basic human instinct to express oneself via art, whether elemental or elaborate. Art, which began with stone instruments and cave paintings and now comforts us all, is as old as time itself and will outlast it. Some may assume that art is defined in terms of beauty. However, the value of art is in its interpretation. The most popular works of art either appeal to the largest population or are understood favourably by a significant personality. As Nietzsche said, art is the highest task and the proper metaphysical activity of this life. The heart of art is an idea; its mind is a technique. It has traversed maps and calendars from the point of capturing reality to now, where it reveals the surreal. Optimists may argue that it is a romantic change that the concept is primary, at higher levels. Campbell's Soup Cans by Andy Warhorse is a renowned painting as simple as it may get. It is not the soup can that fascinates viewers but that an artist took it as the subject. The Catalan Guggenheim Museum is a living testimony to modern art, with two beautiful sculptures to show for it. Maman, the 9-foot-tall spider at the entrance, has the same juxtaposition as Michelangelo's David. Maman is a lethal spider with delicate but strong legs to trap insects and has a fragile but enormous abdomen carrying eggs, the sign of life. In David's frail arms, pulsating veins are expressing his anticipation to kill Goliath. The message is just the same yet entirely different for those who analyse them. The second is Yves Klein's swimming pool painting displayed on the floor, giving the illusion of depth. Art these days is about an honest expression of feelings, the success mantra of both Bukowski and Picasso.

It is abstract; it is Calculated

A visit to a modern art museum, particularly one in the New York style, can sometimes provoke sentiments such as, "I scrawled things like this back in 3rd grade." During World War II, artists were permitted to express themselves through abstract expressionism, which includes an all-over composition with various focus points. The goal of these powerful strokes is to imbue and elicit emotion, regardless of the time or context. When Willem de Kooning's Travestied Women was first shown, it brought to mind families who had lost loved ones in war; today, queers perceive it as a statement of their identity, and for many, it is a lady in their lives. Abstract art is not necessarily born out of emotion, it might begin as a reprieve from boredom and later materialize into something. These imprints of the mind drawn by Pollock and other painters are important as they were audacious enough to destroy existing conventions. Abstract art's fame is due to these haphazard and careless brushstrokes. 'The Starry Night,' by Vincent Van Gogh, the artist who cut off his ear after losing a bet, is another well-known painting that everyone is familiar with. It contains swirling brushstrokes that create eddies that seem like stars and clouds and reflect water ripples flawlessly. Van Gogh accurately represented this craft of fluid dynamics, which placed the brightest minds in a bind. Leonardo da Vinci made the Vitruvian man based on the Golden ratio (1.618) and Mona Lisa's focal point following the Fibonacci number's square. The Last Supper can be categorized into three sections, the centre part with Jesus exhibiting the science of the Golden ratio. Vinci's eyes saw in everything a pattern, explainable in maths, and the merit of this painting is based on calculation. Most art classes begin their lessons with perspectives, as it is the most crucial factor in a landscape sketch. So, the vanishing point serves as the subconscious focal point of a drawing, proper attention to which blows the life-like impressions. The mysterious smile of Mona Lisa is not only a product of sfumato (abstracts smudging) but is calculated scheming to enamour us.

Art can be used to convey a message to a society that would otherwise be difficult to accept. In art, the artist might place one small line or curve and the entire meaning is shown to the clever eye. Speech and blogging demand articulate terms that can be omitted in art. While the original Mona Lisa smiles, there is a "Northern Mona Lisa" who does not, yet is no less attractive. Vermeer's painting The Girl with the Pearl Earring is one of the most beautiful paintings ever created, showcasing his mastery of foreshortening. Traditionally, picture subjects have been aristocracy or religious dignitaries, but this divine maiden remains unnamed. He emphasized the ordinary's beauty by using everyday events as the backdrop. The oriental turban worn by the girl symbolized the worldliness of the merchant class, and the pearl itself is a symbol of wealth, which is an exaggeration. No ordinary individual in the Netherlands could purchase a genuine pearl of this size. Onlookers are perplexed by the phantom of wealth, which makes them question the uneven society. The picture illustrates the effects of the social divide while also giving rise to a modern viewpoint on economics, politics, and love in an enigmatic way.

Goya's darkness and the two Fridas

As Keats said, a thing of beauty is a joy forever. But there have been times when artists have strived to immortalize their fears, insecurities, and frustration. These compositions are excellent in and of themselves because they make the audience feel less alone. It fosters a sense of community among persons whose views have estranged them. The 'most distressing' group of artworks ever created is said to be Fransisco de Goya's dark paintings. They were painted on the walls of his farmhouse in a phantasmagorical manner of interior design. On the dining room wall, hung a horrific depiction of Cronus feeding on his son's flesh. The sun is depicted as an adult and conscious, unlike prior portrayals of the scenario, with Cronus' fingers pressing into its ribs. When visiting the Prado Museum, some guests are unable to look at this painting. The boggled eyes of Cronus do not appear evil but "kind of shocked at his monstrousness." He was a man of the people who loathed the mob. This darkness is not only on canvas but is a reflection of the grotesque and insane part inside us. It perfectly does the job of comforting the disturbed and disturbing the comfortable. Frida Kahlo is another such artist (famous for her unibrow) whose paintings were a tool of expression, a road for visually translating her emotions, memories, and complex thoughts. "Without hope" shows her desperation when she was bedridden with a candied skull and desert illuminated by both the sun and the moon emanating from her mouth. This devastating surrealism was her signature in another one titled "The two Fridas" we see her transformation post-separation from husband Diego Rivera. The two identities are connected at their heart, and one artery is cut open, the blood staining her pristine white gown. This kind of stimulating imagery has enchanted audiences around the globe with its raw emotional appeal. Art is everywhere, what we see and do, is proof of our individuality and opinion. It is as fundamental as breathing and a medium of expressing what can't be said in words alone, as Nietzsche said, "We have art in order not to die of the truth."