Sex Education In Our Modern World 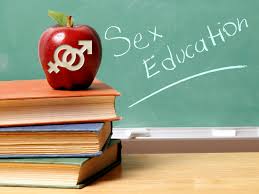 In India, sex education is still a taboo subject. It is natural for a child to be interested in sex and sexuality. In India, however, this is not true. Sexual health, according to the World Health Organization, is a condition of physical, emotional, mental, and social well-being to sexuality, rather than simply the absence of sickness or infirmity. High-quality teaching and learning about a wide range of topics relating to sex, and sexuality, as well as examining attitudes and views about those topics and obtaining the skills needed to navigate relationships and maintain one's sexual health, constitutes sex education. Gender identification, consent, and sexual assault awareness are all part of this. Its goal is to raise sexual health awareness.

Harsh Vardhan, India's Health Minister, announced in 2014 that he vehemently opposes sex education. Vardhan advocated for yoga to be taught in schools instead of sex education. He objected to this education because he considered it went against Indian values.

People believe that sex education is unnecessary. They opine it is redundant to teach it individually or incorporate it into the curriculum. A deep sense of morality prevents a colossal portion of the public from realizing the benefits and necessity of implementing such a program across the country.

It is widely assumed that discussing sexuality and raising understanding about it will corrupt young teenagers. The fundamental goal of sex education is to teach children and young adults the skills they will need to navigate their sexuality and relationships. Humans do not learn how to respect the opposite gender without sex education. Consequently, this results in a rise in domestic violence. Every day, more than 100 boys and girls in India are sexually molested. And it appears as if the number is indisputably going up.

Several undesirable sexual and reproductive health outcomes, such as early and closely spaced pregnancy, unsafe abortions, sexually transmitted infection (STI), HIV/AIDS, and sexual assault, all of which are on the rise at alarming rates. HIV infection affects around 2.3 million people aged 15 and up. In India, this represents about 31% of the entire population affected with AIDS/HIV. Only 45 percent of young men and 28 percent of young women appear to have a thorough understanding of HIV/AIDS and ways to prevent it.

Only a small percentage of adolescents acquire appropriate training for a productive and satisfying sexual adult life. Detailed and enlightening discussions with adults about sexuality and sex issues are absent among adolescents when they need it the most. The complex emotional state in which teenagers find themselves, the stigma attached to sexual problems in Indian society, and pervasive gender disparity make it increasingly difficult for teenagers to obtain the information they require. Although the Indian government launched the ‘Adolescent Education Program' (AEP) in 2007 in partnership with the National AIDS Control Organization (NACO) and the United Nations Children's Fund (UNICEF), Sex Education is still a far-fetched reality. Despite the existence of a curriculum, teachers are unwilling to take up the subject.

For generations, India has lacked adequate sex education.  The use of psychological and socio-cultural factors in the delivery of this education can improve its effectiveness. Adolescence (10–19 years) is a critical time for young people to encounter developmental changes in their physiology and behavior as they enter adulthood, so its provision is crucial during this time. A thorough program encompassing a wide range of topics, such as sexual health, anatomy, physiology, puberty, reproductive health, sexually transmitted illnesses, healthy relationships, and homosexuality, is required.

In India, the main problem with sex education is the lack of information or sometimes the source of information.  There is a distinct communication gap between children with several legitimate queries and their trusted guardians, who may disregard the subject or scold the youngster for even bringing it up. When girls reach adolescence or before marriage, they continue to get information from their mothers. Boys, on the other hand,  rely on their peers for knowledge.

The focus should be on instilling healthy sexual attitudes in young adults and children. It should also provide them and their parents with the data they need to make rational decisions. Children in schools who lack access to information will talk to friends, journals, the Internet, and porn sites, potentially leading to a cluttered knowledge of sex. Because these means of acquiring information are highly unreliable and can be damaging in a variety of ways. If we start normalizing discussions around sexual health and education, connecting it to respect, consent, safety, and love, then this generation will make significantly healthier choices when it comes to sex and sexuality,