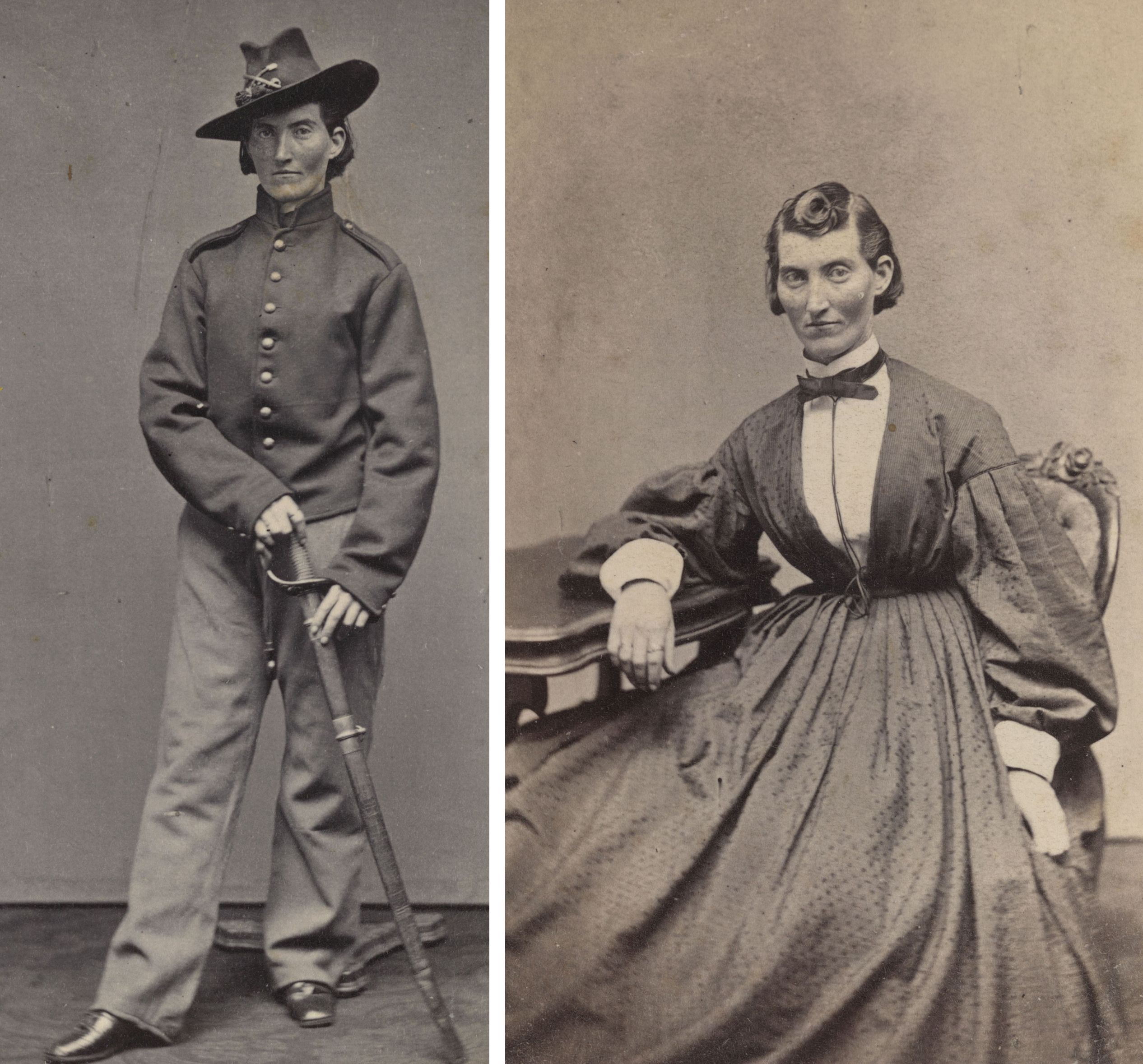 "And of course, men know best about everything, except what women know better" - George Eliot, Middlemarch.

In this 21st century, where women are coming out of the four walls of their home and are stepping out to work shoulder to shoulder with men, several pressing issues are raising doubts about whether women's rights are really helping diminish the gap of inequality? For instance the persisting issue of the pay gap in nearly every industry.

What was it like then, when women were not even considered rational creatures?  Devoid of basic rights, several women had to disguise themselves as men to pursue their passion and global history bears testimony to it. The women from these eras had to live two lives at once, while it was hard to even live just one. And note this, no man had to disguise himself as a woman to pursue his dreams or to protect himself!

The farthest history can recall shows that- the first woman to disguise as a man was Deborah Sampson in the year 1782. At the age of 21, she went into the Continental army under Massachusetts Regiment to be able to be a soldier and was one of the earliest women to serve in the Army. Her true identity was revealed when she fell unconscious on the battlefield. She died at the age of 66, in the year 1827 and her epitaph read- "The Female Soldier".

It was not just for military forces or battles, but every field has had a woman in her time disguised as another gender.

Margaret Ann Bulkley who desired to practice medicine, lived by the name of James Barry in the 18th century. She became the first European to perform a C-section in Africa. She was sent to British colonies to treat patients from war and also train freshers. Cholera and Leprosy came to an end in Africa due to her efforts. She lived her dream with a secret on her shoulders and no one was able to identify her until she died in 1865.

One more well-versed name - Frances Clayton highlights the history during the 1800s. Women, then, were classified as second citizens and not allowed to fight battles. She donned the name- Jack Williams and fought for the Union army in the American civil war. With husbands being in battles, getting into the military was the only way to have financial gain and safety. Gaining employment for women was really hard during those days.

The physical jobs could be gotten through with a disguise but later, history reveals that not just a disguise in appearance but having a woman's name also set the chances of thriving higher. A large number of writers had to keep a manly ‘nom de plum’ or pen name or work with just the initials.

For starters, there was Dawn Cook aka Kim Harrison, who lived with the pen name as she wrote about witchcraft and mystical stories. To make it more relevant, allow me to tell you a well-busted secret- J.K. Rowling! She took the initials to sell her books. Her editor suggested that young boys would not easily accept reading fantasy stories from a female writer. And today we all know, Harry Potter has been the biggest seller of all time.

Moving back in history, we see George Eliot, who is considered a legend and the master of classical writing. G. Eliot was just a pseudo name taken by Mary Ann Evans. Her notable works like - Middlemarch and Silas Marner drew people to believe that these stories actually existed. She listened finely to the ordinary things in life and made masterpieces through these little wonders.

“We did not like to declare ourselves women, because … we had a vague impression that authoresses were liable to be looked on with prejudice" - The Bronte Sisters

The Bronte Sisters are another classic of the literary world. They published their first volume of poetry with the pen names of Currer(Charlotte), Ellis(Emily), and Acton(Anne) Bell.

They wrote of passionate love, heartbreak, and stated forward-thinking statements for women.

“Women read men more truly than men read women. I’ll prove that in a magazine paper someday when I have time; only it will never be inserted. It will be ‘declined with thanks,’ and left for me at the publisher’s"-Charlotte Bronte had said.

Katherine Switzer became the first woman to run in the Boston Marathon in 1972, when it had been all men for 70 years. Women were not allowed in races as people thought that if women did run, they would grow out masculine features due to exertion. So, Katherine went into the marathon with the signature K.V. Switzer. While running, one of the race directors jumped in the way and attacked Katherine saying, "Get the hell out of my race and give me those numbers". He tried to rip off the numbers on Katherine's T-shirt but her coach and partner pushed the attacker away.  Kathrine made up her mind to prove that women can run marathons by completing the one she was running. She finished and the next day the tabloids flooded with her photos.

After this incident, women were allowed to run in the Boston marathon. Katherine Switzer also ran successful campaigns to include women's races in the Olympics.

Similarly, in the year 1959 YMCA Judo Championship in Utica, New York, Rena 'Rusty' Kanokogi participated and won the prize. She did her best to dress up as a man but an organizer noticed her and asked her if she was a female, she answered yes. She was ripped off the medal right on the spot. Later, In an interview, she described it as the greatest humiliation that she faced and hoped no woman goes through the same.

Several such females lived in disguise and kept low because that was the only way to survive as they had no option. It is better these days that women no longer have to take a disguise to pursue the job that they wish to do. Yet, some people will cringe seeing a woman in certain places, doing certain tasks. The rights that women have today make no difference when society turns around and makes it a hard place for women to soar higher. They say times have changed but honestly have they?

"I hate to hear you talk about all women as if they were fine ladies instead of rational creatures. None of us want to be in calm waters all our lives"- Jane Austen, Persuasion.

This article says it all....we are still in dilemma whether the situation has changed yet. This article has been written very well with good enough examples of SHEROES. Loved it.