Social Media: Pros and Cons of the Online Reality 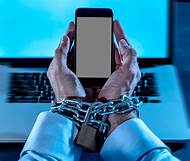 Social media really changed our lives, some say for the better and some for the worse. But, although much used in modern times, what does the term “Social Media” really mean, and what are its implications? It refers to all those means of communication that make it possible to create, share and exchange user-generated content using web-based platforms. Examples of social media are Instagram, Facebook, Twitter, and TikTok.

The development of these new technologies has given us the possibility of satisfying a whole series of needs, that we did not even know we had. It is indeed possible to keep in contact with friends and relatives, through messages and video calls and this is particularly important for those who live far away from their beloved ones. On apps such as Instagram people can also share pictures and videos, creating a sort of album of their best moments, or their worst ones, helping others by giving them strength, courage, and even hope. Different social movements have developed because of this type of fast communication, thanks to which news and messages spread at a fast pace. For instance, the messages given by the “Body Positivity” movement, which promotes self-acceptance regardless of the norms imposed by society, have spread a lot lately. Images depicting non-conventional bodies and features posted on social media platforms help every day many young people in accepting their differences, loving their unique shapes and colors. In other applications people have the possibility of promoting their business, through posts, images, and descriptions, or their skills; indeed, thanks to LinkedIn they can publish their Curriculum Vitae including studies, work experiences, and abilities to apply for a job position. Another positive aspect is the possibility, thanks to social platforms of making new friendships, by meeting people that share the same interests and passions. All over the world, there are plenty of examples of users who first met online and over time developed beautiful relations and sometimes even started dating. On another note, being registered on a social app means being constantly adjourned on events happening all over the world, news spreading in real-time facilitates indeed the information process. Unfortunately, not all the news is true, there is indeed a quite large amount of fake information circulating on the web, which damages democracy, creates contrasts, and promotes negative emotions such as anger and fear.

Alongside the phenomenon of fake news, there are plenty of other negative aspects that we should at least be aware of. First of all, our privacy is compromised every time we expose ourselves, post pictures, or accept cookies. Secondly, different phenomena taking place online can seriously harm the mental and physical well-being of individuals. Among the many, there is cyberbullying, which refers to the use of electronic communications, in particular messages on social networks, posts, and chats, but also emails and SMS, to harass someone, generally using defamatory, intimidating, or threatening language. This phenomenon very similar to bullying is deleterious for the victim, who very frequently develop a form of anxiety, depression, or suicidal thoughts. Victims are also those who find themselves being catfished by other individuals. Catfishing is the act of scamming or deceiving someone online using a fake or stolen identity. This also allows child predators to contact their “preys”, gaining their trust and finally convincing them to chat and even meet, with the aim of sexually abusing them.

Finally, one of the most common problems linked with the use of social networks is addiction. Indeed, with the passing of time, thousands of people have developed some sort of addiction to the web. An increasing number of people desire to be online at all times, passing an everyday increasing number of hours on the Internet. For example, it is estimated that in the Philippines users spend around nine hours a day in front of a screen. This type of dependency is similar to drug addiction, in fact, social media content and likes stimulate the release of the pleasure chemical dopamine. The latter being responsible for allowing us to feel pleasure, satisfaction, and motivation, triggers a process whereby the more we use social media, the more we crave it. In addition to that, the fact that applications track our activities, help software engineering in developing personal advertisement so that our feeds are perfectly customized according to our tastes. Among the many, addiction can cause a sense of anxiety and inadequacy, procrastination, the neglect of important relationships, feeling of isolation, poor performance in school or at work, and even depression. Two other new phenomena characterize our daily use of social media, and they are FOMO and doom scrolling. FOMO is the acronym that stands for “fear of missing out”. This expression designates the actual fear of missing something, mainly relevant news or an exciting and interesting experience, together with the feeling that others have a better and more fulfilling life than ours. To this, it is strictly connected the search for constant digital contact with others, to always be aware of what they are doing. This feeling usually evolves when people see posts and stories, on applications such as Instagram or Snapchat, of others living moments that seem to be thrilling and unforgettable. In that instant, suddenly, our life seems boring, dull and we feel a sense of failure. Envy increases and self-esteem decreases. But the thing is that we tend to overlook or ignore the fact that friends and strangers show mainly or exclusively only the positive side of their existence in the platforms, so we never know what they might actually be experiencing daily. On the other hand, doom scrolling indicates a tendency to obsessively search for bad news online, this usually leads to a sort of “catastrophizing”, which is the act of always thinking about the worst-case scenario.

In conclusion, as we have seen, social media have both ups and downs, and at the end of the day, it is completely up to us to use these powerful tools in the correct way with time limits, the acknowledgment of the possible risks of being online, and the awareness that real life is outside.

A view into the dimensions of depression