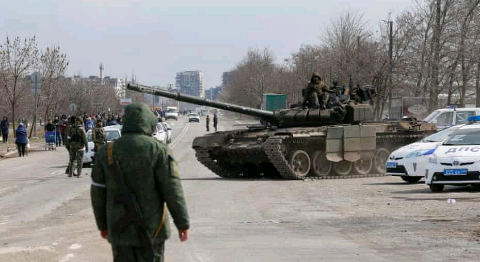 The war on Ukraine has captured the attention of many nations, among them being that of South Africa. I have gone out and asked South African citizens what are their views on the war on Ukraine, and many of them have opened up to me and expressed their most honest opinions on what they think is an unfortunate turn of events. Russia and Ukraine are countries that have been at war for as long as humanity can remember. From the uprising of Russians in the form of Bolshevism that inspired South Africans to identify their revolt against the apartheid regime as Bolshevik in the 1920s to the reign of the Soviet Union, Russia has been well-known for conflict. Even writers such as Tolstoy and Dostoevsky have written volumes of literature on Russian conflict and those writers have now been banned in several countries as a result of the war on Ukraine.

Some South African citizens advise that South Africans do not involve themselves in the matters of the West, as the West has shown no interest in the movement towards “Black Lives Matter”. Other pan-African citizens disagree with the notion of not involving South Africans, as they believe that the war on Ukraine is a reflection of the war against imperialism, which is the war against the West or the United States. These pan-Africans furthermore assert that imperialism is the main enemy here, and Russia is well on its right to demonstrate its independence against the powers that wish to impose their ideologies on the country. Some South African citizens believe that Putin is acting out of a philosophy of fascism and that his intentions are not to liberate anyone but to exercise power and systematic racism on Ukraine and Russian citizens who do not support Putin.

While South Africans are budding heads on what is wrong or right about this war, the consequences of the war are very much real and impeding. As mentioned earlier, Russian literature has been banned already in several countries that do not condone Putin’s philosophy. Whereas the most humble of the South African community are worried about the welfare of the world that is watching in terms of the economy. Religious members of the South African community are praying very hard for the war to be put to a stop as it may lead to world hunger. They are saying that nothing good can come out of the war as nothing ever has. As we speak, South African students who were studying in Ukraine have suffered the most for being unable to return to the South African shores. South African students’ lives have been put at risk due to this war as their families sat helplessly at home waiting for their loved ones to return unharmed.