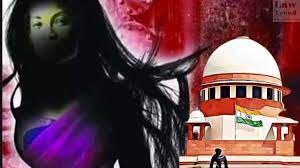 The 21st century was hyped as the technological era and topped it with the lockdown period during Covid-19, which was, in reality, a technological boom in the century. This emerging field grows new features and responsibilities in the systems. I would quote those golden words “with great power comes great responsibilities.” A variety of factors can determine this phenomenon, but interoperability of technology and the adoption of standardization have been major catalysts in this phenomenon. As a result, this convergence necessitates that a common standard is made available to all on equitable terms. However, many of these important standards' components are protected, i.e., are standard-essential patents (SEPs), meaning the patentee's exclusive right to use and exploit the SEP. At this point, a difficult yet fascinating legal battle between competition law and intellectual property rights (IPR) regimes begins.

A Standard Essential Patent (SEP) is a patent that claims a discovery used to meet a standard. These standards typically pertain to patent-protected technology. Standard Essential Patent refers to a patent that shields a technology that specifies measures by technologies in that sector. After long meetings and discussions over a particular standard, these standards are set by the standard-setting organizations (SSO). An example of a standard may include A4 Size, USB, LTE, etc. Standard is defined as ‘a set of technical specifications that seeks to provide a common design for a product or process.’ SEP holders are obligated to license their intellectual rights on Fair, Reasonable and Non-Discriminatory (FRAND) terms.

Competition law is a set of rules intended to promote and preserve market competition. These laws are primarily used worldwide, with active enforcement and advocacy activities. Over 100 nations now have competition law regimes and competition law enforcement bodies Telefonaktiebolaget L M Ericsson (Pub.), M/s Ericsson India Private Limited, where royalty payments linked to licensing of SEPs were evaluated. While the discussion over SEPs in India is still in its early stages, it has created various jurisprudential difficulties concerning the interaction between the Competition Act, 2002 (Competition Act) and the Patents Act, 1970. (Patents Act). For example, whether acts relating to SEPs can be investigated under the provisions of the Competition Act or whether the Competition Commission of India (CCI) has the judicial authority to investigate a SEP holder's alleged anti-competitive conduct, including the fairness of the FRAND terms.

To date, the CCI has opened investigations in three cases [4], involving, among other things, Telefonaktiebolaget LM Ericsson's (Ericsson's) alleged violation of FRAND license requirements for the use of its eight SEPs [5] integrated into the 2G and 3G wireless cellular standards. However, all instances involving SEPs must be considered in the context of Section 4 (Abuse of Dominance) in respect of their anti-competitive implications, rather than Section 3(4), which deals with agreements, and Section 3(5), which concerns with agreements protected by IPRs. As a starting point for antitrust investigation, this preference for Section 4 presents various problems.

Micromax additionally claimed that using the downstream device's sales price as the royalty base violates SEPs that would eventually harm consumers. Finally, Micromax claimed that Ericsson demanded high royalties since there was no alternative technology. However, Ericsson is the exclusive license for SEPs that must be applied in 2G and 3G Wireless Telecommunication Standards.

CCI claimed in its interim order that Ericsson was the biggest producer of SEPs for communications technology and held a dominating place in the industry for devices that applied standards such as 2G, 3G, and so on in the marketplace. CCI believes that FRAND licenses are primarily meant to prevent the patent hold-up and that patent hold-up weakens the competitive process of selecting among technologies, endangering the credibility of Standard-Setting activities. CCI further claimed that Ericsson's royalty rates were exorbitant and discriminatory because they were calculated as a percent of net sales of downstream products rather than the price of the GSM or CDMA chip.

The CCI ruled that the proposed royalties had no connection to the patented invention, making them discriminatory and violating FRAND requirements. In W.P No. (C) 464/2014, Ericsson contested the CCI's order in the High Court of Delhi. In an order dated January 21, 2014, the Court barred the Competition Commission of India or its Board member from issuing any Final Order in the matter.

The Delhi High Court (Delhi HC) observed in its order on a jurisdictional challenge to CCI's investigation by Ericsson that, while the Patents Act was a special law in terms of patents and would overturn the Competition Act in case of lack of consistency, the laws and regulations could function cohesively given that the solutions offered by the adjacent elements were not interdependently exclusive. Moreover, both ordinances contemplated the ability to exercise control by diversion.

Given the present undercurrent of the invention boom, both globally and in India, and the concomitant increase in patent applications, the CCI is anticipated to face more difficult issues deriving from the usage and licensing of SEPs in the coming years. While the Delhi High Court's decision is significant in resolving the CCI's authority over antitrust issues of SEPs, the CCI's final decision remains to be seen in these instances. However, the CCI would have to tread carefully on this route, making appropriate referrals to the patent institutions pertaining to matters that it is not competent to address, and will also have to avoid acting as a pricing regulator in its findings for unfair royalty fees.

Finally, it will be fascinating to observe if the CCI and patent officials will have a unified posture or if there will be a Catch-22 situation in which the CCI considers obtaining an order by a patentee to be an unfair act. In contrast, the patent authorities judge the licensee to be uncooperative.