Steps Beyond The Binary 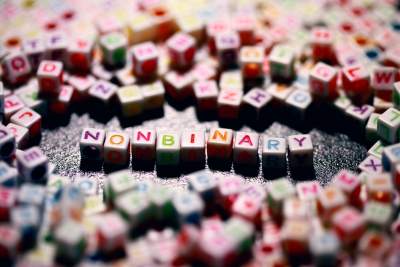 Uttar Pradesh’s Kushinagar emerged more prominently on the map of India during December 2019. The district was chosen as the location for India's first institution dedicated solely to transgender students. To many, this is yet another step in educating this population and enabling them to live a respectable life.

The Supreme Court recognized transgender people as the third gender in a landmark judgement in 2014, ordering that they be given quotas in workplaces and educational institutions, just like other minorities.

This served as a foundation for defending the community's constitutional rights. Recognizing the matter as one of human rights, the bench stated that transgender people are also citizens of the country and have the same right to equal opportunity as everyone else, regardless of caste, religion, or gender, as our constitution provides.

Despite the legal backing, the community continues to live on the periphery of society, surrounded by suffering and stigma.

Discrimination and bullying are common among transgender students. A transgender from Bengaluru was reported in a 2019 report by the International Commission of Jurists as saying, “It (studying) became hard for me because everyone made fun of me… I felt troubled both at home and in school, so I decided to stop school”.

Even now, there is a significant absence of community understanding and sensitivity in educational institutions. This has a negative impact on the community's prospects of receiving an education, which has a long-term impact on their economic situation and way of living.

A 2017 National Human Rights Commission Report highlighted that 52.61% of transgenders have a monthly income of less than Rs 10,000.

Furthermore, according to a report by The Wire, most transgender people do not have Aadhaar or voter cards, making it difficult for them to avail government schemes and rights.

Steps towards a better future

According to the 2011 census, the transgender population has a literacy rate of around 57 %. These rates have an impact on the community's ability to seek employment and gain a better foothold in society.

However, the picture is not entirely dismal. Various NGOs and civil society groups have shifted their attention to assisting in the expansion of educational opportunities for this community.

The Sahaj International School in Kochi was one such move. It was designed to be a transgender residential school starting in 2016. Its goal was to help them finish their education and become "eligible for taking decent jobs" and live a dignified existence.

However, a Deccan Chronicle report highlighted how the school failed and was turned into a hostel as a result of “no action” to implement the vision.

Another effort in the direction is the Kinnar Vidyalay, established by NGO Shri Mahashakti Charitable Trust in Maharashtra.

In 2019, the Fazilnagar block of the Kushinagar district garnered headlines after it was announced that it would be the site of the country's first Transgender University.

The foundation stone was placed at the Naktaha Misha community on December 23rd, 2019. The Akhil Bharatiya Kinnar Siksha Seva Trust is constructing the university.

President of the Trust, Dr. Krishna Mohan Mishra was quoted saying, “In the university, the transgender community will be able to study right from class one to PG and even do research and get a PhD degree”.

This step is believed to offer the country a new direction.

Everyone is aware of the problem, and steps are being taken gradually. More social awareness and sensitivity toward the community are required to actually assist the community to have a better life.

Others, such as activist Kalki Subramaniam, emphasize that inclusion is a two-way street and that transgenders must "adapt to the changes" and "start contributing to society."