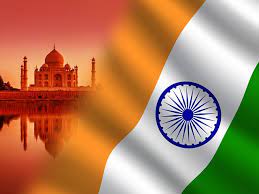 India and Indian culture, as a massive and lively country, are loaded with stereotypes. Although some stereotypes may have some truth to them, relatively few of them are based on fact. Stereotypes often reveal information about the person or individuals who hold them. We all must examine and address the misconceptions we cling to about others. It will assist you in appreciating the depth of a culture and community by eradicating these myths and corrupted truths.

A stereotype is a widely held opinion or generalization about a subject. And, let's face it, stereotypes abound in India, much to the dismay of its residents. For those who are intrigued, India, the land of colors and diversity, has a lot to offer. Every foreign visitor to India has a set of preconceptions about what the country has to offer, and while these stereotypes are mostly accurate, there are a few things to consider before making your decision.

Many people have admired India for the one-of-a-kind experiences it provides. However, there are many stereotypes about India that are not true. It is necessary to eliminate preconceptions about India and Indians.

. Indians are uncivilized and make the country dirty-

Certain erratic habits, such as cutting in line and spreading trash everywhere, may create the impression that Indians are uncivilized. There are unquestionably different etiquette rules in India compared to the West. This is a legacy from a time when living standards were lower and resources were scarce. For many others, life was and continues to be a daily struggle. Furthermore, Indians are accustomed to people cleaning up after them. The assumption is that someone (perhaps a scavenger) will ultimately pick up or burn the trash. However, people's knowledge is expanding, and they are modifying their behavior. They are growing less tolerant of those who lack fundamental decorum as a result of this process.

. A lot of Corruption-

Unfortunately, in India, corruption is a huge issue. The problem intensified in the years following India's independence, and it began at the highest levels of government. It spread since there was no legislation in place to punish it. Citizens had no choice but to follow the lead of ministers, and bureaucrats had no choice but to follow it to get any job done. As a result, it has infiltrated all levels of government and society. The public's tolerance for corruption, on the other hand, has reached an all-time low. Political movements against corruption are rising, and several measures are being implemented to combat it.

While literacy levels in India, particularly among women, are low, it is crucial to realize that in a country with such a large population, generalized conclusions about the entire country are wrong. The stereotype that Indians are illiterate is untrue; in reality, education is highly valued, among Indians. Hundreds of thousands of schools exist across the country, with legally recognized educational systems differing by location. The assumption that Indians are uneducated is arguably the worst and most untrue.

The truth is that in India, education is incredibly essential. Even poor village families seek to provide the best education for their children because they understand that education is the key to a better future. In India, doctors and engineers are at the top of the occupations list. MBAs and PhDs are both prevalent degrees. India also has a plethora of business schools, and the government is working hard to ensure that higher education is of excellent quality. India's educational system is competitive and demanding, and children are assessed from a young age.

. India is an impoverished country-

The impression that all Indians are poor is widespread, and media portrayals of the country contribute to this perception. While it is true that a large section of the Indian population lives in poverty, and that there are numerous beggars and highly visible slums and shantytowns around the country, this is not the reality for the entire country. India is home to a substantial number of the world's wealthiest people, and a large number of Indian nationals are billionaires both at home and abroad. Slumdog Millionaire had a significant impact on how India, was viewed around the world. A large number of beggars in India does not improve matters. People are becoming more materialistic and concerned about their status and beauty as a result.

. Many Gods are worshipped-

India has 330 million gods! Multiple-headed and armed gods and goddesses! While Hindus believe that God is present in everything, they think that it is all manifestations of Brahman, the one source and creator of existence. As a result, all living and non-living things are considered pious. Individual elements of Brahman are represented by each of Hinduism's many gods and goddesses. Ganesh, for example, is revered for bringing good fortune and removing obstacles.

There is no one-size-fits-all approach to Hinduism. Rather, followers are free to worship whichever deity they like. While this is true, it's vital to note that Hinduism is a monotheistic faith, meaning that it only has one God. The Hindu religion's millions of Gods and Goddesses are thought to be representatives and avatars of the one supreme God. Therefor, the answer to the question of how many Hindu Gods and Goddesses, there are varies depending on who asks.