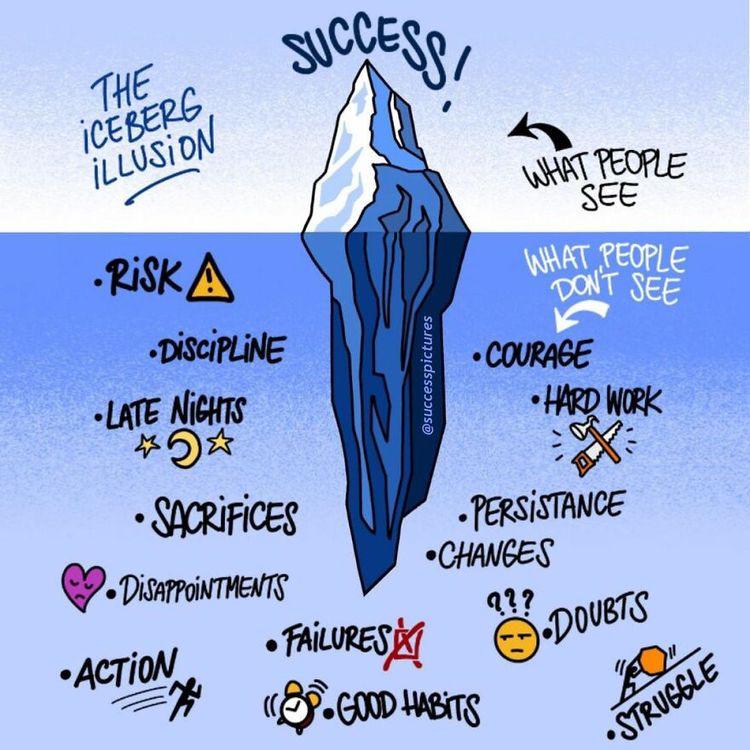 What is success? Is it an idea, or a feeling, or simply just an illusion? Are we fooling our minds with this thought, or is the mind fooling us? For some, success is having full meals twice a day for the next 30 years. For some, it’s about becoming a billionaire, and for others, it’s just running in the race until they give up.

Elon Musk, Michelle Obama, Bill Gates, Jeff Bezos, Indra Nooyi are some of the wealthiest people in the world we know. One thing common in them is that they don’t work to be successful; instead, they just follow their passion with complete dedication and give in their hundred percent. But again, how does one know whether they have attained the epitome of success in their life? We don’t. A person who wishes to get his/her colleague an ICU bed or a plasma donor during this challenging time and manages to get it to them, this may be termed success for that person, or if a person wishes to sign some deal and get it done could be a success too. For some people, it may be that they are not aware of what they want right now, but that doesn’t mean they do not aspire to be successful. Anyone with the most negligible achievements could be successful, and anyone with the highest could be not, in their opinion.

“Every day, every week, every month, and every year of my life, my hero’s always ten years away. I’m never going to be my hero. I’m not going to attain that. I know I’m not, and that’s just fine with me because that keeps me with somebody to keep on chasing.” - Mathew McConaughey. McConaughey said this when he was receiving Oscar Award for “The Best Actor” in 2014, and he was pretty clear that the Oscar Award was not the ultimate success of his life. His message was clear that he just wanted a purpose to chase his dream and be the best version of himself every time he thinks of his hero.

Success//: the accomplishment of an aim or purpose. The definition says it all. Success is simply completing one task post, which you can head on to other tasks. It is a continuous process of self-improvement. Once you achieve what you want, you will want more and more. So the margin of success consistently exceeds. For instance, you call the genie, ask for two wishes, and for the third wish, you wish for more wishes. No one can put a full stop to success, your needs exceed, and your wants exceed, and the definition of your success changes each time. It’s like you have appetizers, and you feel the hunger for the main course.

Now, what is success? In my opinion, success is the status of having achieved and accomplished an aim or an objective. It is the feeling of satisfaction after achieving your dream. It’s when you sleep at night without noticing the fact that you have accomplished your aim. When you feel that now that you have completed this particular thing, you can do more and better than this, it’s when you realize your mistakes after a failure and overcome it. It’s when you know that you have to grow more. It’s when you inspire people to get out of their beds every day and give their hundred percent towards their goal. When you are the reason, your friends, colleagues, or your family members are motivated. This is what success means to me.

But what if you fail? What if you did the right thing but did not get satisfactory results? This means that you have the aspirations to be successful. You want to become successful. One’s failure doesn’t decide how successful you want to be. It’s just the passion that you need to push yourself further until you realize you have done your best. The one thing common between success and failure is that the person will always attempt to give his best regardless of the result. It doesn’t matter if you pass or fail. Success is a journey in itself. Success is the journey where you have your paths of failure, drawbacks, and satisfaction. In the end, you just need to find what success is for you.

The Pursuit Between Passion and Practicality