Survival Of Local People Of Deoghar, Jharkhand In Lockdown 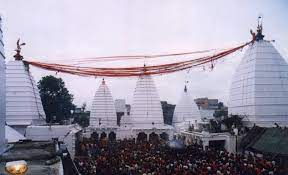 Deoghar is derived from a Hindi word meaning abode (Ghar) of the Gods (Devtayein) and Goddesses (Devi). It is also known as "B. Deoghar", "Baidyanath Dham", or "Baba Dham". The establishment of Baidyanathdham is lost in ancientness. In Sanskrit texts, it is referred to as Haritakivan or Ketakivan. The name Deoghar appears to be of recent origin, and it is most likely associated with the construction of Lord Baidyanath's colossal temple.

Baidyanath Dham is among 12 Lingsa and is also one of the 51 saktipeeths in India, described in our ancient religious book. It is famously known for Shrawan Mela (5th month according to the Hindu calendar system). It is the only spot in India where you can see both the jyotirlinga and the saktipeeth are together. They lay side by side. 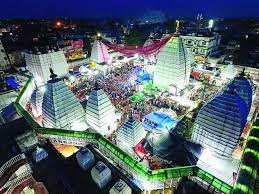 Every year, between July and August (on the eve of Shravan month), roughly 7 to 8 million devotees travel from all across India to Sultangunj, some 108 kilometres from Deoghar, to offer holy water from the Ganges to Shiva. The Bhakts are fatigued with long marches on foot and fasts, but they look fresh as a baby. Trains, Buses, and Cars bring loads of bhakts to the city, bringing a season of joy and merry. And as they return, they take away the warmth along with them. Baidyanath Dham is one of the most mystical destinations in Indian tourism. Many parts are untouched till recently. There are ruins of many Buddhist monasteries around. The Baba Baidyanath Temple is the most important in town, attracting hundreds of pilgrims every year.

Effect Of Closing Of Temple On Locals

The closing of the temple led to the priests who worshipped the different deities in the temple are left with little or no money saved earlier. The truth cannot be hidden that priests have the earnings only from the temple and the people visiting it. The nearby shops that usually sold plenty of ingredients for puja and miniatures of deities are suffering in silence. Tiny tea outlets present at almost every 100 meters are living off by selling cold drinks and toffees. The transport system with rickshaws, autos, and buses has seen massive plummets because few or no passengers can use them.

Also, darshans at the temple are restricted.

Deoghar, famously known as Baidyanath Dham, depends on the tourists who visit the temple throughout the year. The closing of the baba temple due to COVID 19 with a twist of several lockdowns this year led to financial losses for many people who worked in the tourism service. However, regular worship at the temple by the designated priests is allowed.

All public places of worship — temples, churches, and mosques-were closed when the lockdown was imposed. The closure has not only shrivelled the income of temples but also made the lives of priests difficult. The overall losses in a lockdown cannot be estimated. Street vendors suffered to the highest.

The re-opening of the Baba temple would have indeed caused chaos. A violation of rules about COVID-19 is usually expected from the crowd. Although it is essential to limit the number of people entering the temple, according to one survey, about 10,000-15,000 devotees visit the temple for worship. Deoghar deputy commissioner (DC) Nancy Sahay said that he requested all the devotees to stay in their homes and avoid visiting the temple. Visiting temples may increase Coronavirus spread. Furthermore, several famous temples across the country have already been locked from a safety and security point of view. 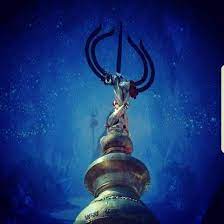 However, it is next to impossible for the local devotees to stay away from the Baba Baidyanath Mandir, which, according to them, is a source of peace and energy. Bhakts are satisfying their urge to get the darshan just by locating the panchshul far from the gate of the Mandir.