Taking away the filter 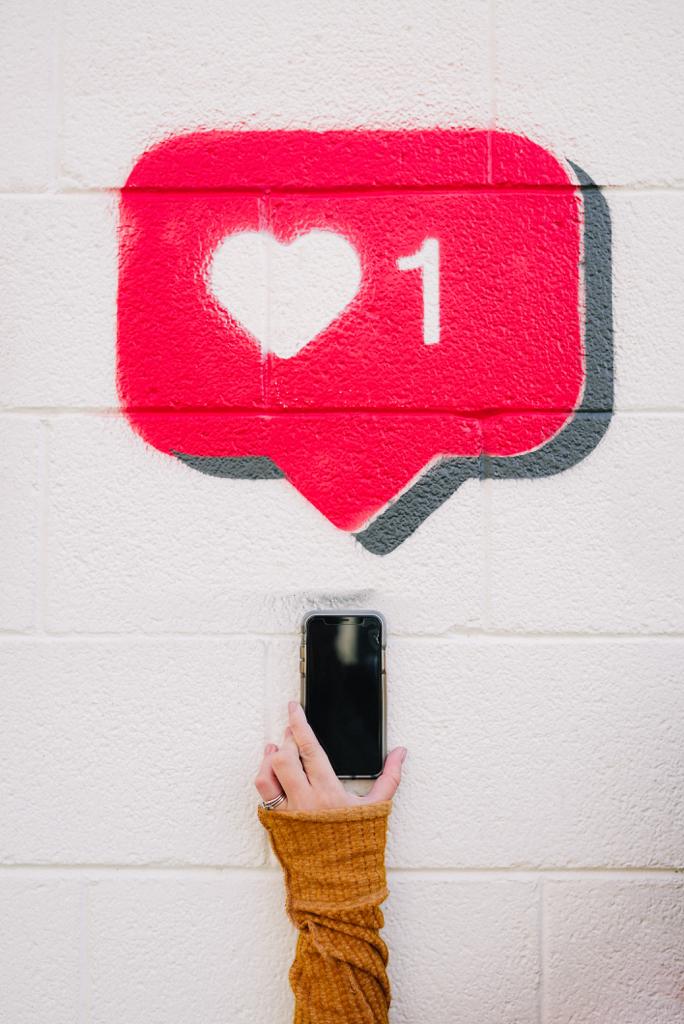 Everyone who’s anyone is on social media… as some less observant may put it. The world is engrossed by likes, memes, scrolling and constant content. Long gone are the days of widespread letter writing and telephone calls. Everything we could want to entertain ourselves with is right there at our fingertips, connecting us with others than we have ever been before. Globally, the average amount of time users spend on social media is 147 minutes a day. However, our relationship with social media is not all it's cracked up to be.

The use of social media stimulates our brains just as much as it does our fingers. Our brains release dopamine which makes us feel good; dopamine is released from the reward part of our brain, the hypothalamus. This chemical is linked to other pleasurable activities such as food and sex. As our body demands this feel-good feeling, the addictive nature of social media platforms keeps us coming back for more. If we consider Instagram, being notified that someone has liked your picture is the reward our brains crave so much. When posting a picture, the unknown can be intriguing, not knowing how much interaction a picture will get and who will like it keeps people engaged. Due to the uncertainty, we continue to check our accounts for updates, reinforcing the idea we will receive pleasure from doing so. Literature deems social media to be more addictive than cigarettes or alcohol.

The ever-changing landscape of social media is designed to be in such a way so people are never bored, there is always a new trend or a new feature, playing into FOMO (fear of missing out). Humans are social creatures and having connections with others is a need. Lack of connections with others can lead to isolation and depression. FOMO allows us to assume our friends or social media connections are leading more interesting lives, playing into the addictive nature of continually checking social media to see what others are doing and fearing exclusion. Notifications are a constant reminder of what we are missing out on.

Just one quick look…The constant urge to check one’s phone and refresh the page every few minutes can give that instant satisfaction of the feel-good feeling. Social media allows us to feel connected with others, maintain relationships and build on these connections. However, if this feeling is not received through the use of social media, if we consider waiting for a message from someone, or not receiving enough likes on a picture this can lead to intrusive negative thoughts of not being ‘popular’ enough or ‘well-liked’. Unfortunately, many rely on social media for self-validation and life satisfaction, so whilst the intentions of social media, may be pure, if gratification is not met, it can lead to loneliness, negative self-image and anxiety. So, the search for validation continues. One study linked social media use to issues with sleep being a predisposition to depression and memory loss. Those using social media from their early teens are more likely to suffer from mental health. Instagram has been rated to have the most negative impact on well-being and YouTube the most positive.

Distorting our idea of reality comes in many forms. Anyone can share anything online, leading to widespread misinformation, oversharing and negativity. Social media leads us to believe everyone else has a perfect, fairy-tale, life. With most only putting their best foot forward, and showing the highlights of their lives, it is so easy to feel jealous. For teens especially, it can be difficult to distinguish between what is real and what has a filter for the social world. Even with our own images, we can spend so long trying to take the perfect picture that is visually appealing and fitting with our feeds. Spending so much time trying to please people online can deter away from the joyfulness of life, deterring attention away from enjoying what is actually important. This can distort the way we look back on our memories.

With Snapchat filters and Facetune, one’s face can be altered within a matter of minutes. Plastic surgeons have reported a surge of clients wanting to look more like their filtered pictures. This façade that many uphold online can be very detrimental. Comparing one’s self to a filtered image of another with big eyes, lips, a perfect figure and not a hair out of place can be detrimental to one’s health.  Research has recently found that 9/10 of females are unhappy with their appearance. Scrolling through social media and being overwhelmed with perfect pictures will evidently cause comparison to one’s own life. When expectations are not met, this can cause a lack of self-esteem and overall well-being, calling people to question “why don‘t I look like that?” Many influencers have reported taking over 100 pictures before finding the one to edit and post on social media. Many have begun sharing their “before and after” images “with and without photoshop”, expressing how superficial social media can be.

Despite Instagram now providing the option to remove likes on images, people still compare. The growth of social media has caused an influx of new ‘celebrities’ also known as influencers. The industry has generated millions of dollars, with some influencers averaging $5,000 a month. Income is generated through affiliate links, brand deals and selling merchandise. Opening new job ventures and the opportunity to explore creativity, it is estimated that 29% of children are aspiring to be influencers when they grow up. The idea that one can earn so much money through social media seems almost alien 15 years ago and so far away from the typical 9-5 job. Influencers present a posed image of reality. Their filtered lifestyle is swooned over by many impressionable people.

To live by comparison is no way to live.

One of the greatest positive arguments for social media is staying connected with family and friends. However, with people spending so much time on their phones and so little engaged in the real world, this can lead to a huge lack of communication. People often use their phones as a comfort blanket or a barrier when in public, deterring people from talking to them, acting as a distraction in uncomfortable situations. People are watching the world through their phones rather than their eyes. Seemingly, people are becoming more acquainted with their friend’s digital personas rather than with them in real life. As well as this, research suggests the more time spent on social media, the more trouble one can have

falling asleep. Revenge bedtime procrastination has recently become an online phenomenon whereby people delay their sleep in order to regain control of their day and lack of free time. Cyberbullying brings an added dimension to the complex world of bullying. Research has concluded more is need to be done by online platforms to tackle cyberbullying. 60% of young people have reported being the victim of online bullying with the LGBTQ+ community being most at risk. Cyberbullying can have detrimental and long-lasting effects on mental health; depression, anxiety, self-esteem issues, social exclusion and phobias. Accountability is important in any aspect of professionalism, yet many feel as though are owed something from those they follow online. Many influencers have reported receiving hateful comments from trolls and even death threats. This idea that people can say anything to anyone online with no remorse or human decency is shocking and completely damaging to those who are on the receiving end. Masked by anonymity and the somewhat lack of consequences seems to spare ‘keyboard warriors’ on to maliciously bully others online, whether it be jealousy or reflecting their own insecurities onto others, they hide behind an online façade.

Mental health is no longer taboo. Influencers themselves are talking about their own mental health and promoting seeking help. Many are also advocates for mental health in their own right, sharing posts from medical professionals. As well as this, many pages share beautiful drawings of information on mental health conditions, trauma responses and tips on how to manage mental health. Community pages can also be found on many platforms allowing like-minded people to meet safely online and share their stories. With news and communications able to reach the masses through social media, it is an effective way to increase awareness about certain issues, including mental health.

Social media can bring positivity, well-being, self-image and confidence. Social change, creativity and connections can be inspired through the use of social media channels bringing like-minded people together. With the world being so closely connected through the internet, we are exposed to more cultures, religions and people’s personal experiences improving access to information and understanding.

Singling social media out as the cause of social media would be wrong, people suffered with mental health conditions prior to social media and continue to do so with little to no influence from it. However, the addictive, FOMO nature of social media continues to gage people’s attention and refuses to let it go. Understanding that social media is not all it seems is a challenging concept, but the filter many hold over their social media can lead to comparison, lack of self-esteem and depression. Anonymity, as a friend or foe, means a huge lack of accountability online, fuelling cyberbullying and trolls. All these factors can take away from the inspiring and connective environment of social media.