TEN HISTORICAL PLACES OF INDIA FOR A RENDEZVOUS 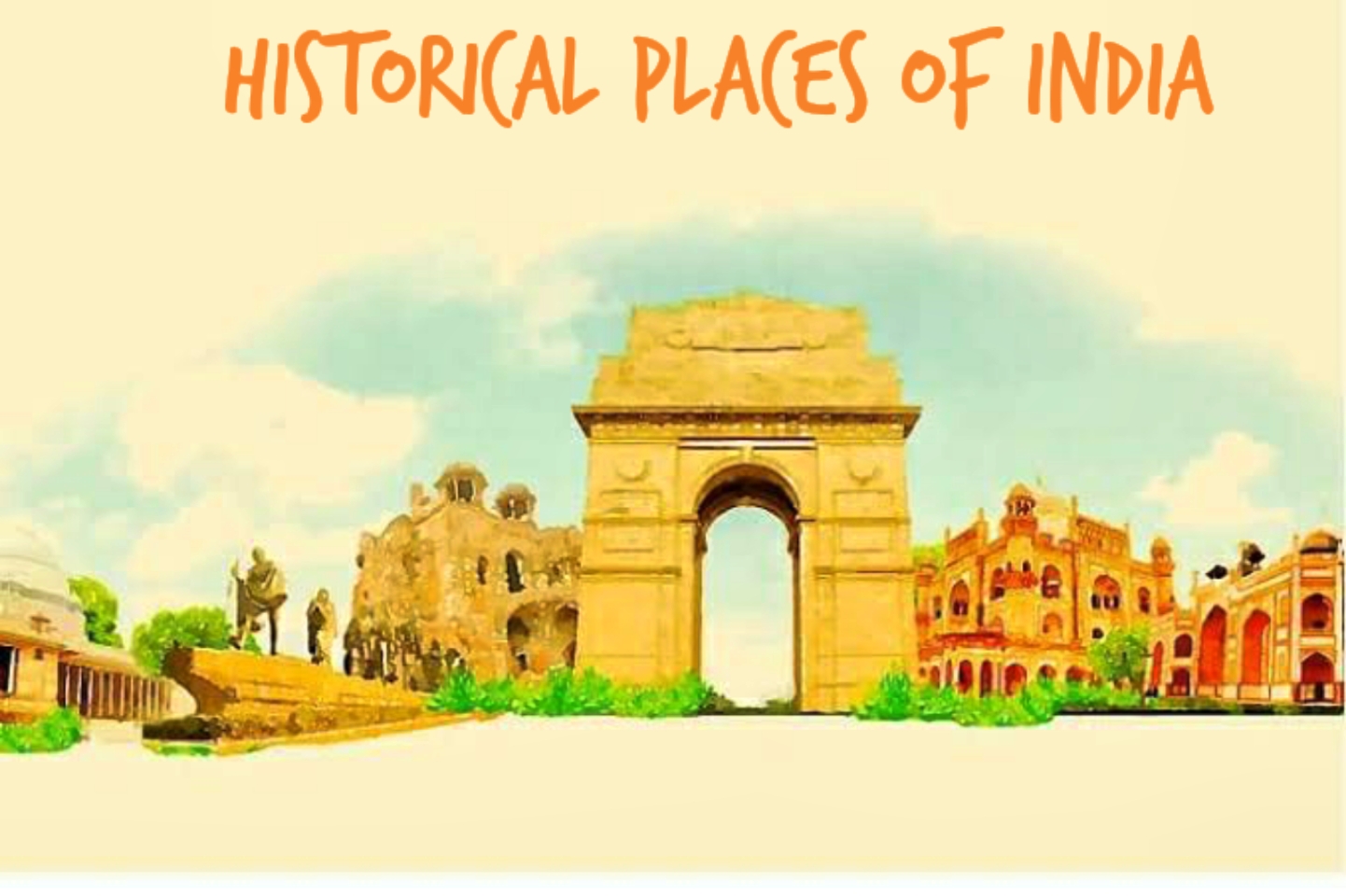 India is one of the oldest civilizations. It flourished and prospered at a time when other contemporary civilizations faded away. Its trade, commerce, kingdoms, and monuments reached new heights of success with time. Monuments are nostalgia of history and the historical monuments remind us about our Indian culture every time we see them. To understand our culture and the monuments that are associated with our country, by this article I am taking you guys to the paths of these top 10 historical places in India. Well, there is a total of 43 monuments in India but here are the top 10 monuments that you must not miss in your traveling list.

As we all know that Delhi is the national capital of our country. Many historical places are located in Delhi and India Gate is one of them. India Gate is a memorial building that was built in 1931 in Delhi. This monument with 42 meters of length is often compared with Arch de Triomphe in Paris.It is located on the Rajpath and is made to pay tribute to the 82,000 soldiers who died during World War 1 and 13,000 soldiers who were martyred in the Anglo-afghan war. It is a beautiful and mesmerizing place to visit with splendid light and gorgeous lawns. Every year there is a parade at this place on the occasion of Republic Day. People from different parts of India come to Delhi to visit this place especially to watch the program on Republic Day.

The second most beautiful and historical monument on our list is the Victoria Memorial, located in the heart of Kolkata. The Victoria Memorial is named after Queen Victoria and was built during the British era. This monument looks very brilliant with lush green gardens and a white marble structure. The whole museum is filled with British architecture including unique paintings, sculptures, and weapons. The royal portrait of Queen Victoria adds more grace to this elegant museum. The idea of this monument was given by The Viceroy Lord Curzon but it was designed by Sir William Emerson. And if you are a true traveler then you must visit this beautiful place in the evening to attend the evening show called ‘SON ET LUMIERE’ when the monument is lit up with lots of lights.

Taj Mahal the epitome monument of love is one of the most famous historical places in India. It is located in Agra at the bank of the river Yamuna and was built in 1648 by Mughal emperor Shah Jahan in the memory of his beloved wife Mumtaz. This monument signifies the eternal love of Shah Jahan and Mumtaz and that’s what attracts everyone’s attention. Taj Mahal is listed as one of the Seven Wonders of the World.In 1983, the Taj Mahal is designated as “ the jewel of Muslim art and one of the universally admired masterpieces of the world’s heritage” by the UNESCO World Heritage site. In addition to the above things, I can say that you must explore this beautiful place once in your lifetime.

Mumbai is considered the busiest yet the largest city in India. It is formerly called Bombay which is located on India’s west coast. The gateway of India is the center of attraction for visitors. In 1924 this epic monument is built by the British raj which is considered the favorite place for visitors in modern times. This ancient building was inaugurated by The Viceroy, the Earl of Reading. Many vendors, sellers, and stalls give this place a pleasant environment.

Madhya Pradesh is widely known for its historical place known as Sanchi Stupa. Sanchi Stupa is the greatest stupa that is built on a hilltop in the raisen district of Madhya Pradesh. This monument is famous for its dome-shaped stupa that is encompassed by Buddhist architecture. According to the UNESCO World Heritage site, this stupa is visited regularly by numerous visitors.

Qutub Minar is one of the famous and tallest creations in Indian history. This enormous monument is located in Delhi and was built by Qutub Ud-din Aibak to depict the first Muslim Kingdom in India. It stands at a height of 240 ft making it one of the tallest towers across the globe. With its Iranian architecture of red sandstone and iron pillars that have not rusted till now, Qutub Minar is considered a famous tourist attraction in India. Qutub Minar is a must-visit place in Delhi and you will love this aesthetic place.

Jaipur, the pink city of India’s Rajasthan state evokes the royal culture of ancient history. It is known as the pink city after it was painted pink to welcome Prince Albert. Jaipur is known for its royalty and ancient culture and the Amer fort located there makes a glorious moon to this pink city. Amer fort or Amber fort is an epic monument located in Jaipur and is built with both red and white sandstone with carvings on the ceiling. The most elegant part of the Amer fort is “Sheesh Mahal” (mirror palace) that grabs attention with its artwork walls made of small mirrors. So if you like the ancient culture of Rajasthan then Amer fort is a must place to visit.

Fatehpur Sikri, the “city of victory” located in the state of Uttar Pradesh is a beautiful place to visit in India. It is situated at a distance of 37 km from Agra and was built during the reign of Mughal Emperor Akbar in 1571. Fatehpur Sikri is a place that consists of religious buildings, administrations, mosques, palaces that are made during the Mughal Empire. As per a historic site, Fatehpur Sikri has been designated a UNESCO World Heritage site in 1986 and if you guys have an ancient vibe then this place is good to go.

The Golden Temple is also known as Sri Harmandir Sahib is a religious place of the Sikhs located in the city of Amritsar. It is one of the most famous gurudwara in the whole world that symbolizes brotherhood and equality irrespective of caste, race, color, or gender. In 1830, this temple was rebuilt with pure gold and marble by Maharaja Ranjit Singh. The Golden Temple is a place of worship for all the people and that shows equality here. Each day Langar (a large kitchen) serves meals to over a thousand people who visit the temple. It is an extremely loving and cheerful place and whenever you guys plan to visit Amritsar then you must head on to this temple.

Charminar, the monument and mosque that symbolizes the city of Hyderabad is a marvelous place to visit. It was erected in 1591 by Mohammad Quli Qutub Shah to commemorate the end of the plague and to signify the founding of Hyderabad. Charminar is a tall monument that stands at the height of 56 meters structure consists of four arches with minarets on the top. It is considered a mysterious place since there is a secret tunnel from the monument to the Golconda Fort but this mystery is still a mystery as it hasn’t been discovered to date. But I must say you should visit Charminar to know about the history of one more ancient place.

After acquiring the history and facts about the ancient places mentioned above I must say you guys are getting butterflies in your stomach. So what are you waiting for? Go and explore these wonderful historical places with your loved ones.