The Declining Image of Bill Gates 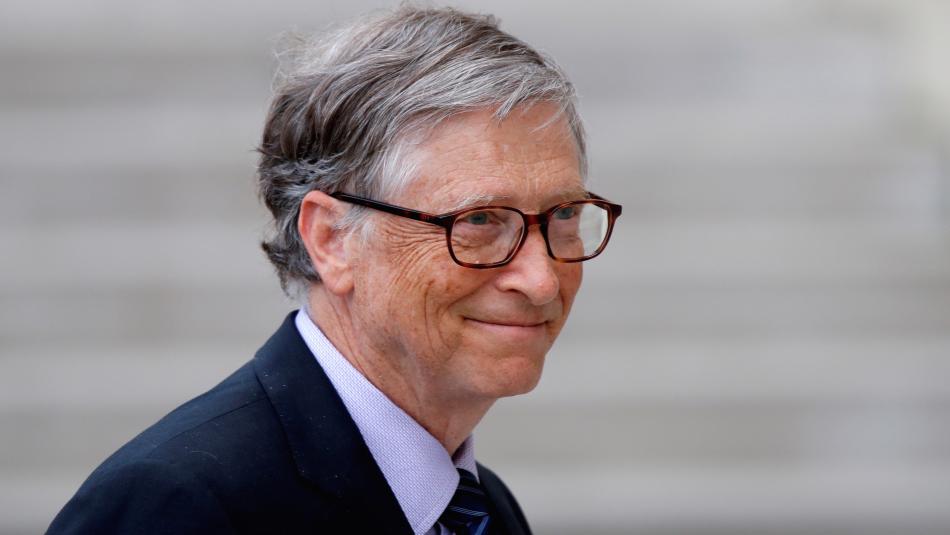 Coding today is a popular skill. People spend massive sums of money so their kids learn to code. It is said that coding helps children to think logically and become better at solving problems. They start to find patterns in issues around them, which helps them solve these issues better. But it was not that popular in 1967 when Bill Gates wrote his first software program.

Since then, Gates has come a long way. He was a major force behind the computer revolution of the 70s and 80s. Bill became the youngest billionaire in 1987. He also was the richest man on earth for a long time. His brainchild Microsoft has also come a long way since his invention. The 1975 invention is now the most widely used software program in the world.

Gates stepped down from the position of CEO of Microsoft in 2000. He created the Bill and Melinda Gates Foundation in the same year, after bringing together the William H. Gates Foundation and the Gates Learning Foundation. This foundation has since engaged in various philanthropic activities. It is the second-biggest foundation and has Warren Buffet among its ranks.

In 2008, Bill Gates decided to work in the foundation full-time with his wife, Melinda. The vision behind the foundation is to reduce poverty, increase literacy rates, and make sure that children globally don’t die because of treatable illnesses. Over the years, it gained popularity, and they managed to reduce world hunger and poverty per se.

The Bill and Melinda Gates Foundation did a lot for Bill’s image as a philanthropist. Over time, he also built an image as someone to look up to. He was your prime example of a successful person. His quotes are all over the internet, although quite a lot of it is not what he said. Videos of him saying things are also famous. As well as the stories associated with his childhood and adulthood.

This is how it has been for many years. Melinda also became a famous name because of the foundation. Usually, the wives and girlfriends of billionaires are not in the news until something happens to their marriage (like with Jeff Bezos and MacKenzie Scott) or an unusual incident occurs (like when Elon Musk and Grimes giving their child an unusual name). Melinda was a known figure for a long and had personally gone to countries in the Global South. She met the people her foundation was helping, to find out more about them and what help they need.

Then the curtains hiding the backstage fell abruptly. The good-natured, philanthropist image that Gates was associated with came to be only a facade maintained by his public relations team. The reality was far from it. His PR team asked his employees to keep mum on his office behavior, which was rash and unbecoming. His meetings almost always had him screaming, swearing, and rejecting ideas. He always thought he was the smartest in the room.

He also asked his female employees out many times. He had an affair with an employee back in 2000, but they have since parted ways cordially. All of this came to light because of his divorce from Melinda. The divorce is said to have been because she did not like his friendship with Jeffrey Epstein, a man who was imprisoned because of cases concerning sexual assault and molestation of minors.

Some stories from previous employees are more shocking. It is said that he organized nude pool parties back in the 80s and 90s, with young women. He also visited strip clubs and had an affair with a woman 13 years his senior when he was 27. There are also allegations that he did not care about diversity in the company. He thought of diversity and the success of the company as separate things, and that diversity will not guarantee success.

Melinda wasn’t happy with him back in 2011. At the time, he was beginning to be friends with Epstein, who pleaded guilty to trafficking a minor back in 2009. She met Epstein in 2013, and since then, she wanted Gates to stop being friends with Epstein. But he didn’t listen. Later, when Epstein was convicted in 2019 for his offenses and when his friendship with Bill was exposed, she decided to leave him for good.

The divorce was kept under wraps until recently in May when it was announced through reports that they have parted ways. These reports were followed by allegations of advances made by Gates towards other women. The advances were rarely reciprocated, and Gates never pursued the women after they said no.

Gates continued to meet Epstein over the years and went to parties hosted by him. These parties supposedly had young and attractive women. But that is not confirmed. According to Gates’ spokesperson, the meetings were only to discuss philanthropy. Melinda, of course, still did not like it.

What the divorce ended up doing is unearthing stories, hidden by the public relations team of Bill Gates to make sure that his image is squeaky clean and that he is seen as a hard-working person with an inspirational success story. The unearthing of stories that counter the narrative has turned his image into an arrogant boss who sometimes flirted with his employees despite being married. As far as the marriage is concerned, Gates was reported to be unhappy with it for a long time, although Melinda was the one who pulled the plug on the almost 30-year marriage.

What is surprising is that while a lot of this information was available and ready in the form of biographies written about Bill Gates, none of them made headlines. Only the good stories, the ones that motivated and those that portrayed him as a nerd who made it big, were spoken of. The image he had was safely guarded, despite there being information stating otherwise. It is yet to be seen how much will the recent revelations affect the character of Bill Gates.