The era of Gurukuls in India 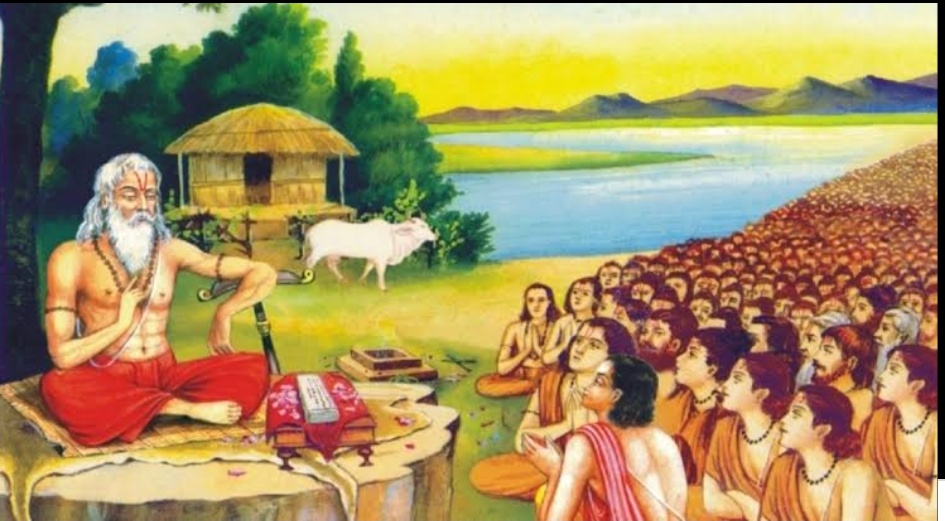 India, known for its diverse culture, traditions, and discipline has weaved its principles in the domain of learning too. Earlier, the system of education wasn’t high-tech and vogue, but instead was organic and virtuous. The term Gurukuls was used to designate the place of learning, it basically meant ‘The House of Guru’. This ancient system of schooling traces back to the Vedic age and was prevalent for a very long time until ‘more formal and theoretical knowledge’ took dominance and changed the structure of education.

Gurukuls were a place where students used to live with their teachers, leaving behind comfort and luxury. There was no ‘fee’ but 'gurudakshina' which meant a token of dedication and respect for the teacher offered by his student. This Gurukul education was prevalent not only in Hinduism but in Buddhism, Sikhism, and Jainism as well.

The Gurukuls enchants the people overseas as the burden of hustling each minute and chaotic lifestyle has made them realise that India and its ancient education was quite peaceful and provided real exposure. Gurukuls prepared a person not only for earning but taught life lessons. It emphasized holistic development, targeting professional, social, religious, and spiritual education. Skills including art, sports, craft, archery, etc. The religious texts of Hinduism and the two great epics, Ramayana and Mahabharata also have excerpts that evinced the system of Gurukuls where Lord Rama was educated by staying with sage Vashistha. Similarly, the Pandavas received education by staying with the sage Drona.

However, the arrangement at a Gurukul wasn’t a piece of cake, it required diligence because the rules and regulations were stringent. The routine was rigid, starting the day at 5 o’clock followed by Gangasanan, Suryanandanam at sunrise, chanting of Gayatri mantra, and then doing Suryanamaskar or Yogasana. At 11:30 a.m. students gathered for the recital to take place. As soon as the students were done with the recitation, they were supposed to go to ask for alms (Madhukar). Begging is a part of the celibacy fast and it is unavoidable. They were then allowed to rest for an hour and then taught till sunrise. After studying, it was the time for Sayansandhya followed by hymns and eating, and then rest.

The fundings for running the Gurukuls

There was no such thing as funds from institutions but the whole Gurukul was run through donations as it was a pious place and kings and the wealthier ones to the institute.

The inscriptions in Pali literature show evidence that kings like Prasenjit donated many villages to the Vednishnat Brahmins, who used to run Gurukuls for the distribution of Vedic education.

The developed forms of Gurukuls were the universities of Taxila, Nalanda, Vikramashila, and Valabhi. The travelogue of the Jatakas, Hieuwensang, and many other references, suggests that students from far and wide universities used to come to study from the world-famous teachers there. Varanasi also known as Kashi is the oldest city in the world and was the main center of education for more than 1000 years, many prominent Indian personalities including philosophers, poets, writers, and musicians live or have lived in the city

The difference between Buddhist Sanghas and Brahmin Gurukuls.

Gurukuls were run by Brahmins and as much as it sounds ugly but Gurukuls were discriminatory as caste was the main factor while admitting a student, his background and religion were a priority. The story of Eklavya has been in our ears since forever and will remain an example of how caste played a role in something considered extremely pious. Guru Dronacharya denied admission to Eklavya, who wanted to learn under his guidance but when he got to know that Eklavya was still learning his teachings in secret, he demanded Eklavya’s thumb as gurudakshina for education which was not even imparted to him.

Another example takes us back to Karna, who had to lie about his caste to be a part of Parashurama’s class which was reserved only for Brahmins and when Parashurama became aware of this he cursed Karna that he’ll forget all he learned when he’ll be in any crises.

Although, not all Gurukuls followed the same structure and administration. Gurukuls which were based on Buddhism were not casteist compared to the ones which followed Hinduism. In Buddhist sanghas, anybody could learn irrespective of their caste, creed, and background. Buddhism substantiated for equality. The Buddhist sanghas included doctors, teachers, lawyers, merchants, weavers, etc.

From Gurukuls to Schools

As Britishers arrived, the administration and education system was molded into a more theoretical and English learning institution, and today as we look around we rarely hear of any Gurukuls but public and private schools. However, some have tried to preserve the values and uphold the tradition by running gurukuls even in the contemporary world.

Although the present-day Gurukuls can’t be the way they were before some of them are Ananda Marga Gurukula, Gurukul Kishangarh Ghasera, Gurukul Kaalba, etc. Yoga Guru Baba Ramdev has had his education from Gurukul Kaalba. Sri Sathya Sai Institute of Higher Learning located in Puttaparthi, founded by Sri Sathya Sai Baba too follows the Gurukul system. According to Indian Development Foundation, there are 246 Bal Gurukuls as of 1 November 2019.

Why can’t we go back to Gurukuls?

The world has evolved and there’s no going back from here. Even though some Arya Samajis would blame how the present-day institutes have blemished their morals and culture but in the global world, we need to compete with countries who are way above than us in technology.

Let’s face it that there existed partiality and inequity in the ancient period of Gurukuls and today we are trying every possible way to give women their rights and equal position. However, some things we can still learn from that period including resilience, discipline, and life values but other than that India has come a long way and has become a better version of itself.