The Game of Basketball Philosophy 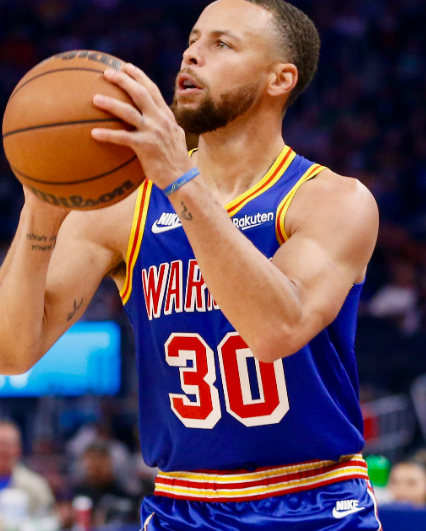 The Philosophy behind a Game of Basketball

To win a basketball game, it is important to remember these 5 aspects of the game: Moral law, Heaven, Earth, The Commanders, and Method and discipline. The moral law means having complete trust in each other to do one’s own role to his or her best, trusting the coach to guide the team to victory.

If there was even a moment of doubt in the team it can cause everything to fall apart. Heaven signifies the mood of the team, mindset, physical condition, mental condition, and ability to perform. It is up to the coach and team captain to approach it the right way to bring out the best within the players on game day. Earth means the ability of the opposition and the preparation the team puts into their game to win.

The commander on the court is the point guard, and off the court is the coach. In a game of basketball, a great point guard will be able to lead a team with their leadership and skills, earn respect from teammates, fear the opposition, and be intelligent. The same goes for the coach. Method and discipline are important on the court and off the court. The methods and training regime should be strictly followed unless there is an injury or a serious personal issue, following it will prepare them for the long season.

Discipline is to follow the rules off the court and on the court, have good sportsmanship, be a decent human being, and have confidence in one’s abilities/choices. These 5 factors should be memorized by players and coaches alike to assure the team's success. It is also important to ask these seven questions before going into the game as a form of preparation: Which team has more trust in each other? Which team is more knowledgeable? Which team has more advantages than disadvantages? On which side is more discipline rigorously enforced more? Which team has more talent? On which side are the players trained better and much more experienced? What are the chances of winning?

After asking these seven questions, it is up to the players on the court to follow the game plan laid out by the coach. Of course, the plan will be modified as the game goes on. Another important factor is the match-ups of the game to be able to compete on better grounds.

Training, educating, and building a team to be great takes a lot of effort, time, energy, and knowledge. Before sending out a team to go against the opposition. Proper preparation is the most important step towards success and victory. As the match goes on players will grow more and more worn out. That’s where the depth comes into play. Is important to have a capable bench and reserves too, not just great starters if they plan to win, succeed, and be great. If there is a lack of depth the team will be nothing more than average.

Making the right substitutions is important for the coach during crucial fixtures as it will affect the outcome of the match. The coach must not be hesitant about making decisions as it is almost as if setting up the team for failure. A basketball season is a crucial part for the team to understand what it takes to win. When playing an away game brings the confidence you get from playing at home. The budget for the team needs to be also the right amount to ensure its success and victory. To win everyone needs to be in sync, be one and play like it is their last game. The most efficient way to win the match is to crush the enemy as soon as tip-off starts.

The best way to guarantee the chances of winning the game is to begin by trapping the enemy on the defensive end. Start with a steady rhythm for the team to settle into the game, limit turnovers, score efficiently, and play team ball, in the beginning, to wear out the other team with passes to keep them moving. The best way to tire out the enemy at the beginning of the game is by playing team ball, playing trap defense while preserving energy for the long game, if the ball handler manages to escape the defensive trap get back into position to play 2-3 zone defense.

The best plan a coach can come up with on the offensive end is to attack if the other team's weakness is the paint. Attack the mid-range if there are players who can’t guard the mid-range. Attack from the three-point line to stretch out the defense if they proved to be impenetrable and get opportunities to drive in. To make all those previous plays work proper scouting is needed and the players need to be able to fill in each other's weak spots. If none of those plans work, the whole team needs to remain cool-headed to modify the plan. For the temper to be calm 3 pieces are vital: a captain capable of leading by example, a point guard that can calmly run an offense, and a coach that can be relied upon to come up with game-winning plays and plans. If the opposition proves to be superior make sure they never get into a rhythm, always keep them off balance.

If the teams are evenly matched, momentum becomes an extremely important variable. A team can fall apart before the match even begins due to a lack of respect, lack of experience, and lack of trust. To be a great team, they need to understand themselves first before trying to understand the opposition.

A good team never forces an opportunity, they wait for one. To protect the chances of winning the team should focus on what they can do better while staying patient to strike. Being able to play the defensive for a long period shows that it is a physically strong team. Being able to play great offense at will shows the amount of firepower the team has. In the end, both are vital to winning games.

There are many ways to win but the best way to win is with the least number of flaws to prevent the opposition from seeing the cracks and taking advantage of them. At the same time, a great point guard knows when the opposition is about to make a mistake and knows where to strike.

But of course, a team needs to master those communication skills in practice before they use them in a real game. It is best to use an indirect method when there is chaos going on everywhere, is best to use a direct method if the plan is to keep the opposition on edge. A great team is always fighting for the same goal in the end and has a great amount of energy. It is not just one individual that is outshining the whole team, every player on the team needs to be the best at what they do, and the team needs to be on the same page for there to be less conflict. When the team utilizes its combined energy, it truly becomes a great team.

In a basketball team, the team must not ever allow the pressure to get to them no matter what and be the one applying pressure. If the opposition is being pressured hard they will make a bad play at one point or another. When they do, the team must use that opportunity to gain more momentum. Is important to always attack the enemy where it will hurt them the most and where they won’t expect it. When the opposition begins initiating the offense, don’t falter. Instead, just focus on locking down the opposing offense.

A way to play great defense is by splitting up the opposition, preventing them from working as a team or having the ball in the hands of their main scorers. While the team stays united as one body, it is also important that everyone on the team can score efficiently from their favorite spots so there is confusion among the opposition on which person might score. If the opposition modifies their plan to counter that's when the coach comes into play and prevents the weak spots of the team from being exposed.

The weakness of a team starts to show in a real game. Those 2 main weaknesses are lack of experience and lack of preparation. Knowing that the team has done more than every other team gives a sense of security. One final important factor is also to never use the same tactics over and over again, always modify them depending on the circumstances.

In a basketball match, every player must remain selfless, trust each other, and be on the same page to win and succeed. For that trust to be built, something called tactical maneuvering is a skill needed by the point guard. This means being able to read the game better than anyone on the court, switch up momentum within seconds, and be able to run necessary plays. To be able to keep up with tactical maneuvering the team needs to be on the same page as the point guard, have complete trust in the point guard, and be a team founded on intelligence. For tactical maneuvering also work the team itself needs to be strictly disciplined. On a basketball team, every player must be able to contribute one way or another toward victory and success.

A point guard on the court should be able to see the whole court and make the right decisions fast and efficiently. Should also be noted that one of the major missions on a basketball court is to cause chaos for the opposition. Do not rush to go head to head against a good defensive player in a game. Instead, run an off-ball play and once you are open, take the shot. There are five ways tactical maneuvering can fail: recklessness, cowardice, hasty temper, the delicacy of honor, and over solicitude. Overall, those are the five recipes for failure as a team, not just tactical maneuvering.