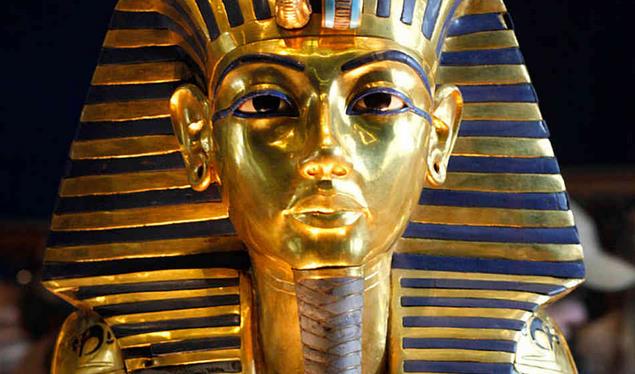 Studying and analyzing history has always left more space in our hearts, a great desire to know more about the small information we already know. Curiosity to more as we ask questions such as; why? what, who, when, and where? All these make us humans. Are we defined by our past or by history?

Egypt, one of the most famous African country is always known for its ancient rich history recorded in various books. From the origin of agriculture to the African land as the backbone, of the continent, to the invention of writing, arithmetic, and geometry which are commonly known as the Hieroglyphics. Going deeper into their history, the ancient religion, rulers, and political system of administration always leave us marveled, the great rulers of the pharaoh and the mummification process, what a history!

Around 3000 years ago, in the secret tombs, the valley of kings in the nearby Deir el Bahri site, 18 pharaohs, and four other royals were buried in the areas around the city, of Luxor ancient Thebes-ancient Egypt capital. In 1981, and 1998 the mummies were discovered, and the excavation started in the 19th century. After the excavation of the mummies, which belonged to the ancient kingdom, the rulers of Egypt between 1539BC and 1075BC, according to the minister of antiquities, were transported by boats in the  Nile to Cairo.

Some were showcased in glass cases, and others were stored in the Egyptian Museum. In 1976 remains of Ramses II  were taken to Paris for intense restorations by the French scientists. In 1980, President Anwar Sadat ordered the closure of the royal mummy room in the museum as this desecrated the dead, but his wish of reburying the mummies was not met. The whole issue has been debated over time, with Muslim scholars, claiming that the dead should be treated with dignity, and respect and not be exhibited.

With the instability in the tourism sector of the country, following the 2011 popular uprising, and the recent coronavirus, there is movement in place to bring life to the tourism industry. Professor Salim Ikram of Egyptology at the American University of Cairo praised the sector claiming that it had done its best to ensured that the mummies had been stabilized, conserved, and packed in a climate-controlled environment. President Abdel Fattah el-Sisi also tweeted “with great pride, I look forward to welcoming kings and queens from Egypt after their trip, this grandiose spectacle is a further proof of the greatness...unique civilization that extends into the depth of history. The film star Hussein Fatimy also said that Egypt had once again dazzled the world with the unrivaled event.

Some of Cairo's streets were resurfaced to ensure smooth transportation of the Royals. The mummies were placed in nitrogen-fitted boxes to help protect them against external conditions. Each mummy was carried on a decorated vehicle with wings and pharaonic designs. The ceremony, which kicked off with a 21gun salute, ran smoothly, as expected. The remains of the great rulers moved along the Nile from the Egyptian museum on the Tahrir square to the newly opened National Museum of Egyptian civilization in the Fustat neighborhood, Egypt's first Islamic capital. Millions gathered to witness the historic event with strict security during the whole ceremony. The decline in the covid cases and deaths led to the lifting of restrictions on open-air gatherings.

The chronology was observed, during the whole function as the process was carried out, according to the order of the ruler's reign from the 17th dynasty ruler Segenenre Taa II, to the Ramses IX of the 12th century. One of the main mummy attractions was that of King Ramses II, the most famous ruler amongst the pharaohs who ruled for 67years, and Queen Hatshepsut one of the few female pharaohs who wore false beards to overcome the tradition which was against women being pharaohs.

The 7km journey ended, and then mummies were housed in the royal hall of mummies designed. And the display to the public will launch on the 18th April. The hall is designed to create an illusion of being in the valley of kings in Luxor to the visitors.

The Grand Egyptian Museum that houses the famous Tutankhamun collection, close to the Great Pyramid of Giza, is to open next year. While all this has been going on, social media users have questioned the belief of the existence of the “curse of the pharaohs ". The recent string of disasters such as the Sohag train crush and the collapsed building in Cairo has left many souls lifeless less than two weeks before the event.

Once in the museum, twenty of the mummies will be displayed. And the remaining two, will be stored according to the government.  The museum looks forward to earning a lot of foreign income when it fully opens this month.