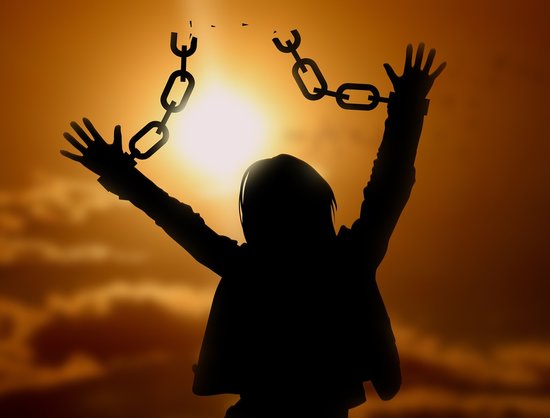 Whether it is obtaining civil rights or bridging the pay gap, women are often left in the abyss. Patriarchy has told numerous stories of how women should live a certain way and only feel certain emotions. For centuries, women have lived the way society told them to regardless of their socio-economic status, educational background, and financial status. In the wake of the 21st century, women have been able to break multiple social constructs and bring forth a notion of equality. However, one topic constantly left in the dark is that of a woman's free expression of her religious identity.

The purpose of this article is not to ridicule the concept of religion or one specific religion but rather to discuss the importance of religious freedom and awareness. Religious freedom is not only the act of being an atheist or choosing a faith to believe in; it is the ability to express your religious identity on your own terms. There is no right or wrong way to be religious. It is a matter of expressing your values and beliefs to the best of your ability in a way that appeals to you.

There are several religions and religious identities in the world, each with its own principles and ideologies. However, gender-based violence done in the name of religion is a phenomenon that transcends all beliefs. Whether it is oppressing the rights and freedoms in the name of religion or limiting their access to the knowledge of other religions to keep them bound to one religion has been a strong driving force for abuse.

Religious/Spiritual abuse is the act of exerting power and control over someone using religion, faith, or beliefs. While the common assumption is that religious abuse is predominantly exerted on followers of faith by religious leaders, it is vastly observed in domestic situations. In extreme situations, religious abuse may lead to Religious Trauma Syndrome (RTS). As outlined in an article by Choosingtherpay.com, RTS is the phenomenon when an individual struggles with leaving a religion or a set of beliefs that has caused them harm or stress. While anyone may be subject to RTS, women are more likely to endure it, given the history of abuse towards women in a patriarchal society.

Historically, women have been able to exercise big roles in faith communities and acted as the flag bearers of educating religion to the upcoming generations. Nuns, for example, in Christianity, could serve as independent groups operating with their own agendas. However, in today’s society, the uppermost positions in most religions are held by men, i.e., Fakirs and Bishops. Therefore, it is safe to assume that men are today's driving force of religion and religion-related manipulation.

Religion is largely regarded as an entity you are born into and must abide by one and only one. However, religion is a social construct, which means you are free to sway from one to another or pick and choose values from a bunch of them and compile your religious identity that way. While religious freedom is essential for all citizens of a country to possess, female religious freedom also plays a major role in establishing stable economies. According to an article by the Religious Freedom and Business Foundation on May 29, 2022, Religious intolerance against women limits their abilities to engage in and contribute to the economy. If a woman cannot access education, employment, or dress according to her will without being pressured by religious motifs and guides, how will they be able to drive towards their missions and goals?

How can one claim they have been abused by religion? Religious abuse can be expressed in a faucet of ways. WebMD has devised a report analyzing what religious abuse looks like in a domestic environment, such as:


According to the Gender Gap in Religion Around the World report in 2016, men are more likely to affiliate with atheism than women cross-globally. While there cannot be a single reason why men pursue atheism in larger percentages than women, this study raises an important question of whether women are given the liberty to express atheism? Perhaps women are largely expected to be the torch bearers of religion in the future society and carry it forward to the children of the household. Is it possible that most women are not literate about the term ‘atheist’ or ‘agnostic’ and therefore stay dormant in religion simply because they are born into it? In underdeveloped countries, women are not as exposed to different religions and cultures as men are. Therefore, not only are they constrained to a religious belief, but they are also locked into a system of abuse it entails. 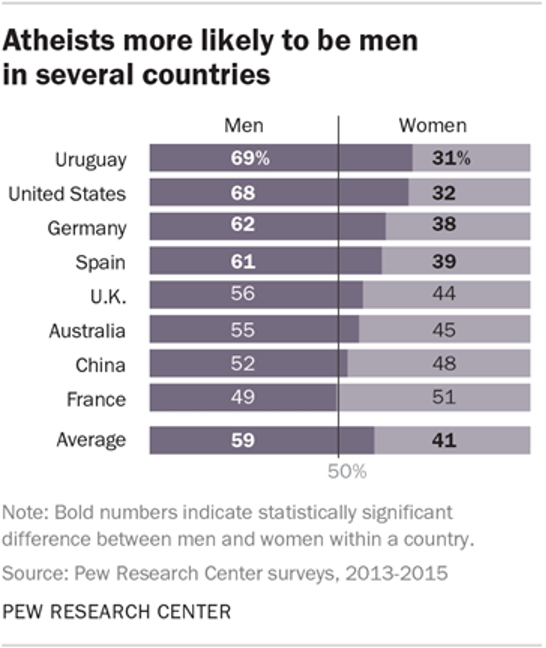 Religious freedom is a minority topic that is not addressed in many communities. While both men and women are unaware of the side effects of religious intolerance, women endure more long-term trauma. What is more ironic is that the mother who was once abused by male figures via religion in her youth will be a silent observer as her daughters are now victims of the same abusive cycles. Religious beliefs and identities are not something you are assigned at birth or constrained to but rather an experiential label that you can establish as you grow through life. Everyone should be allowed to explore the flaws and strengths of various religions and faiths in their journey to find one that best suits them. Hopefully, in the coming decades, women will be given the liberty to explore various religious labels and, importantly, to remain religion-less.

Women’s Fashion: A Continuation Of Misogyny