The probability and magnitude of World Literature 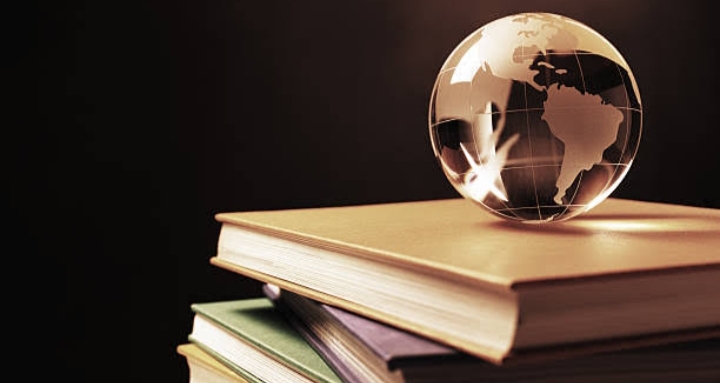 On 8 September the world celebrates World literacy day also known as World literature day but the festivity around the term World literature has a long history. World literature in simple words can assume an exchange of literature between countries but on its core level the magnitude of aspects it pertains to hold historical, political, cultural, and economical value. The past few decades have served well to the field of world literature giving centre stage to dexterous and versatile authors from all over the world for the reader's delight they were introduced to writings located well beyond the select few Western European countries whose works long terminated worldwide attention.

The term world literature was first coined by the German writer and statesman Johann Wolfgang von Goethe referring to the dissemination of literature from countries across the globe. In his letters to his disciple Johann Eckermann in 1827, he stated " National literature is now a rather an unmeaning term; the epoch of world literature is at hand and everyone must strive to hasten in its approach"

Goethe wished for an era of global exchange and mutual refinement, a universal process where Germany becomes a translator and negotiates among diverse cultures and takes over a driving force in the spread of literature against the shallow sense of nationalism with crude jealousy and vanity in between nations present at the time. Goethe popularised the term 'Weltliteratur' enjoyment and derive the concept while reading a Chinese novel and Siberian poetry in a week in German translation, he also took great pleasure in reading his works in translation. He thus believed that translations could bring a new spirit into literary works and can make the story or poetry more relatable to the reader.

One of the famous writers of the 16th century Dryden wrote about the three types of translations in his own translated work of Ovid's Epistles in 1680. First was metaphase which meant literal translation or word to word, the second was paraphrase which meant translation with latitude or sense for sense and the third was imitation when the translator abandons the text of the original author as he sees fit. Yet translation reduces the relevance of world literature according to some scholars who believed in the laws of the essence when separated from its original language. Emily Apter in her essay 'Against World Literature' addresses the question of purity of language that is lost in world literary studies where it is assumed that an effortless translatability and linguistic accuracy are present which aren't and altering is inevitable in the prospect of World literature.

Before the internet, Babylonia was the centre and home to the oldest body of poetic text. Through the relations of mutual influence carried by trade back and forth, Babylonians and Sumerians developed the early writing system around 5000 years ago. Trade routes such as the Silk Road and the spread of religions like Islam and Christianity lead to a wave of new literary material at the time. It also furthered the spread of folklore and legends that were entertained by commoners, for example, the Grimm brothers assembled the Germanic folklore and wrote it in the wake of the Nation-state revolution, but they spread worldwide and are still celebrated. After World War I, when the dominant Western countries were licking their wounds, the East and America thrived in the sphere of trade and literature. After World War II, full-blown globalization in the 1960s and the surge of immigrants led to such an increase in the perimeters of World literature that it became a discussion in studies programs.

Like Jacob and Wilhelm Grimm, who wrote Grimm stories and participated in the romantic revolution under the pretext of a Nation-state uprising, many writers still see literature and language as a flame to the spirit of the nation and this hope placed on the two raises new problems in accepting literature beyond boundaries. The acceptance of new cultures and eventually in time, viewing them better than yours might seem the unavoidable consequence of World literature. Henceforth, Western dominance in literature and its cultural influences are more than an outlandish remark but a salient feature of their hegemony. Many writers choose to write in English rather than in their own to be internationally recognized. Sri Lankan novelist, Shehan Karunatilaka written "The Seven Moons Of Mali Almeida" has won the Bookers prize for 2022, it narrates a tale of a dead war photographer on a mission in the afterlife written in English. To enhance and widen their approach writers tend to incline towards the influential pretext which initially downstream the conversation and whole purview to the ultimate subject of hegemony and economic dominance. But is there more to it?

If one foresees the few defects of World literature, the brighter side has served many small country writers to achieve rapid fame. Through the multipolar literary landscape, abundant stories have reached readers. The language might pose a problem in the context of world literature and receiving literary material from different parts of the world but still, the idea or imagination dealing with a traditional focus passes on the knowledge and experience of another culture. Books like "A Kite Runner" or "The Seven Moons Of Mali Almeida" may be in English but still manage to propagate the sense of Afghan and Sri Lankan culture and environment. World literature only introduced scholars to "Communist Manifesto" by Karl Max and theories of Socialism. New ideas and innovations reached every nook of the world through the dissemination of ideas through literary works.

Damrosch writes about World literature and states it as literary works under circulation beyond its country of origin. Indeed, the welcoming of different works of literature and schools of thought inspired by defined tradition tours the readers of the very place from the comfort of their chairs.

World Literature might undermine the national sense of appreciating and crowning your literature and language as best but as the term states, it makes us knowledgeable about the world outside, the distinct lives, tradition, and lifestyle around the globe, and amaze us with it.

Page-Turner Alert: My Thoughts on 'Naomi's Room' by Johnathn Aycliffe