The propagation of gender inequality in schools – a real issue. 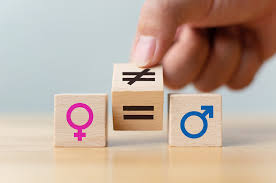 We are all aware of Kalpana Chawla, the first Indian woman to travel into space. We are also all familiar with Indira Gandhi, India's first and only female Prime Minister. Justice Anna Chandy, first female judge, Anandi Gopal Joshi, first female doctor, Anasuya Sarabhai, a social worker and trade union leader, Aruna Asaf Ali, a freedom fighter, and a long list of others. For far too long, women in India have been oppressed and marginalized, but great women like these have demonstrated that we are no less than any man and can achieve whatever we want. Be it traveling to space or starting a business to prove ourselves to the world. We can do anything. However, instead of teaching girls what they want to be and what they can be, schools strive to demoralize them as much as possible daily.

Gender roles are the behaviors, attitudes, and expectations that are associated with a certain sex—male or female. Gender differences, which are connected to social roles, are occasionally distinguished from sex differences, which are exclusively related to physiology and anatomy, by psychologists for clarity. Despite the numerous exceptions, boys and girls vary on average in ways that correspond to traditional gender stereotypes and influence how the sexes interact at school and in class. Physical habits, social interaction styles, academic motives, actions, and choices are among the variations. They get information from a multitude of sources, including their parents, peers, and the media. Teachers are the major source of gender role disparities because their responses to and choices on behalf of students always have an impact.

If you reflect on your days as a girl in the classroom, you might be able to recall specific instances where the teachers treated boys and you differently. As a result, you may have been more harshly reprimanded, expected to perform more, or even entirely disregarded, regardless of your talents and performance in class. I do not believe that teachers intentionally treat girls and boys differently, but unknowingly they do what they have learned over the years. That is, boys have complete freedom to do whatever they desire. This not only affects kids' thinking but the small differences in how girls and boys are treated have a long-term academic impact, not to mention a severe impact on their mental health.

They tell her that her skirt is too short and that she can't wear make-up because it will distract the boys. These are just a few of the most common things we hear in classrooms regularly. If you're trying to teach females discipline, it's great if you don't let them open their hair, wear make-up, or dress up in a certain way, but telling them that it will distract boys is completely incorrect and unacceptable. We don't tell guys how to dress or why they dress or act the way they do, so why should we tell girls the same thing?

The hypothesis that males and girls are treated differently in the classroom, especially in rural areas is supported by research. Teachers tend to devote more attention to boys than girls by having more contact with them. They allow conduct in guys that are not permitted in girls, and they prefer to criticize and laud boys more than girls. Guys receive more attention than females, which is owing in part to the fact that boys demand more attention, whilst girls are quieter and more reserved. Boys not only have more access to and use computers and technology than girls, but they also dominate classroom conversation.

Some people claim that gender prejudice no longer exists. According to proponents of this position, boys and girls are treated equally in the classroom. They argue that, in actuality, guys' needs are frequently acknowledged and respected, because they learn better when given more opportunities to get up and move around, as well as participate in classroom debates, all of which should be indicators of how much girls are disregarded in class.

While girls still lag behind boys in mathematics and science, they do better in reading, writing, and other academic subjects in high school, earn more credits, are more likely to receive honours, and are more likely to continue their education at colleges or universities, according to the report.

Begins in the schools

While it may be tough to identify gender prejudice in schools, there is little doubt that there is a gender bias in the workplace when it comes to money earned. Women with high school graduates earn 85% of what males with the same level of education earn, and this number reduces to 80% for college graduates. This indicates that there is some gender bias in the educational system, even if it is veiled. As students enter employment, gender prejudice is prevalent. Men are more likely than women to be granted positions with better prestige and pay.

So, while the problem of gender prejudice in terms of achievement goes far beyond schools, it surely begins there. Gender relations are anticipated to improve and equalize as teachers become more conscious of how their behaviours affect their pupils' long-term performance. It just requires a willingness to alter established classroom models and relationships for the benefit of all kids - regardless of gender.

Putting an end to it

Education and gender equality have a lot in common: both are essential to the growth of society as well as to living in one and interacting with other people. However, as is common in many situations, one functions at the expense of the other. Education, as it is delivered in many institutions and systems, not only obstructs but actively promotes gender equality. There are numerous ways in which gender inequality is perpetuated in schools, whether it's comments like 'She is quite good at Sports for a girl!' or 'He is so good at art or maybe classical dancing unlike regular boys,' or reinforcement of gender norms like 'girls don't laugh as hard' or 'boys don't cry,' or, in some cases, allocating and changing seating arrangements in classrooms according to students' gender.'

For this reason, initiatives to promote gender equality in and through schools are essential to stop the propagation of gender inequality in schools as well as to address its prevalence in society at large. Schools have a huge impact on gender relations, ideas, and practices, and may help to raise a generation of men and women who are gender-aware and equitable.