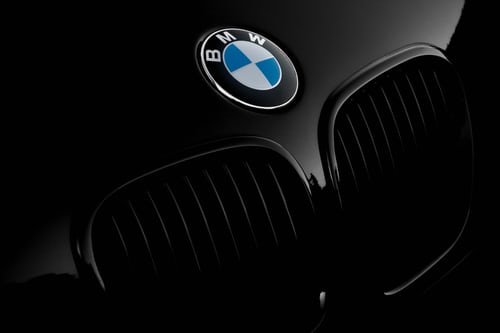 Explore the world with the BMW X Series and all it has to offer you. Uncluttered seating, intelligent all-wheel drive, and fuel-efficient engines make a BMW SUV the perfect vehicle for every moment of your life, no matter how big or small.

When it was first introduced in 2009, the BMW X1 quickly established itself as the leading compact SUV in the premium segment. The vehicle's robust versatility sets it apart – sports tuning ensures dynamics and agility in all conditions. And, thanks to the intelligent BMW xDrive all-wheel drive, traction and driving dynamics are taken to new heights, as drive force is continuously distributed to the front and rear wheels.

BMW F48 with its rear recesses and sloped roofline, the second-generation BMW X1 (F48) looks more energetic and sporty than its predecessor. Innovations like a head-up display or optional LED lights with adaptive light function characterise the second generation. Turbocharged diesel and gasoline engines provide the car with a unique blend of efficiency and sportiness. As of March 2020, the BMW X1 plug-in hybrid model is also accessible. A front-wheel-drive version of the BMW xDrive is now available in addition to the sporty xDrive. There is a new redesign for the secondforredesign again for second generation in 2019.

At the 60th International Motor Show (IAA) in Germany in 2003, the BMW X3 was unveiled as a virtually unrivaled vehicle. New BMW xDrive all-wheel drive with intelligent power distribution between the front and rear axles is unveiled here. One of the new features is the beefy and athletic design with a striking front end with bi-xenon lights brushing against the kidney grille. As a result, BMW vehicles from this era are easily identifiable from a distance – even in the dark.

In 2006, the radiator grille, taillights, and front apron were refined. Reengineering is done on most of the engines as well. The result is more power with greater efficiency.

There is now a completely new model available after six successful years. Convinced of its abilities, the SUV boasts a wide range of technological advancements. Consider, for example, electronically controlled damping elements that actively adapt to the road surface's surface. As well as the Driving Dynamics Control (DDC), which adjusts damping elements and the responses of the engine and transmission to the driver's wishes, as well as the steering system and ESP's sensitivity. Diverse assistance systems, such as lane departure warning systems and head-up displays, allow for a completely new driving experience, without compromising the BMW brand's values.

There are also new headlights and turn signals on the exterior mirrors for 2014. BMW X3 interior is enhanced by an abundance of chrome, standard leather steering wheel, as well as numerous options for customizing.

In 2017, the SUV's third generation was introduced. As a result of the vehicle's slightly larger dimensions, the vehicle's weight has been significantly reduced. When you look at the front and rear lights, you can see how wide the car is. The BMW X3 exudes athletic confidence with its wider kidney grille compared to its predecessor and its air inlet openings. The muscular exterior is a hint at the power that is waiting to be unleashed inside. Assistive technologies are easy to use in this modern, animated cockpit. As an example, the vehicle can automatically pass inspection if the model meets premium standards. The vehicle, for example, can automatically pass through. Because of the sporty design of the chassis as well as the transmission and engine, driving pleasure is always a top priority for this vehicle! All-wheel-drive system BMW xDrive is available as an option on BMW's X3. Cars are perfect for urban environments as well as all terrains because of this.

Four and six-cylinder engines with displacements ranging from 110 to 286 horsepower.

BMW introduced a mid-size SUV coupe in 2014. On the outside, it looks sporty because of its distinctive roofline and double beads, which are derived from the BMW X3. In addition, the vehicle's width is emphasized in the front and rear, with a flat kidney grille and sideways elongated headlights and taillights.

In any situation, the BMW X4 performs agile and dynamically because of its wide range of powerful and efficient engines. Unparalleled driving dynamics are provided by an all-wheel drive as standard.

The sporty elegance of the second-generation BMW X4 is even more apparent. Durable wheelhouses, a wide track, and a coupe-like roofline emphasize the typical X model characteristics of power, dominance, and sportiness. The narrow LED tail lightstaillights, as well as the raised line above the rear fenders, visually widen the rear end. Two-part kidney grille and narrow LED headlights give the SUV coupe a sporty, dynamic stance on the front end.

Together with the 8-speed automatic transmission, which is standard on all BMW X4s, the intelligent BMW xDrive all-wheel-drive system delivers unmatched driving dynamics. It now has a number of new features inside. A larger touchscreen, gesture control, and modern driver assistance systems are now available on board.

BMW introduced its first off-road vehicle at the end of 1999, which is nothing short of a revolution in the automotive industry. Exclusiveness, sportiness, and comfort combine in the Sports Utility Vehicle (SUV), which comes standard with all-wheel drive. In addition to a superb chassis tuning and powerful six or eight-cylinder engines, the BMW X5 is an agile SUV in the premium-class segment. As of 2004, the most powerful eight-cylinder BMW X5 is the 4.8is, with a displacement of 4,8 liters, and an output of 265 kW265 kw (360 hp). Production of the E53 model is estimated at more than 500,000 units per year

BMW demonstrated in 2006 that a successful concept can be improved upon by adding new features. Technology such as Roll Stabilization and Active Shock Absorbers are among the features of the BMW X5's successor. A revised design of the wheelhouses, for example, gives the car a sportier and more agile appearance. A unique feature of the headlights is that they have integrated parking and low beam lights, making the vehicle instantly recognizable as a BMW at dusk or night. The addition of the third row of seats makes it possible to carry up to six additional passengers if needed. 2010 brought LED headlights and a completely new engine lineup to the X5. Sideview: Cameras on the sides of the vehicle provide a better view.

There's no denying that the third generation of the popular SUV has a more aerodynamic look to it. Front wheelhouses are less turbulent thanks to an advanced air inlet system in the frontin front apron and an air vent behind the front wheels. In addition to improving aerodynamics, the BMW X5 now has the look of a sports car! They exude sophistication, supremacy, and agility with their harmonious proportions. Luxurious materials such as double-stitched leather and ambient lighting give the interior an air of sophistication and refinement. There's also an updated version of Ford's iDrive touch controller that makes controlling the extensive driver assistance systems much more enjoyable. Some of these features include cruise control with traffic jam assistance, as well as an LED spotlight that illuminates people and animals at night, making them visible to the Night Vision system.