‘Thirike’ Is A Film About Disability That Gets it Right! 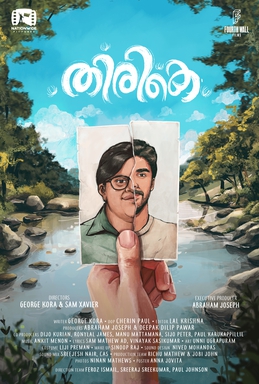 Indian cinema, in particular Bollywood, is among the best film industries in the world. Indian films have emerged as a popular medium of entertainment worldwide. In addition to being an entertainment source, movies play a significant role in shaping society. Over the years, many Indian films have addressed sensitive topics with great care and understanding, thereby transforming society’s views positively. Disability has been one of those issues.

There have been some praiseworthy portrayals of disability, one can think of Dosti (1964), Koshish (1972) among old ones, and Iqbal (2005),  Taare Zameen Par (2007),  Margarita with a Straw (2014) in recent decades. Unfortunately, however, there are a massive number of films that propagate long-standing stereotypes too. Popular movies like Krazzy 4 and The Golmaal series have been insensitive in their portrayals.

Regardless, the trend is changing as people are becoming more sensitive about these issues. Not only are Bollywood films becoming more aware, but there is also a treasure trove of regional films that require greater visibility and appreciation for their progressive content. The 2021 Malayalam film ‘Thirike’ is one such gem.

This is the directorial debut of Sam Xavier and George Kora. The film was released on 26-01 2021 on a regional OTT platform, Neestream. It tells the story of two brothers, Thoma (played by Kora, himself) and Ismu (played by Gopikrishna Varma), the latter of whom has Down syndrome.

The brothers are separated in their childhood after the death of their parents. While the younger brother Thoma grows up in an orphanage, Ismu, also known as Sebumon, moved to live with his adoptive parents, Rafiq and Fatima. The brothers meet again as adults, and Thoma is determined to never part from Ismu again. Amidst the news that Ismu’s adoptive family is relocating to Dubai, Thoma ‘kidnaps’ Ismu and heads for their childhood home to rekindle old memories and strengthen their brotherly bond.

Perhaps the most remarkable aspect of the film was the decision of the directors to cast an actor with the said disability to play the part. After the completion of the script, George Kora had been searching for an actor who could do justice to the role of Ismu, the character with Down Syndrome.

During an interview with the Film Companion, he revealed that he was directed to Dr. Shaji of Baby Memorial Hospital, Kozhikode, who introduced Kora to Gopikrishnan. Gopikrishna Varma had become a mini star on Tik Tok, where he would perform impressions of characters from Malayalam and Tamil films. He is also someone with down syndrome and was best suited to play the part, in terms of inclusivity and representation.

People with disabilities are seldom given primary, intriguing parts in films, and it is rare to see someone with Down syndrome in a lead role. Often, there is a tendency to pick established actors to represent marginal identities. Thirike gets a complete score on the representation end; by choosing to cast a person with a disability for the role.  Furthermore, it is also careful not to exoticize the condition, or approach it only via a pity lens. Both of which do not help create an inclusive society. George Kora wanted to make a film on the approach of “let’s not sympathize, let’s celebrate.” The film has, indeed, lived up to that aim.

The decision to pick the comedy-drama genre for the film was another well-thought decision by the directors. Thirike deftly moves from the comic to the dramatic; while Thoma’s fun-loving persona elicits copious laughter, the tension between Ismu’s adoptive parents and Thoma provides a dramatic structure. Usually, films on sensitive topics end up taking an exclusively dire approach. Although that is indeed important, the documentary style is not very successful in reaching larger audiences.

In choosing to keep the film light-hearted in part, without compromising, the directors achieve two goals. One, the film reached mainstream audiences and has the potential of instilling a new outlook towards disability, in a larger mass of people. On the other hand, it shows that a person with a disability can have a fulfilling life where all emotions deserve a place. Thirike, while touching on these aspects, tells a heartening tale of brotherhood, family, and nostalgia.

The film addresses disability in general and down syndrome in particular with nuance and understanding. We see the stigma attached to disabilities through the attitudes of the brothers’ relatives and one of Ismu’s friends, who doubts that Ismu could ever find love because of his condition. The film shows a budding romance between Ismu and a classmate in his school and discrediting that observation.

On the other hand, Thoma’s and Ismu’s adoptive parents’ attitudes towards him show two dominant attitudes of well-meaning people towards differently-abled loved ones. While Rafiq and Fatima are overprotective of Ismu, Thoma wants to make sure Ismu never feels sidelined and wants to treat him like every other individual.

Both approaches have their benefits and pitfalls. The first approach allows one to take specialized care of people with disabilities but can sometimes limit their freedom. On the other hand, Thoma’s perspective can end up being unwillingly reckless, because after all, people with disabilities do have some requirements unique to them. Over time both Ismu’s adoptive parents, and Thomas, realize that Ismu requires the best of both of their worlds: freedom alongside responsibility.

Although the movie was set to release in theatres, the directors had to look for an alternative launch. They went ahead and released the film on Neestream, a newly launched Malayalam media OTT platform. The film has garnered wide praise ever since its release on 26th February this year. It has received positive reviews from critics, many of whom have lauded the performance and the inclusion of a lead actor with Down syndrome. Both actor Gopikrishnan Varma, and OTT platform Neestream have been celebrated by The India Book of Records for casting a hero with Down’s Syndrome for the very first time in a commercial movie.

Every once in a while, movies are promising better days for Indian cinemas, and Thirike is definitely among those films.

Your articulation spoke volumes of that film:)