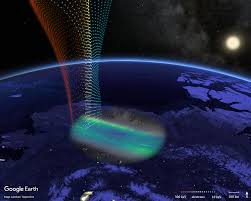 Did you know that the Earth is the third planet from the sun? Or that 70 percent of its surface has water? Or that scientists have speculated that the Earth used to be purple?

The name of our planet, Earth, is derived from the old English and German languages, meaning "the ground". Our world has scientific wonders, exquisite beauty, and much more hidden out of our sight. Let us look at some fascinating facts about The Blue Planet, Earth.

Earth Has More Than One Moon

To be more precise, the Earth has two more bodies in orbit around it, which are its moons. These objects are asteroids which are a part of the Near Earth Objects (NEOs).

3753 Cruithne is the first asteroid discovered in 1986. This bean-shaped asteroid is Earth's second moon. It orbits the sun at almost the same time as the Earth as their orbits seem to be synchronized.

The second object orbiting the Earth is named, Asteroid 2002 AA29. It circles the sun like that of 3753 Cruithne. Asteroid 2002 AA29, in contrast to the other asteroid, moves in a more horseshoe-like path over nearly a year. To be more precise, the Earth has two more bodies in orbit around it that are referred to as its moons. This asteroid comes 5.9 million kilometers closer to Earth every 95 years because of this bizarre pattern. Scientists have predicted that this asteroid will be closer to Earth in the next 600 years, so they have proposed collecting samples from it.

Days Are Getting Longer

In the beginning, days on Earth were approximately 6 hours long, this was increased to 22 hours about 620 million years ago and now we have one day at almost 24 hours. According to this, we can deduce that the days on Earth are getting longer.

The question is, why?

The moon is the cause of this (the one actual moon). The moon creates tidal waves in space which interfere with the Earth's trajectory and spin causing it to slow down.

The time by which days are extending is 1.7 seconds every second, which will not be noticeable in our lifetime. But it is still interesting to think about, especially if you think about people complaining about insufficient time.

What is the shape of the Earth?

Let's end this debate and answer the question – well, kind of. The Earth is not flat. But it is also not a perfect sphere.

With the aid of space travel and modern technology, scientists have said that the Earth seems flattened in the poles and bulges out by 0.3 percent at the center on the Equator. In short, it is shaped like a squashed ball (Oblate Spheroid).

Gravity Is Not Uniform

Earth Used To Be Purple

The Earth is full of impressive wonders. These include various living organisms, some of which use chlorophyll to absorb sunlight and survive. Scientists have theorized that in the past organisms used a substance other than chlorophyll called, Retinal.

There is a photosynthetic microbe called halobacteria. It contains a retina, which absorbs green light and reflects it as red and violet light. This combination reflects a purple appearance. Due to this scientists believe that organisms in the past had a violet hue which resulted in the Earth seemingly being purple.

And Then There Was One

Whether the Earth was purple or not, it is safe to say that it was very different in the past. Today, the Earth's land is divided into seven continents; however, this was not the case in the past. Just 800 years ago, all these continents were joined together with the now North America in its center to form one supercontinent, Rodina.

These continents are not stationary, but they float on top of magma. It resulted in Rodina breaking up some 250 million years ago before coming back together to form one enormous piece of land surrounded by one massive sea.

50 Million Years ago, this second supercontinent broke into two gigantic masses, Gondwanaland and Laurasia, which further broke down to form the continents we know today.

It is challenging for the Earth's plates to break apart and reform. Imagine a piece of scale; if you break it then no matter how much you try to fix it, it will never be the same.

That is why the Earth is different from other planets, as it can repair itself. When the tectonic plates move apart from each other, it creates a space for the magma to creep out on the ground. This magma then quickly cools down to form new land.

The movement of tectonic plates is also a big part of the carbon cycle and prevents Earth from sharing the same fate as Venus. When plants die, they fall into the oceans, which break down into carbon and are absorbed into the Earth, preventing the Runaway Greenhouse Effect.

It Moves! It Spins!

The Earth is an absolute marvel. I orbit the sun in 365 days (one year), moving at a speed of approximately 30 kilometers per hour. It doesn't just around the sun. It also rotates on its axis at about 1000 miles per hour. It is also tilted at a 23.4-degree angle, which is why we have different seasons. The seasons occur because sunlight reaches some parts of the Earth at a time. Its rotation and movement are also because of its activity. The orbit around the sun gives us seasons, and the cycle gives us day and night.

Only Planet with Life

Another reason the Earth is a marvel is that it is the only planet in our solar system (or any other solar system) that can support life. Earth has an abundance of Oxygen and Water, which is essential to sustain life. Its distance from the sun maintains a temperature that is favourable for life.

Scientists have worked tirelessly to find a planet in the universe with life and although they have found some signs of water and organic life on Mars to date, Earth remains the only planet that has life.

The Earth's atmosphere expands for about 10,000 km into space and it is also another reason for the sustainability of life on Earth. The atmosphere is a blanket of gases enriched in gases necessary for life, such as Oxygen, Nitrogen, Carbon Dioxide, and Argon. It also protects us from meteors and the atmosphere has a layer known as the Ozone Layer which doesn't allow the harmful rays emanating from the sun to reach Earth.

Scientists have researched rocks and minerals, figuring out that the Earth has been home to human beings and other living organisms for about 4.5 billion years. In the 4.5 billion years of its existence, humans have succeeded in learning several facts about their home planet, but they need to know more about it. Scientists are constantly working on answering questions about our planet and we will continue to find out new facts about the world we call home.

WASP-96b - A planet with water, hazes and clouds? James Webb Space Telescope discovers something nobody else could…