Trigonometry - a Joint Credit to The World 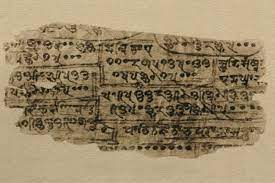 Trigonometry is a branch of mathematics with multiple applications, be it architecture, astronomy, calculus, or science. We always associate trigonometry with Pythagoras, the classic a² + b² = c², but was he the first to find out? Archaeologists may differ. A French archaeologist found a clay tablet in 1894 near Baghdad; the government placed it in a museum in Istanbul without many studies. It was spotted in 2018 by Australian mathematician Daniel Mansfield. He is a senior lecturer in Sydney and has been investigating the angles of the tablet for three years. He says this 3700-year-old tablet might be the oldest demonstration of applied geometry.

Thales of Miletus taught Pythagoras mathematics, and he completed his further studies in Egypt. It is possible that he visited Babylon and India on his way back to Egypt. Even Euclid is said to have proved the theorem in the conclusion of Book 1. Pythagoras has proved the theorem in his monastery, where he and his disciples figured out the proof. It works only for right-angled triangles, and the length of the irrational number, square root of 2, could be drawn. Pythagoras influenced philosophers like Plato and certainly left an impression on mathematics and astronomy. But is it right to say that he was the only one who found the sum of sides of the triangle equal to the square of the hypotenuse?

The Claim of The Babylonians

The clay tablet called Si.427 shows geometric figures with accurate angles and most probably deals with land distribution. It is a part of Plimpton 322, nicknamed the most sophisticated and exciting mathematical object from antiquity. The tablet contains 3 Pythagorean triplets. Pythagorean triplets are a group of 3 now, which can be the sides of a right triangle, i.e., the sum of squares of two numbers should be equal to the square of the third. The triplets are.

Thus Si.427 might be the key to proving that Trigonometry did exist, if not in theory, then in practice long before Pythagoras entered the picture.

The Mention of Right Angles in Shalva Sutra

The theorem was mentioned in Baudhayan's Shalva Sitra, around two centuries before Pythagoras proved it. The Shalva Sutra deals with measurements of "havan Kund" for veneration and talks about two congruent right-angled triangles joined at the hypotenuse as the method of creating a square. Similarly, Archimedes of Syracuse is credited with finding the value of Pi; he calculated it by determining the length of a perimeter of a polygon inscribed in a circle and a polygon circumscribed outside of a circle. While Aryabhata did that by creating the circumference of the ring to the formula he derived. He wrote a verse which translates to " 84 200 x 8 and then at 62000. By this rule the circumference of a circle with diameter 20000 can be approximately found". He calculated it right to 31 decimal places and stated that it was irrational about 4700 years ago, and Lambert found this value only in the 1760s. The Chinese also actively used the Pythagoras theorem, known as the "gou-gou" theorem in Chinese literature.

Most people would agree that academic studies specifically related to maths and science are presented in western light. The work of eastern philosophers and mathematicians is seldom recognized and, even if identified, is not as popular. The imaging field of de-westernization is an attempt by Scholars to look at history, media communication, science, technology, and various other disciplines unbiased. The countries which were ruled over for years lost part of their traditional values and knowledge, and it was labelled as "Renaissance" discoveries. The tint of eurocentrism must be removed from the study of science. Neither replacing current theories with native ones without doing studies based on raw data alone is a solution. We should celebrate the scholars of all countries and consider their works like "Trigonometry", our shared treasure. The aim should not deconstruct present knowledge or defame already famous philosophers but acknowledge all the sources and simultaneously present narratives from all sides.