“Ungodly”: How Queer Culture Has Been Historically Erased 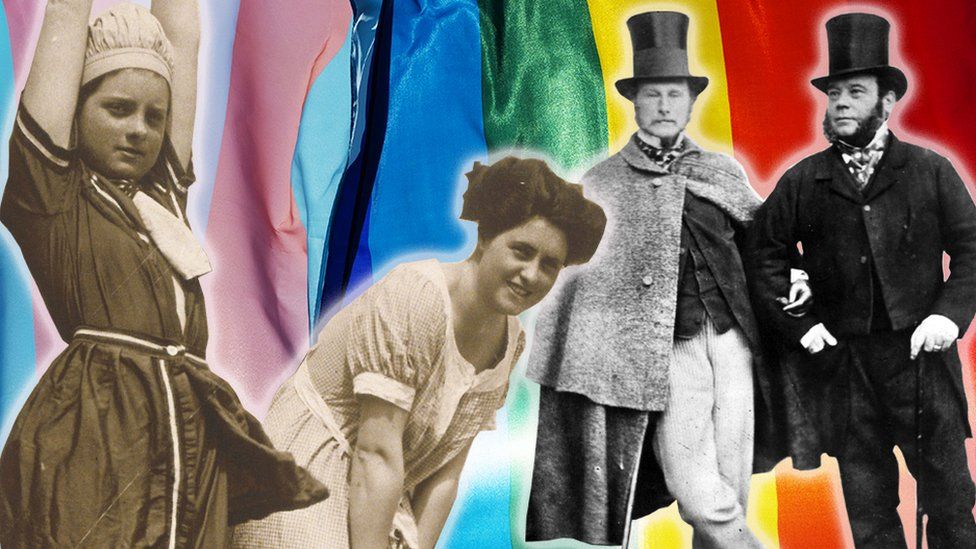 “We didn’t use to have this at my time”; “Now everybody seems to be LGBT, it’s a new trend”; “Back in my days, everybody was straight. We didn’t have this lack of decency”. You may have already heard some of these phrases, or variations of them, when commenting about the LGBTQIA+ community or rights. Novelty is one of the biggest arguments used against the community, as a way to justify mistreatment by masking it as just “not being used to it” rather than correctly classifying it as homophobia.

Although queer people have been part of society pretty much since the start of civilization, with androgynous god representations in Ancient Egypt, homosexual poets in Ancient Greece, and non-binary genders in African and American tribes, we still tend to erase historical figures’ identities as LGBTQIA+ people.  In fact, the historical erasure of LGBT+ people has been the main reason why queer individuals and culture are so underrepresented, leading to this false perception of it being something recent among society.

Queer erasure is the term used to refer to “the tendency to remove lesbian, gay, bisexual, transgender, asexual and queer groups of people intentionally or unintentionally from the record, or to dismiss or downplay their significance”, which occurs when heterosexuality and cisgenderness are considered to be the default amongst society. The process of historically and culturally erasing queers can be traced back to colonial times when European potencies started to branch out and evangelize those who were being colonized.

The first registered homophobia crime in Brazil occurred in 1614 when an indigenous person from the Tipinambá tribe was executed by the Catholic church because he was a tibira, the tribal word used to describe gay people. This execution is a part of Brazilian history that has been completely hidden until an anthropology university professor in Bahia found the records and set them public. Furthermore, Britain was responsible for implementing many anti-sodomy and anti-homosexuality laws in their African colonies, without consulting local peoples. The spread of fundamentalism Christian values by European settlers caused colonies to lose their previous cultural attitude towards sexual orientation and gender identity, being forced to adopt new values from colonizers, as explained by Leah Buckle from the Stonewall Organization.

These anti-LGBT+ laws were not only valid for the colonies but also in the mainland territories. For instance, in France, since the 13th century, the punishment for male homosexuality included castration. Meanwhile, in Britain, it was punished by death until the 19th century. Although gay men have been punished for the most part of history, for a long time, there were no specific laws regarding lesbianism because it was simply seen as impossible to happen. It was not believed that women had a sexual desire at all, let alone towards other women. This was another way for society to invalidate the lesbian identity by simply denying its possibility of existing.

Furthermore, the erasure of queer identities goes beyond only lawmakers and religious leaders deeming it unnatural and thoroughly making it illegal. There seems to have a common historical sense that notorious people should not have their gay or trans identities disclosed. For instance, for centuries Emily Dickinson has been portrayed as a straight woman, despite having written literal love poems to her lover, Susan Gilbert. According to historians who studied Jane Addams, a Nobel peace prize winner considered to be the United States’mother of social work, she was in romantic relationships with women, yet, this aspect of her life is simply not commented on, especially on the Nobel Prize’s page dedicated for her. In fact, her partner is instead referred to as her friend.

Another example of erasing one’s queer identity is how Beyard Rustin, a civil rights activist from the 1960s, is still sometimes perceived as straight despite having been openly gay and in a relationship. Sometimes, when a historical figure does have their sexuality commented on, their queerness is perceived only as a way to diminish their importance or question their character. For example, Catherine the Great from Russia. It was known that she had romantic relationships with both men and women and would probably recognize herself as bisexual nowadays, but her bisexuality was only used to accentuate her “quirkiness” and eccentricity as a leader.

It is hard to find proper evidence of queer historical figures prior to the Stonewall riot in 1969, and still, even post-riot, queer representation is still lacking. We have been able to observe more LGBTQIA+ characters on TV, in books, music… yet, when it comes to finding out about queers in history, there’s still a huge question mark left due to having to hide for centuries out of fear of the church, anti-homosexuality laws, and overall lack of social acceptance.  Only now historical queers have been able to have their identities shared with the world through the work of historians who want to show history as it has always been: with LGBT+ people in it.

Journey To The Museum