Untouchability – does it still exist? 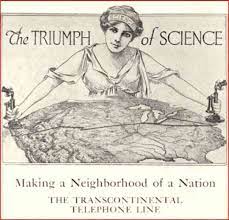 In this article, we will discuss what untouchability is, how it started, and examine if it still exists in our country.

Most of us reading this right now, have not experienced untouchability. But it can be assumed that most of us have read about it, as a topic in school as a part of social science.

But how much do you remember?  Have you ever pondered on this topic beyond what is in your syllabus?

I haven’t. Today as a journalist I’m looking at this topic from a whole different perspective. I don’t have to answer in an exam but I surely need to know about this because I’m a participant in a democratic society. As I was doing my research, I have come across information that made me question the very humanity that we all say exists within us.

As a contribution to enlighten society, I will, today, shed light on this topic that has been ignored for a long time.

To begin with, let us first establish what untouchability is

. A simple way to define it:

Now that we have understood the definition, let us find out how it came into existence.

B.R Ambedkar was an Indian social reformer and politician who came from a social group that was considered impure. He theorized that untouchability originated because of the deliberate policy of the upper caste Brahmanas. He believed that brahmans despised people who gave up Brahmanism in favor of Buddhism. However, his theory was later refuted by scholars such as Vivekanand Jha.

Nriprendra Kumar, a professor of history, theorized that this concept originated when Dravidians discriminated against Indians and that it was borrowed by indo-Aryans. However, scholars have refuted this theory saying that there is no proof that Dravidians practiced untouchability before coming into contact with the indo-Aryans.

Austrian ethnologist Christopher von theorized that untouchability originated as class stratification in urban areas of the Indus valley civilization. According to this theory, the workers involved in unclean practices such as sweeping or leatherwork were historically segregated and banished outside the city limits. Over time, this cleanliness came to be viewed as purity and the concept of untouchability eventually spread. After the decline of the Indus valley towns, these people who are considered untouchable moved to other parts of the country. However, this theory is also refuted as there is no evidence and it also doesn’t explain how untouchability is more pronounced in rural areas.

American scholar George L Hart based on his interpretation of old Tamil works said that untouchability emerged in towns when people who played the drums during birth or death were ill-treated. According to this theory, these people were considered impure and thought of as having powers that could pollute others.

Scholars such as Suvira Jaiswal, R.S Sharma, and Vivekanand Jha characterize untouchability as a relatively later development after the establishment of the varna and caste system. (The earliest ved text, Rigveda is said to have no mention of untouchability). There is no certain evidence to prove that untouchability was mentioned in Vedic literature. It is assumed by scholars that the varna system was in place during the Vedas but whether untouchability existed or not is hard to ascertain.

According to Jha, untouchability reached its peak during 600-1200 AD.

According to R S Sharma, untouchability emerged when aboriginal tribes were considered impure because of the unclean work they do such as manual labor which was despised by the privileged groups. According to Jaiswal, when the members of aboriginal groups were assimilated into brahman society, the higher classes, to assert their power, ill-treated them, and eventually branded them as untouchables.

With this, we have established how it originated which stands as just a theory as no scholar provides strong evidence to support their theory.

Now let us discuss what untouchability involves in the Indian context:

The term is most commonly associated with the treatment of the Dalit communities in the Indian subcontinent who were considered “polluting”.

Untouchability is believed to have been first mentioned in dharmashastra( this is just an assumption made by scholars). According to the religious Hindu text, untouchables were not considered a part of the varna system. Therefore, they were not treated like the savarnas ( Brahmins, Kshatriyas, vaishyas, and Shudras)

As I was researching this topic, I had asked the older generation if they have beared witness to any events involving untouchability and every single person said yes.

According to the information I gathered, these people who were not included in the varna system and those who performed jobs such as fishing or carpentry were considered impure.

Back then, those of the higher class who went to school with the members of the discriminated group would return from school and before entering would put turmeric water considered pure in Hindu mythology to rid themselves of the impurity that was caused by sitting near the lower class.

When these people would come for taking any food or water from the higher class, the food would be thrown into their plates without touching the surfaces that the lower class had polluted by touching. To avoid contact, these works would be done by the children at home who would be taught to never touch those of the lower class and if they did by chance, there would be a whole process that took place to make them pure again.

Now the question that arises in all our minds is, has the government taken any steps to stop this practice?

The answer is yes.

According to article 17 of the Indian constitution (abolition of untouchability)  “untouchability” is abolished and its practice in any form is forbidden. The enforcement of any disability arising out of untouchability shall be an offense punishable in accordance with the law.

The question that remains is, has it really been abolished?

In the modern world, we all claim to be woke. But is it true? Have we really moved past the practice of discrimination? I think not.

There have been instances that make me believe that untouchability exists. Though subtle it is still in existence.

Have you ever given a beggar food? When you do, do you touch them or do you throw it into their hand? I have most often seen people throw food into the beggar’s hands and making sure that they don’t touch them.

In a world where we all need house helps to survive, there is still discrimination against them. Have you seen your mom or dad give your househelp food or anything to drink in utensils that are not mixed with your utensils? This has become a household practice. I have asked house helps who have confirmed this.

I’m acquainted with a person who has not kept a househelp because she thinks that they are impure and will pollute her house.

Now just ponder for a minute, have we abolished untouchability? The above incidents prove that untouchability still exists in our country.

What can we do as a human?

As a human, as a participant in a community, and as a citizen of a democratic country, we must make sure that this heinous crime is abolished. You don’t have to do much. All you need to do is make sure that the next time you hand food to a beggar, you touch his hand lovingly. The next time you see your mom using separate utensils for house help, stop her and help her understand why that is wrong.

The world doesn’t change overnight but that does not mean that we stop working towards a society that is rid of such practices. After all, we are the future torchbearers of this country. If not now, then when?