What is the one characteristic that will ensure lasting success? 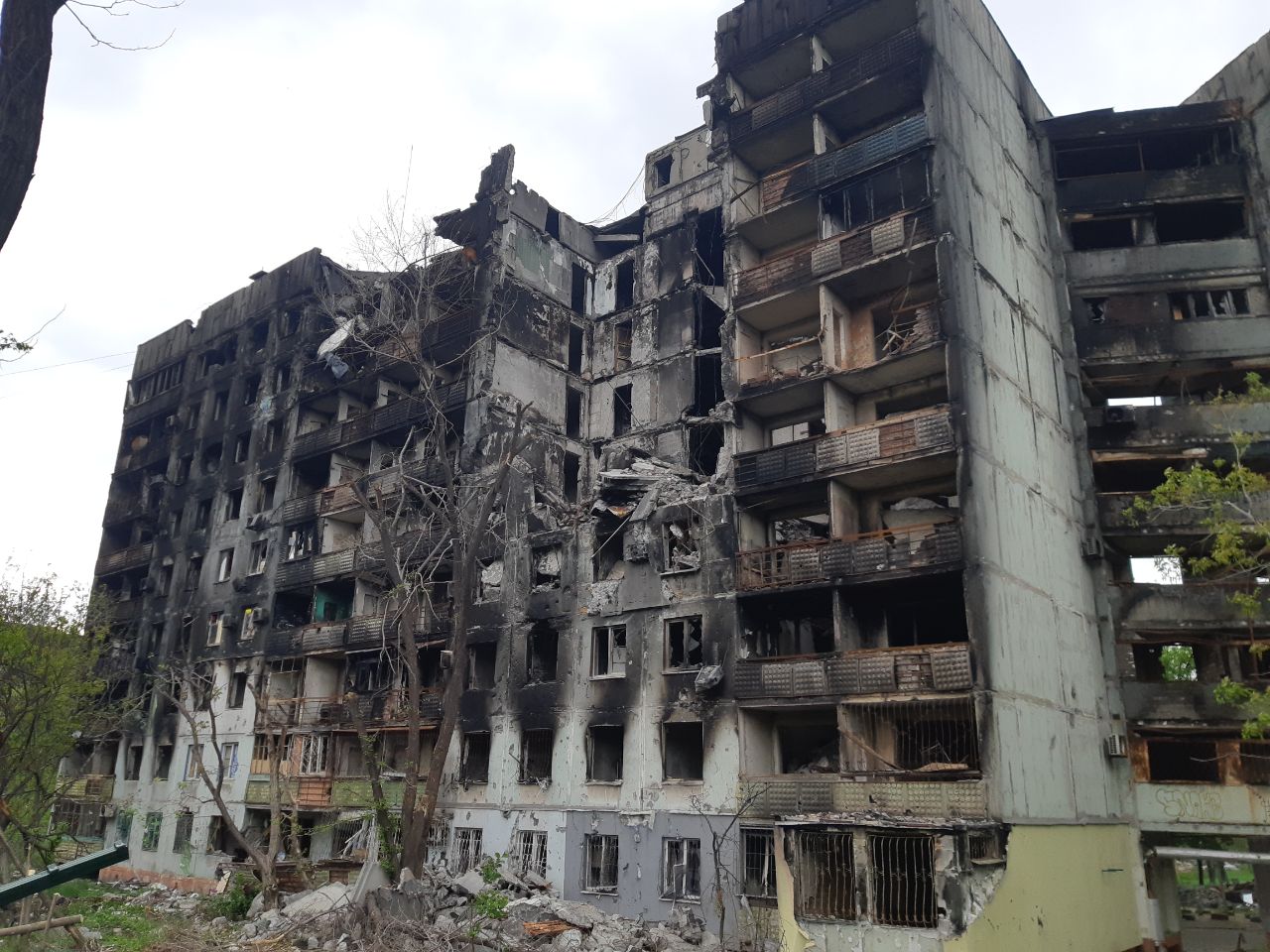 The story of Ruth in the Bible is impacted by famine and human tragedy. In the Bible, many lives are translocated and transformed through not having enough food. Abraham and Sarah, Joseph and his technicolor dream coat, and many others see their lives uprooted by the ravages of famine. In the ancient world, one dry harvest and one failed crop could mean the difference between survival or starvation. However, historical research reveals that a lack of resources is less significant than how resources are distributed. Often times the haves tend to exploit the have-nots, thus leaving starving or homeless people vulnerable to losing their independence and dignity.

Ruth is a Moabite woman who marries an Israelite from the tribe of Judah. How does this inter-cultural marriage come about? In 1060BC towards the end of the period of the ‘Judges’ and after 70 years of Philistine rule there is a severe famine in Canaan. Ruth’s parent-in-law-to-be,  Naomi and Elimelek, leave Judah and travel an up and down hilly road to reach Bethlehem where they settle and are well fed.

The name of Naomi means beautiful, agreeable, and pleasant, and the mane of Elimelek means My God is King. They are believers, but the Bible and Talmud commentaries question whether they should have had more faith that God would provide for them in Judah despite the famine instead of moving to Bethlehem?  Or was their journey prompted by God’s calling and a sense of destiny?

Sadly soon after their arrival in Bethlehem Elimelek dies, and his sons, Mahlon and Killion marry Moabite women. Interestingly the name Mahlon means sickness or a hard pardon, and Killion means pining or wasting away.  The sons die within 10 years of marrying Ruth and Orpah. How can this be God’s destiny? Naomi changes her name to Mirah which means bitter.

Was Naomi’s terrible family loss due to natural causes – everyone dies, or because her sons married Moabite women? Maybe they were killed as officers during the battle between the Moabites and Israelites? In this battle, the Israelite hero, Ehud, killed the Moabite King Eglon and 10,000 Moabites. Thus the Israelites who king Eglon had oppressed for 18 years were freed.

The Targumist and other rabbinic commentaries suggest Ruth and Orpah were the two daughters of King Eglon, suggesting that Mahlon and Killion died in this war as God’s punishment for marrying pagan, unconverted, Moabitess women. In Deuteronomy chapter twenty-three and verse three God instructs:  “No Ammonite or Moabite or any of their descendants may enter the assembly of the Lord, not even in the tenth generation”.

It is important to understand the backdrop of division between the Israelites and the Moabites when Naomi decides to return to Bethlehem. She is now a widow without a husband and without sons, so with no protection or inheritance. The timing of the return is once again due to drought, this time there is no rain in Bethlehem. Naomi, now called Mara is angry with God for the hardship that has overtaken her life.

Many lives in recent history are being impacted by famine caused by climate change. The carbonic overload in our atmosphere imploding climate change is the result of humans living in a way that means the earth – our global support system for survival – is struggling to be self-replenishing and an ongoing critical resource. I know of a Masai village of 27 families, typical of many in Kenya, who are experiencing drought after drought, they and their cattle are starving.

Worldwide there has been human tragedy leading to a loss of friends, family, work colleagues, employment, and lifestyle owing to Covid-19. To add to the turmoil Russia is invading Ukraine, and fleeing women and children are recent refugees.

Naomi’s response to human tragedy and pending starvation is bitterness. Is she not typical of many of us? We forgot the important truth that God often uses bitter experiences to make us better. God uses strong trials to build strong faith so that the earth-anchored roots of our souls are loosened and our hearts soar heavenward. As Naomi’s life- story progresses we see God has not left her side, and neither does Ruth. Before re-telling the bountiful turn-about in Naomi’s life let me tell you the story of a Ukranian refugee with an equally important Messianic message:

Tetiana and her son Kyrylo, 14 years old left Ukraine on 2nd March 2022 as a refugee, heading for a foreign land. They were an ordinary Ukrainian family of Mom, Dad, son, and daughter until 24th February 2022. They had a happy life, a good home there for 24 years, a little corner store that sold household chemicals and utensils, and their son walked to school with his friends in the neighborhood.  Their daughter Olesia, 18 years old continues to live in Kyiv with her boyfriend she loves and will not leave. Fortunately conditions there are more protected and life goes on as normal. On that fateful day, everything changed.

The shelling of the city began, “We heard explosions but at first they were far away, but then our home shelled on 3rd March 2022. Ten rockets flew into our house.  Walls were destroyed, and windows and doors flew out.  It became very scary.  I have a hard time remembering that day.  After the shelling, the gas, electricity, and water supplies were cut off.  Shops were closed and there was nowhere to buy food”, Tetiana reveals shaking a little.

She continues: “A few days later, mobile communications and the Internet were turned off.  An information vacuum set in.  We did not know what was happening in Ukraine and what was happening in our city.  Because of the increased shelling, we did not go further than our block.  Cooking food on a fire was very dangerous.  At any moment the shelling could begin.  I know cases when people died near a fire from a direct hit by a projectile or fragments from it. There were a lot of deaths right in front of us. People were buried right under the windows in the craters from shells”.

Tetiana said that every day the situation became more dangerous. Planes began to fly overhead, the shelling didn't stop.  It was not always possible for them to go out into the yard to cook food, it was too dangerous. At night they slept on the floor in the hallway.  The windows were lined with books and it was very cold. The lack of food, medicine and information, and the constant death around them were terrifying

Eventually, the family escaped from Mariupol on the morning of 20th March 2022, a month after their home was first attacked. That evening their house was burned down. “We were taken out by neighbors in their car. It was very risky. Explosions of shells were heard all around. While we were driving the back window of our car was shattered.  The whole city was on fire, I could not believe that this is our beloved Mariupol.  It was like an Apocalypse”, Tetiana says with horror in her voice and her face pale.

The neighbors drove to Zaporozhye, a city in the neighboring region, but then struggled to find gasoline. Finally they managed to purchase gasoline and drove further to Berdyansk, then to Zaporozhye.  Then they took a long train ride to Kyiv through non-hazardous cities.  Finally, they were transferred to a refugee camp in Poland which they liked. It was a hotel that provided free meals daily and medical assistance. They felt safe there for the first time. Within 3 days of their arrival, the authorities at the refugee camp then organized for them to fly to Sicily by plane. At first, they stayed at a women’s shelter with other refugee mothers and children which was run by a local children’s home. The workers there were very kind they had a big heart for those in need.  They provided for us, laughed with us, and showed much compassion. “I will always be grateful to Rosella and Raphael for their kindness in a strange land and a broken heart”, Tetiana smiles.

Tetiana and Kyrylo are now calming down on the Adriatic Sea in Rosetto dell Abruzzi. Arthur, her husband remains in Ukraine as a volunteer at a coordination center assisting the Ukrainian war efforts. He is thankfully not on the front lines and receives daily food and shelter for his contribution.  Tetiana is able to make contact with Arthur. Her son, Kyrylo says he is fine but sometimes at night he is fearful.  “Here, we walk a lot, go to the beach, the water is very warm in the sea, learn languages, talk a lot”, says Tetiana. This is not home but they are given a chance to recover from their trauma.

We return to the story of another refugee many years ago, Ruth, whose name means devoted companion and friend. Ruth,  unlike Tetiana who was forced to move from her home, and chooses to take the journey to a foreign land with Naomi. Ruth’s love for her mother-in-law requires great personal sacrifice. She journeys to Judah as a grieving widow, a distrusted and disliked Moabite stranger and a vulnerable immigrant

Her faithfulness and her loyalty provide a human channel through which God shows His love and provision. Through Ruth’s bloodline, God continues His spiritual intentions for all people and His earthly inheritance agenda for the Israelites.

God’s timing is perfect, when Naomi and Ruth arrive back in the land of Canaan the harvest is ripe for picking, it is a time of new birth. Boaz, the brother or uncle of Elimilek is visiting his wheat fields and has mercy on the daughter-in-law of his relative, Naomi. He tells his workers to make sure to leave enough wheat for Ruth to glean after the threshing so that her baskets are full.  Boaz sees the faithful, loving heart of Ruth and falls in love with her. He marries her and they give birth to Obed, who fathers Jesse, the father of King David, through whose bloodline God comes to earth as a human with the birth of Jesus Christ. We must also not forget that Boaz was born to Salome, whose ancestor is Abraham. Boaz’s mother is Rahab, the harlot who God miraculously rescued from the city of Jericho on the day when the walls of the city fell and it was besieged by the Israelite army and their captain Joshua. At this time Jericho became the first city of the land God had promised His children and Rahab, a Canaanite woman was welcomed into the tribe of Israel and became a predecessor to Jesus' bloodline.

Once again we see that the one successful characteristic through which God can pioneer His spiritual process and purpose is faithfulness and loyalty.  Today it is possible to show the same redemptive kindness to those who are refugees and struggling with hunger, human loss, and tragedy.