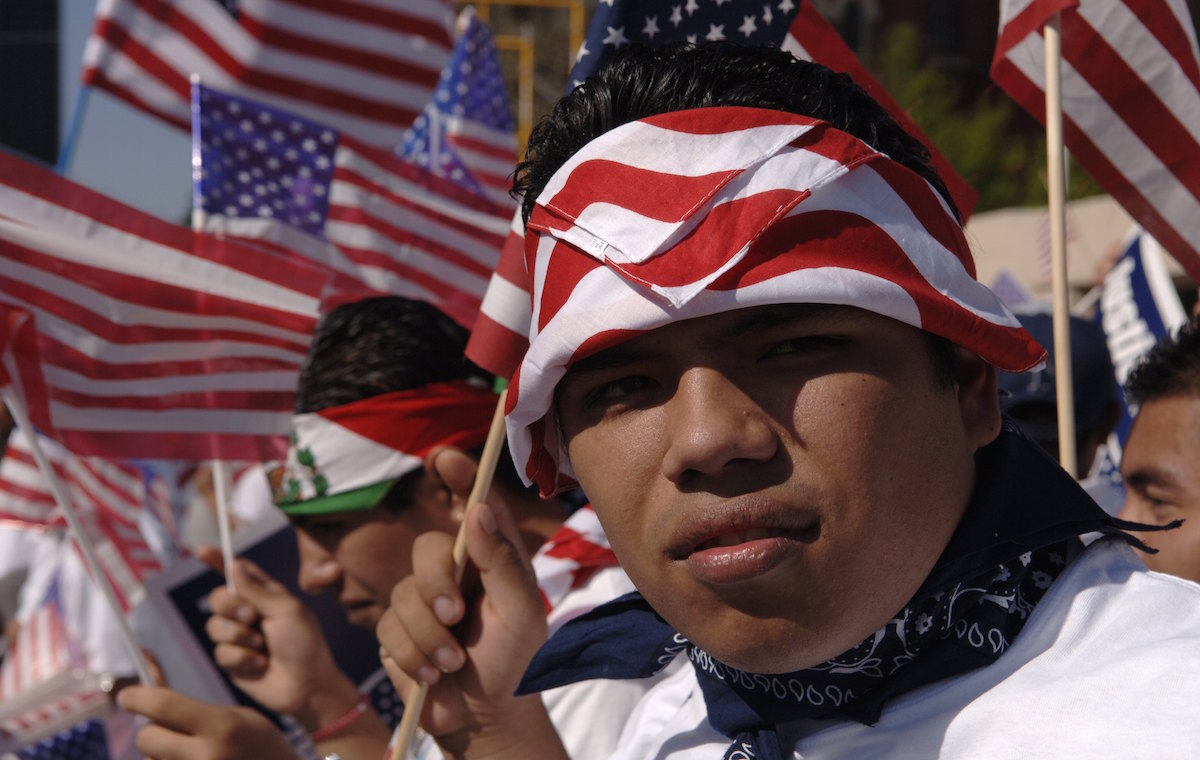 When Donald Trump became president of the United States on January 20th, 2017, one of the main promises he made to convince voters to vouch for him was that he was not only going to build a wall alongside the frontier with Mexico. He also proposed to change policies to make immigration even harder, simply basing his arguments on blatant lies, misinformation, and fear. During his presidency, approximately 54,000 refugees, asylum-seekers, and migrants were held under the custody of the U.S Immigration and Customs Enforcement (ICE), with an additional 20,000 being held by Customs and Border Protection and 11,000 children on account of the Department of Health and Human Services in 2019 alone, mostly being people of Latino origins. This did not happen overnight and showed that Trump’s policies were a simple political reflection of what the Latinx community has faced for years. But why? Why are Latino immigrants so mistreated in the U.S.? Well, the answer is rather complex. To better understand the relationship between the United States and its Latinx community, we need to better grasp the country’s history.

A lot of the territory nowadays considered United Statian has already been part of Mexico. After the American-Mexican war in the 19th century, regions like California, Texas, New Mexico, and Nevada were annexed into the United States. Plus, the annexation of Florida and Louisiana, which were also formerly Latino. Therefore, you have around 100,000 Latinos from these areas who became U.S. citizens. Furthermore, throughout the same century, political events in Mexico created a wave of immigration toward the U.S., further increasing the local Mexican population. The choice of country for immigration by other Latino families was obvious. There was already a large Spanish-speaking population in the country, plus geographical proximity.

With the increase of the Latinx community, discrimination against the group had also increased. According to Erin Blakemore, a journalist who specialized in history, “the anti-Latino prejudice has led to illegal deportations, school segregation and even lynching” since the 1840s, around the same time of the territories’ annexation, and sprawled throughout the years. In addition, the belief that Latino immigrants went to the United States to steal jobs from the Americans also started around the same time, during the creation of the Southern Pacific Railroad. Because they were looking for cheap labor to build new tracks, American recruiters were sent to Mexico to convince locals to emigrate. To this day, Latino men earn around 6 to 7 dollars less than white men, whilst for every dollar a white man makes, Latinas only make 0.55 cents.

The restrained access to fair pay creates an abysmal difference regarding wealth distribution among races in the United States. Latinos and black people are more likely to live in poorer neighborhoods and have less access to proper education. As a result, Latinx and black people are more likely to find themselves in criminal organizations to afford life. This perpetuates the idea that non-white people living in barrios are dangerous rapists or drug dealers, even though only a tiny part of the population actually is. Yet, this argument is profusely used to justify racism and anti-immigration policies.

In the United States, oppression against Latinos is also institutionalized. In 1931, during a Latinx festival in Los Angeles, police officers arrested Mexican-Americans who were present and deported them regardless of their citizenship or immigration status. While this was almost a century ago, this can still be seen in current America. With Trump’s administration, immigrant detention centers started to become flooded with undocumented and documented Latinos set to be deported to places some have never even been to, with the infamous images of immigrant children being put in cages. Lauren Sukin, from the Foreign Policy online newspaper, showed how there are more regulations regarding how prisoners of war should be treated than those in immigration detention centers. Those policies were created through social pressure from a particular group of racists that would choose like-minded people to occupy posts in office.

Finally, it is not uncommon to see on the news about a group of Spanish-speaking people being harassed for speaking their native language and being told to be sent back to their country. Such happens even if they were born in the United States and are thus, American citizens. For those racist anti-Latinx people, the color of their skin, the language they speak, and their ancestry are good enough reasons to put a target behind their backs and treat them as inferior for not being white. This sentiment has been built for centuries, looking for scapegoats to justify everything wrong with the country. But the fact is that the Latinx population is the largest minority group in the U.S., representing almost five per cent of the total residents there, nearly 60 million people. They’ve been there long before the United States was created as a proper State and will always be there, carrying their flag with pride, conserving their culture, and stepping against oppression. This bothers racists, who are afraid of what they don’t know and don’t understand.