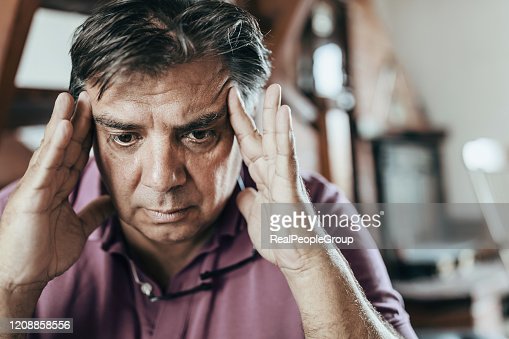 According to the International Association for the Prevention of Suicide (IASP), more than 700.000 people take their own life every year, and men suffer from this at a much higher rate - more than twice as high - than women. In 2020, the American Organization for Suicide Prevention (AFSP) observed that in 2020 male suicides were 3.88 times more frequent than female ones. And that’s not all: the World Health Organization (WHO) reported that half of violent male deaths worldwide are due to suicide, a staggering number.
We now know there are no “essential” differences between men and women, and that gender is not a simple binary. Even the theory of a “male” brain and “female” brain has been thoroughly debunked and is, nowadays, derided by neuroscientists. So why are these differences present among gender lines?
The so-called “traditional” masculine gender roles seem to be the main culprit behind this mental health crisis, that affects a great number of boys and young men as well as adults - though men over 65 appear to be the most at risk.

While there are multiple ways of performing masculinity and several non-hegemonic, non-heterosexual ways of “being a man”, by “traditional” masculine gender roles we mean the ones accepted as hegemonic. If according to some conservative critics, this problem is due to a “crisis of masculinity” and the solution is to return to “proper”, rigid gender roles, this proposed solution seems to be what harmed men in the first place. According to research these gender roles for men, in fact, inhibit behaviors that would allow them, and teens and young men in particular, to better deal with suicidal ideations - as well as decreasing their overall quality of life. What do we mean by this? The learned inability to confide one’s problems in others and to ask for help, due to the extreme emphasis placed on self reliance, is deleterious to one’s mental health and the main reason why so many die by suicide every year. Men are often reluctant to get psychological help, seen as a sign of weakness, due to this ideal of masculinity.

As adolescents are more prone than adults to mental health issues, they are a particularly vulnerable demographic: self harming behaviors (a common risk factor) are more common in this segment of the population, for instance. Further, for people between the ages of 10 and 24, “mental disorders are the largest contributor to the global burden of disease”, and young men appear to be the ones who most strongly uphold “traditional” gender norms. Gender performance, therefore, must also consider age as a variable.
Young men face intense pressure to conform to these norms and may face serious social consequences if they do not comply, which limits them to a set of behaviors that hinders healthy emotional responses. In most western countries, heterosexuality, competitiveness, toughness, and physical prowess represent the masculine ideal. This model promotes violence as the appropriate response to conflict and fosters a mentality that heightens “engagement with painful and provocative life events”, which would also make men more prone to attempting suicide.

Dangerous behaviors such as reckless driving, drinking, and smoking are thus encouraged: all behaviors that produce serious health risks, which suggests these gender norms result in negative health outcomes as well. Interestingly and quite sadly, compared to female suicides, which see a great number of suicide attempts but a reduced number of successful ones, male suicide appear to be far more lethal: this is what a European study which analyzed the data of more than 5000 participants found out. The paper observed that suicides seem to be a “male” problem, as the ones committed by men far outnumber those committed by women: they are “four to five times higher for men”. According to the European paper, “Serious Suicide Attempts” were far more common in male victims, especially by intentional drug overdose. The data didn’t see the same differences among gender lines, however, in the “merely” attempted suicides. In short, it may be that statistically men tend to have a more serious intent to take their own life: though, of course, this knowledge must not lead us to dismiss female suicide victims, or to make assumptions which may be sexist in nature. After all, some other studies did not show relevant differences between males and females regarding this: further research is in order to shed light on this issue. Paradoxical as it may seem, women do seem to attempt suicide and experience suicidal ideations far more than men - only, as said previously, their attempts are much less likely to reach the intended outcome. A prevalence of Major Depression in females has been hypothesized to be the culprit; however, it does not explain why so many men succeed in their attempts compared to women. Experts still do not understand the process between suicidal ideation and actual action, which is part of the reason why attempts at reducing suicide rates have not been very successful so far, and why it is so difficult to reach a conclusion on this topic.

There is, however, a bright side even in this situation. To end this article on a positive note, it is important to remember suicide is, after all, a preventable issue: efficient countermeasures can be taken. One Australian study on the effects of gender norms on young men highlighted the need to provide them with alternative ways to be “male”, in order to help them better deal with mental health issues related to suicide. According to its findings, “encouraging help-seeking is vital” to their wellbeing. It also hypothesized it is important not to enforce rigid norms related to heteronormativity, and not just for those men who do not conform to them. A relaxation of these norms and foregoing “toxic masculinity” would thus be a step in the right direction. Perhaps it will not solve the problem entirely: but it will be a fundamental stepping stone towards the ultimate goal of improving male mental health.