Why is Marital Rape still not a crime in India? 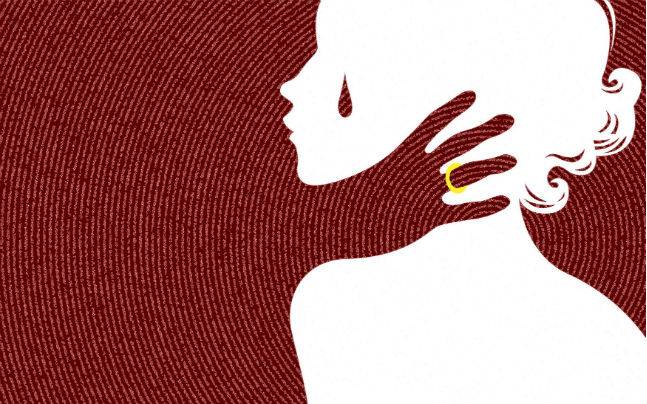 In its most ideal sense, the law should bear the responsibility of ensuring the well-being of the citizens of a country. However, it is common knowledge that theory and practice are poles apart when it comes to law and order. Specific laws in India even make one question the definition of a ‘citizen,’ and if women are even considered part of that definition. India is well-known for its “unity in diversity.” What’s even more interesting than the diversities that make up the nation is the plethora of paradoxes that lurk behind its rich surface of culture and traditions.

The way women are treated in India is the biggest example of its core paradox. In the same country where the image of ‘Bharatmatha’ is celebrated and revered as the symbol of power and motherhood, women fear walking the streets at night. The 2021 annual report of the National Crime Records Bureau(NCRB) threw light on the appalling number of rape cases registered across the country. On average, 86 cases of rape were reported daily. While rape cases and violence form one end of the problematic spectrum, on the other end, we have an even more concerning polemic, marital rape. Sheltered by the same cultures and traditions that accord men with inexplicable power in marriage, marital rape was normalized for a very long time until consent and agency entered the discourse. For those who aren’t aware, Section 375 of the Indian Penal Code (IPC) says that sexual intercourse by a man with his wife aged 18 or above is not rape even if it is without her consent. A law that explicitly allows for a violation of consent is contradictory in itself, and yet in India, even today, there are two sides to the criminalization of marital rape.

The fact that it took seven long years for a court to even hear petitions seeking to criminalize non-consensual sex in marriage is unfortunate, and the resultant split verdict further underscores the depth of patriarchal hegemony and entitlement. Perhaps, the two different verdicts could be seen as a metaphor for the two faces of India that are in constant conflict. One embraces progress, while the other goes in the opposite direction, thereby neutralizing the overall effect.

The Oxford Learners dictionary defines rape as “the crime of forcing somebody to have sex when they do not want it or are not able to agree to it.” Yes, the definition clearly categorizes sexual activity carried out without the consent of the other party involved as rape, and yet the Indian legal system is still debating the nuances of non-consensual sex in marriage, and if it should be criminalized on the grounds of marital rape.

India is one of the few countries that is yet to criminalize marital rape. Why is a country known for its scholarly and scientific potential still behind in accepting and acknowledging the agency and rights of women? The riddle isn’t as complicated as you might think. All you have to do is look back at the gender roles that have always proved advantageous to men in general. Perhaps, the discomfort and distress a good majority of men express at the very notion of criminalizing marital rape illuminates how a slight disturbance of the status quo causes inexplicable uproar, often puerile and unreasonable.

A report released by the Pew Research Center, a non-profit based in Washington DC, sheds light on the patriarchal hues that still dominate the Indian social canvas. As per the report, “nine-in-ten Indians agree with the notion that a wife must always obey her husband.” Although a good majority of the adults surveyed stuck to egalitarian views, there were still people who remain convinced that the well-being of a society depends on adherence to these parochial gender-roles. Even today, the motif of the all-enduring woman, signalised by sacrifice and suffering, is exalted and celebrated. This unfair glorification places women on a pedestal of thorns, and every time a woman gathers the courage to exercise her rights and raise her voice, she is viewed as an antagonist figure threatening the sanctimonious traditions.

This unequal social dynamics naturally puts men in a position of control and is further cemented by the ‘sacred’ label of marriage which conveniently takes away the onus of accountability, and by default invalidates consent.There are several instances where the husband is even equated to god.

“To a Hindu wife her husband is her God and her life becomes one of selfless service and profound dedication to her husband.” You might be surprised to know that the given statement is not taken from any religious text but from a ‘well-meaning’ judgment passed by the apex court of India. If a court that is supposed to run on the wheels of objectivity promotes regressive notions that sabotage the identity of women, what does it say about the plight of the country and its standing with respect to women’s rights?

The silver lining here is the fact that people are beginning to raise their voices against the arcane law that borders on dehumanization. Although there is still a long way to go, the first step taken is worth the applause because raising questions and expressing dissent is the first step to breaking the walls of inequality and injustice.