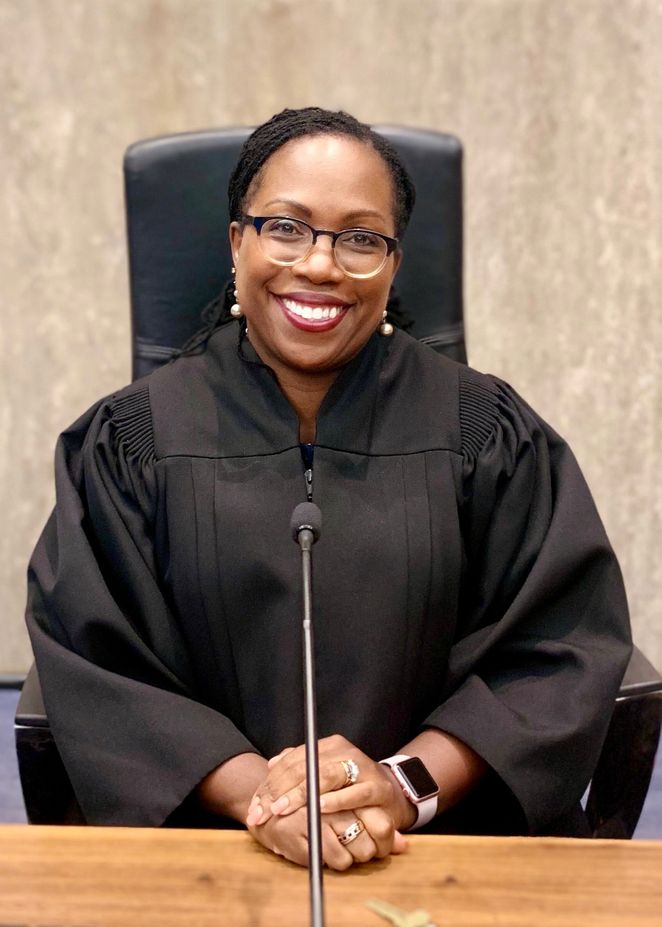 Ketanji Brown Jackson just became the first black woman nominated to the US Supreme Court, according to TheSocialTalks. And yet, despite this historical achievement, many people in the US have failed to see the significance of a black woman being the first on the Supreme Court.

According to Metro, Ella Fitzgerald infamously could not perform at one of Los Angeles's famous nightclubs because she was a black, overweight woman who was not "glamorous enough to perform at the nightclub". In a podcast by NPR, Billie Holiday was the target of Henry J. Anslinger, a US official, who frequently busted Holiday for her use of drugs because he disagreed with the message behind her famous song, "Strange Fruit". The song was a protest song against the lynching of black men across the United States. Like other black women during her time, Holiday was also a domestic abuse victim, and she suffered at the hands of various men throughout her life, as reported by NPR.

And yet, despite all of these hurdles, black women have made significant contributions to Western culture. Both Holiday and Fitzergald are seen as jazz's biggest stars, and Holiday has been credited for bringing jazz into the limelight. As documented by the National Women’s History Museum, Sojourner Truth was a staunch abolitionist and helped humanize black women with her passionate speeches, her most famous being "Ain't I a Woman?", and written in another article published by the museum, Rosa Parks started the entire Montgomery Bus Boycott with her initial refusal to give up her seat to a black man. Even though black women faced incredible disadvantages throughout US history, they found ways to contribute to US culture and US history. This is perhaps the biggest reason why Jackson's nomination is so important.

Having a black woman on the highest court of the United States allows this group of marginalized people to have a say on what goes on in government, and it helps create a sense of community. With America being a period of great racial division, Jackson's nomination brings the whole country together and creates unity among Americans, especially those who feel that they have gone without a voice for many years in the judicial branch of the US government. Conservatives, however, have pointed out that Jackson's record as a judge is questionable, reported by PBS, and many saw her as an unfit candidate who was rushed in before the 2022 midterms. In his primetime show, conservative Pundit Tucker Carlson has even questioned if she passed her LSAT as reported by Newsweek.

While Jackson’s nomination is important for the community she represents, her nomination did not come just because she was “black”. She is also certainly not unqualified for the position as Tucker Carlson tried to say on his show. Jackson’s nomination came after a long history of being a judge. As documented in an article published by Biography, she served as Vice-Chair of the United States Sentencing Commission from 2010 to 2014, Judge of US District Court of Colombia from 2013 to 2021, and recently assumed the position of Judge of US Court of Appeals for District of Colombia Circuit in 2021. Her background in law makes her more qualified for the position of US Supreme Court Justice than recent conservative pick Justice Barnett who only served three years as a judge for the United States Court of Appeals for the Seventh District, documented on another Biography article.

And while Jackson's leanings as a liberal might alienate members of the far-right in the United States, her nomination comes as a relief to those who lean left and those who consider themselves moderates.

And yet, despite all of the reasons listed above, conservatives still take issues with the soon-to-be Supreme Court Justice. Many factors are to blame for this. It is no secret that US politics have become extremely polarizing in recent years, with many pointing to the election of Donald Trump as a big factor. Because of this recent polarization, both Democrats and Republicans have insulted one another, calling each other radicals and accusing one another of associating with the extremes of their respective sides.

Brown Jackson received her share of name-calling by Republicans. US Senator Ted Cruz, in a statement recorded on Youtube, called her "the furthest left of any Justice to serve on the Supreme Court" and stated Jackson "will vote...to undermine the constitutional rights of Americans". His accusations echo those of other conservatives who spread falsehoods that Brown Jackson will go after Americans' right of free speech and their 2nd amendment rights despite Brown Jackson not stating her stance on the 2nd amendment and seems to be a staunch advocate of the right of free speech. These accusations come after Florida Republicans, with the support of other US Republicans, signed the "Don't Say Gay" bill into law which would prevent gay teachers from speaking about their spouses or their sexual orientation, reported by Independent.

The main issue Republicans seem to have with Brown Jackson is that she was nominated by Democrat President Joe Biden. a president some Republicans continue to insist stole the office from former President Donald Trump, according to Yahoo News. They fear she will be more sympathetic towards the Democratic Party and will vote strictly liberal despite her record showing that she is only a left-leaning moderate. It's a valid concern, and yet their attacks against Brown Jackson are completely unwarranted and unnecessary. By labeling her a radical leftist, they are attempting to alienate her from Americans and fear-monger conservatives and right-leaning moderates into believing that she will do the bidding of any liberal or left-leaning centrist President. And yet such a picture is unrealistic, as the executive branch has no power over the judicial branch in the United States, a fact that Senate Republicans are well aware of.

Whether Republicans like it or not, Brown Jackson is about to summon her place on the highest court in the United States, and she is bringing a voice for Americans who have gone without a voice in the Supreme Court for far too long. Despite the attacks from Republicans and questions about her record, she was confirmed by all Democrats, all independents, and three Republicans who crossed party lines to vote for her, as reported by CNBC. While it's hard to predict how Brown Jackson would vote on law-changing cases, one can only hope she will vote in the best interest of Americans.