When the Voices Merge : An effort towards a constructive change. 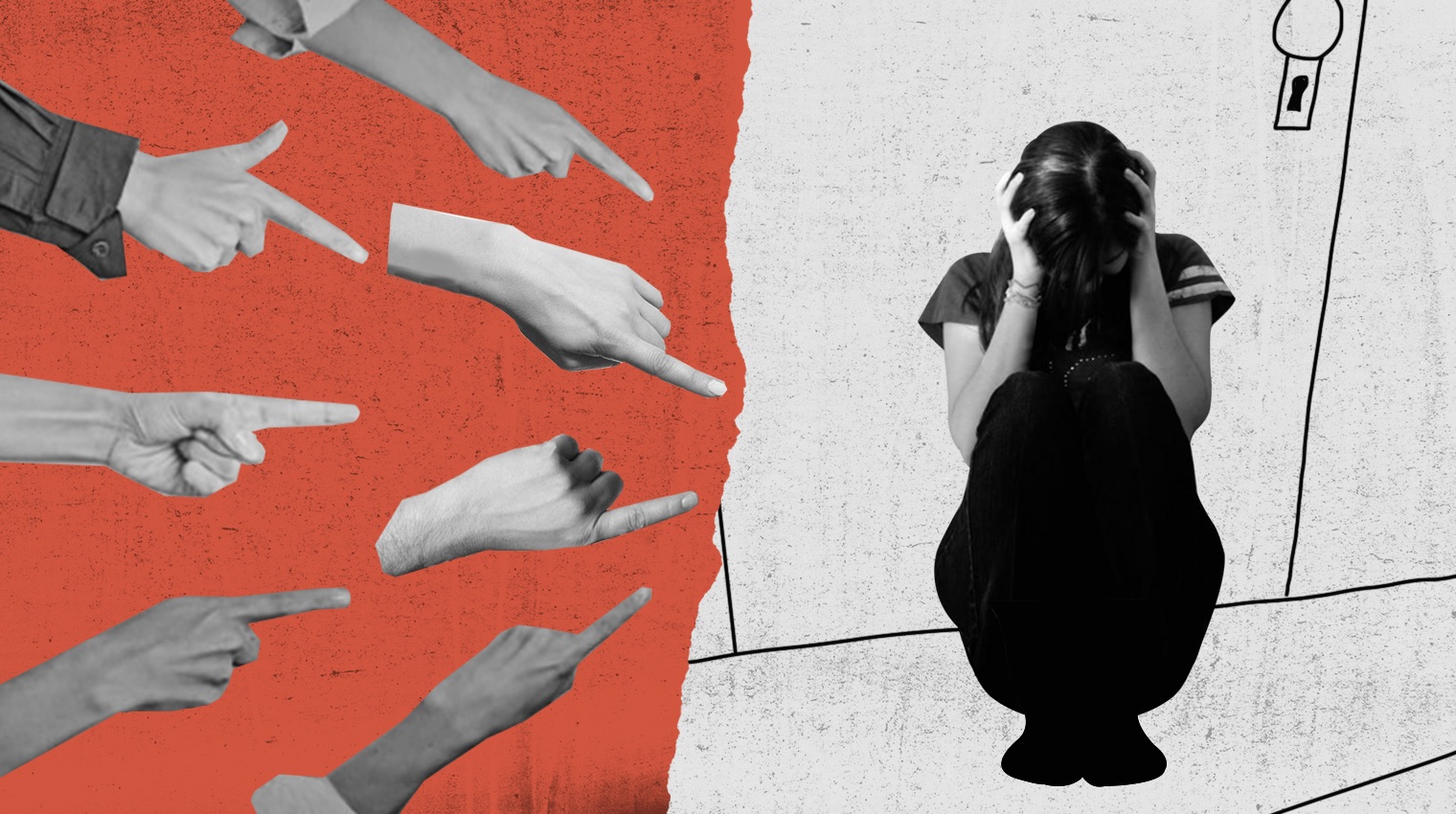 As the nation implemented unprecedented lockdown measures and followed lockdown orders during the pandemic, many women who experienced violence found themselves trapped with their abusers, compounding the effects of their abuse. Cases of domestic violence have seen a dramatic increase in the past year. Violence continues unabated and a significant number of cases go unreported, either to protect family reputations or for fear of embarrassment in identifying themselves as victims.

The Indian National Commission for Women (NCW) has found a more than double rise in gender-based violence during the lockdown in India. Between March 23 and April 16, NCW recorded 587 reports of domestic violence, an increase of ~45% over the previous 25 days. Factors aggravating the situation include the lockdown, financial concerns related to the lockdown, and the lack of access to alcohol. The virus reflected pre-existing patriarchal beliefs and reinforced pre-existing discrimination and inequalities. Police indifference to women's complaints has also tripled as police are busy with lockdown orders. Indian women's rights activist Kavita Krishnan said the women told her that if the Indian government had warned about the lockdown, they could have tried to move to safer places in time. Childline India’s hotline received more than 92,000 calls asking for protection from abuse and violence between March 20 and 31, the start of the lockdown in India. The ongoing lockdown has also trapped children with their abusers at home. A new UN Women report bringing together survey data from 13 countries across all regions (Kenya, Thailand, Ukraine, Cameroon, Albania, Bangladesh, Colombia, Paraguay, Nigeria, Ivory Coast, Morocco, Jordan, and Kyrgyzstan). ), confirming the seriousness of the problem.

A growing number of domestic violence centers and shelters around the world are reporting an increase in calls for help. Reports of domestic violence and emergency calls have increased by more than 25 percent in several countries since social distancing measures were put in place. It is likely that these numbers only reflect the worst cases. In the 13 countries surveyed, 2 in 3 women say they or a woman they know have experienced violence at some point in their lives. Almost every second person reports direct or indirect experiences of violence since the beginning of the pandemic. The most common form is verbal abuse (50%), followed by sexual harassment (40%), physical abuse (36%), denial of basic needs (35%,) and denial of media (30%). Seven out of 10 women surveyed believe that violence against women is widespread in their community. Most women believe that COVID has made things worse. Almost 7 in 10 women think domestic violence has increased during the pandemic and 3 in 5 think sexual harassment in public has increased. In many cases, operational constraints have left the increased demand for shelter and other forms of support unmet.

Post covid, continual efforts have been conducted to bring a change in this universal narrative.

Following are some instances that are relentlessly trying to convey an awareness of this social failure that has been propagated by age-long patriarchy.

As every year, Swayam, a women's rights organization dedicated to ending violence against women and promoting women's rights, conducted an active campaign to stop the physical, sexual, emotional, and economic violence and raise public awareness around this topic.

Between 25 November and 10 December 2016, a 16-day Stop Violence Against Women and Girls campaign was conducted to raise mass awareness and encourage people to take action against hostility towards women and girls. The main focus of this campaign was "domestic violence" which affects almost every family and violates women's rights to dignity, equality, freedom, security, physical integrity, education, and livelihood.

The program began with the participation of 200 women in an awareness session on domestic violence. Community members played various social-themed games and interacted with the Swayam team. More than 600 visitors followed the cultural program with theatrical performances in the evening.

Posters and ribbons were displayed to provide information on these issues, while Swayam staff and volunteers distributed leaflets to the masses to reach more people. The response was overwhelming. There were film screenings, poster displays, and food vendors throughout the day encouraging everyone to attend and participate.

The 16-day campaign came to an end as the impact of all efforts was maximized, and more voices joined to move people and raise mass awareness for the Stop Violence Against Women and Girls campaign.

“This campaign focuses on such subtle forms of abuse that are most often not recognized as domestic violence, committed both in marital and parental homes, where there is no apparent physical manifestation, but they take a severe toll on women’s mental and physical health,” said Swayam Director Anuradha Kapoor and added, “The films aim to help women recognize the different forms of abuse they face and urges them to take action whilst at the same time create awareness in society.” Film Director Shoojit Sircar termed it a menace and agreed that many aspects of it are often overlooked.

To reduce the threat of domestic violence and encourage people to take responsibility for reporting such incidents, Viviana Mall, in partnership with Thane Police, launched the second edition of #MeraFarzHai ahead of International Women's Day.

While #MeraFarzHai began in 2020 as a campaign to protect women from those who violate their rights and space, the DNA of the campaign is to equip each individual with the armor they need to perform their ‘farz’ and empower them to do so, urging them to take the first step of reporting any incident of violence against women.

To give victims of domestic violence a voice and call for national action to ensure a safe environment, Viviana Mall has partnered with the NatConnect Foundation to create an online petition to seek much-needed community support. The petition, addressed to the Department of Women and Child Development, calls for policy changes to protect whistleblowers who come forward to report such incidents, create safe shelter homes for victims and their children, and the need to create counseling centers for couples and family members.

Another attempt to raise awareness around this predominant social dogma was the short film Swamaan Se by Deepti Ghatge.

According to Ghatge, the data available do not include the myriad of unreported cases. In India, one in three women is beaten or mentally or emotionally abused by a man they love and trust in the safety of their own home. She adds that most start to think about the issue and to think up a story that speaks for itself.

She has directed a five-minute domestic violence film titled Swamaan Se (With Dignity), which received the Jury Special Mention at the 14th Jaipur International Film Festival on January 7, 2022.

The film revolves around a woman who hesitates to bless her sister at her wedding while wondering if her sister would have to suffer a similar fate to hers. "The story is not based on anyone person or incident and is entirely fictional," says Ghatge, adding that one of her first encounters with domestic violence was more than 20 years ago.

The film was shot at the Turf Club "where we were able to use a small portion of the open space for the wedding scene," which shows how difficult it is for women in India to report domestic violence or seek help. “His whole family and his life are at stake. When she speaks, it can turn against her. A woman usually thinks first of her children and wonders how they would live, especially if she is not financially independent,” says Ghatge.

Financing the film has been a challenge for the filmmaker not only due to the Covid situation but also because socially conscious films are not commercially viable. Eventually, FICCI FLO (the women's wing of the Federation of Indian Chambers of Commerce and Industry) assisted her in the production of the film.

Domestic violence has been a critical difficulty confronted through women in India and the latest figures suggesting the pandemic has worsened it similarly highlights the want that it's miles our obligation as a society to discover an answer together. Violence confronted through girls can have an effect on each issue in their lives, from their intellectual fitness, social life, monetary security, courting with their youngsters, and work-life life. Many women continue to stay with the perpetrator, by and large, their husbands to guard the reputation, because of worry of disgrace or stress from family. The severity of home violence impacting the intellectual and bodily fitness of girls additionally stresses the want for coverage adjustments regarding the protection of the complainant, counseling measures to relieve the victim's trauma and transient safety, and shelter houses for girls.

Divorce rates have soared to new heights, breaking all previous records in the Pandemic