Women in a Box: Representation of the women from classic times to the modern era 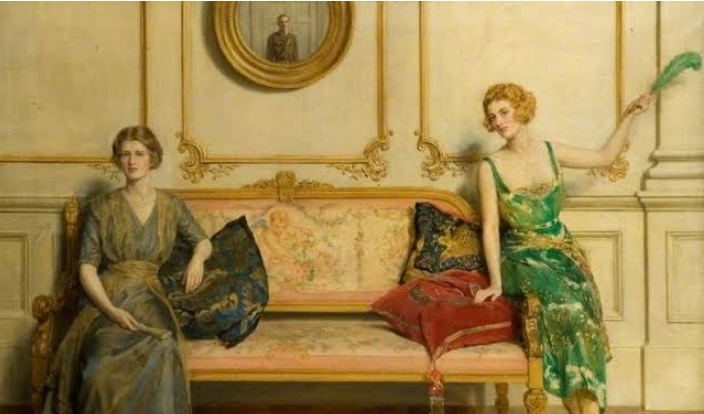 Cinematic representation reflects a great deal of social justice on different matters and out of many topics Female representation is the most rigid and stereotypical to date.

Imagine a video game and the precise characters. The innate traits govern their moves and actions in the game. The player works along with them but the characters stay intact to their algorithm or the system will fail.

The story of a woman is not quite different from the characters in a video game; her personalities also tailor in a definite sense with a limited set of traits and a bordered mind of action. Although with the passing generation, time has spread some liberty in the views regarding women but the tropes created by classic books and cinema still establish confining strata of the large population of women into a few selected tropes. The origin of this categorization began in the early 1900s when famous psychiatrist, Sigmund Freud devised a theory based on the psychological complex men develop who does it need women in two categories: the saintly Madonna and vivacious whores.

This highly misogynist approach designates a woman as either a chaste and virtuous, nice girl or a seductive and promiscuous bad girl. This dichotomy presents two extreme versions of a personality to be acquainted with. Even in this theory like many other of Sigmund Freud man oriented psychological conventions the man's conflict takes the centre stage as his dilemma to choose between the pious and ideal woman whom he should love or the whore who charges his sexual drive but doesn't serve the ideal picture of a wife and a mother, leaving both the women at loss.

A cinematic portrayal of women: Where we were and where we are now?

Clinical psychologist Uwe Hartman wrote in 2009 that this I got me still rains the mentality of society now in 2021 this theory is transcended into refined yet frigid concepts of tropes. Today's cultural messaging defines these tropes as different personalities of women but still propagates the underlying judgment of women. One can easily spot them in the cinema and read them in fiction. The Madonna getting inspiration from religious theology is the innocent and pure virgin woman pictured in an ideal frame she is unattainable and should surprise her sexual selfish desires and outbursts all the time or else the spell will be broken. The initial encounter with the Madonna is heavenly as shown in raising Bull by Martin Scorsese where Jake watches Vicky in an open-air swimming pool while enjoying the water in slow motion.

On the other hand, the whore in typist sexual desire and is often allowed the liberty to show all kinds of emotions she is clever out spoken, and in charge of sex life but is enlisted in options of settling down with or offering respect even the other woman caster out as some sort of evil influence on man blaming her for his actions. In the 2000 Italian movie "Malena" The lust of men in the town is projected on the widowed Malena and she is eventually cast out by the women of the town for sleeping with their husbands.

No matter how ridiculous the stereotype sounds they are prevalent just the demeanour from The virginity and purity are crafted in a nerdy and perfect girl-next-door and the evil whore is presented as a dangerous and sexy mean girl. It is just that the dichotomy is now focused on the balance of these archetypes by the women, Maddie in "Euphoria" and Nina in "Black Swan" who try to balance the two dominions. Maddie posed as a virgin nice girl for Nate but indulges in sexual experiments to keep him interested which leads to his ultimate frustration and subsequent abuse when the line blurs between the two labels. Nina in "Black Swan" is the frigid good girl and perfect white swan but has to get promiscuous to embody the vindictive Black swan, abandon her perfection and liberate her repressed desires. The further disintegration of this theory is shaped by tropes like Girl boss, domestic goddess, etc. but careers down to the same ultimate destiny where whore is debarred from a family and partner while Madonna receives love and affection but at the cost of her desires. The good girl should be in command of her anger and cannot lose her calm at even the worst moments of her life, if she does then she is set to disturb her image, on the opposite end, the other woman is shown to curse and scream in the fit of anger as her emotions are everywhere. These black and white shades do not hold any place in a male representation as his character often resembles a grey shade.

How to change this perspective?

These archetypes might loosen up if we cast out the knot of judgment. Depicting a women's personality from her sexuality and her liberation and repression through her sexual freedom and forming a judgment on its bases are the few plot holes of this dichotomy. Viewing women from the two dimensions of either virtuous or evil is fitting her in a box. In Dryden's "All for Love'', Cleopatra is shown in a distinctive light and termed " too good for most of you(readers)", and even when calling her a mistress calls her "true to her love" unlike previous representation of the character as a classic seductress. This representation falters further on the aspect of labelling women based on who serves what needs of a man. Today the focus resides on the bad girl and terms good girls as boring and lacking excitement again favoring one and the demeaning other. Empowerment of women should rise above the judgment of a man and need their approval. A woman's personality cannot be fitted in a box much like a man's and should exceed the two-dimensional thought process and embrace a multiplicity of female characters where their experience shapes their personality rather than societal judgment.