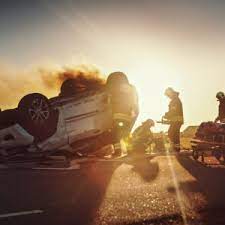 On the third Sunday of November each year, the World Day of Remembrance for Road Traffic Victims (WDR) is observed. The commemoration of the millions of people who have died or been gravely injured while traveling on the world&#39;s roads, as well as the suffering of all victims, families, and communities affected, is a high-profile international event.

Millions more people suffer every year, adding up to a genuinely staggering cumulative toll. This Day has also developed into a crucial tool for governments and everyone whose job

involves crash prevention or responding to the aftermath of crashes, as it provides the chance to highlight the enormous scale and impact of traffic-related deaths and injuries, demand an end to the frequently trivial and inappropriate response to such incidents, and promote urgent coordinated action to stop the carnage. 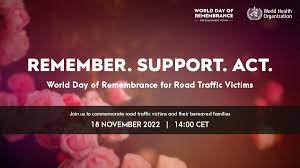 Every single day, hundreds of thousands of people are hurt, and about 4,000 people are killed on the world's highways. A family can't handle the loss of a loved one due to needless violence and the government's and judiciary's indifference. The day of memory promotes resource sharing and vital assistance to the millions of victims of this ongoing, avoidable disaster.

Brigitte Chaudhry, MBE, spent an unremarkable existence with her husband and kid up until the day fate rolled the dice and made her the face of the global movement for the rights of victims of road traffic accidents. After her only child, Mansoor, age 26, was murdered in a terrible accident in 1990, Chaudhry pursued justice. She didn't exactly get the best response. She struggled to challenge his passing in court, and she felt snubbed by her neighborhood and the justice system's indifference. Chaudhry started RoadPeace, a British organization for victims of traffic accidents, after being horrified by the careless handling of her son's death. RoadPeace is a round-the-clock helpline that offers those impacted by traffic accidents emotional support as well as effective advocacy.

What is the goal of RoadPeace?

The main objective of RoadPeace is to alter the way society and the legal system see victims of traffic accidents. It is based on the founder's firsthand observation of her son being treated as a "third-class victim" and his death being minimized.

● It highlights the significant effects.

Every year, more than 1.3 million people are killed in traffic accidents. The staggering number of avoidable deaths each year and the general lack of action by most governments are highlighted by the World Day of Remembrance for Road Traffic Victims.

● It calls for a halt to the bloodshed.

RoadPeace is convinced that having access to safety equipment, receiving the proper education, and saving countless lives. The third Sunday in November runs a campaign to make these tools accessible to the general population. 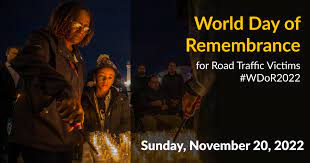 Touch Starvation: “Why Does Touch Matter So Much?”