Xenophobia and How to Resolve It 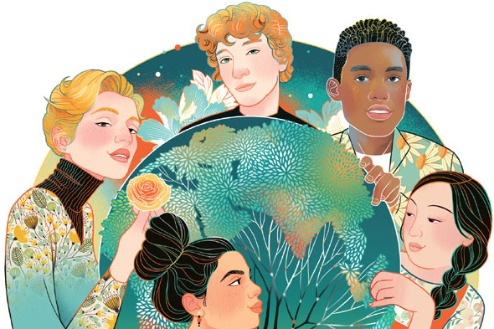 Throughout history, there has been a problem with xenophobia. According to Google its meaning is the “dislike of or prejudice against people from other countries”. The constant growing global population and need for world-wide respect and toleration for other individual’s cultures, religion, and beliefs. This seems to be an issue for some, as each state has their own traditions, cultures, and habits. It makes it difficult to understand one another not only due to a language barrier but simply the way they have been raised and their environment completely differ to one another. Especially when individuals migrate to other countries, they may find it hard to adapt to the country’s behaviour, habits and it is hard to find individuals to surround themselves with. According to China Daily “cultural inclusiveness and tolerance can play a crucial role in bringing closer people who speak different languages, practice different religions, follow different customs, and believe in different values, and therefore promote harmony”. This shows that having these values will create for a peaceful civilization, however the issue is that individuals are ignorant and self-centred. This is where the issue creeps in. How do we tolerate and respect others without being ignorant towards their culture?

Dating back to 1750, Benjamin Franklin was concerned that “swarthy foreigners” would colonise Britain at the time, with their own language and habits. It was found out that who Franklin thought were outsiders were Germans. In the late 1800’s there was also hate crimes and violence committed from working-class Caucasians to the Asian community in Seattle. There was some evident progression in 1965 when the Immigration law was enacted. Whilst there has been some evidence of transformation since then, it is still clear that it is an issue. As any immigrant is still heavily prejudiced upon and stereotyped based on their race, culture, and beliefs. This is shown in “cartoons of Irish Catholics from the 19thcentury make them look very similar to apes” to further describe that African American experienced similar discrimination. It was also analysed that the Chinese were not considered European immigrants but rather seen as more like Native Americans and African Americans, which were considered as outsiders.

How to Resolve It

According to China Daily “Culture intolerance is the root cause of xenophobia, racism and unilateralism, and thus often lead to regional and global tensions and conflicts”. It is difficult to co-exist with many different cultures than your own. It is so distinct that some are scared to get to know it or are not comfortable with it. This is how racism and many other hate crimes begin. Other people are simply scared of the unknown, this then starts a world conflict or tension amongst certain states. We need to learn how to communicate, learn and respect others even if we don’t understand, believe, and want to practice these things. It is polite to simply respect another’s culture because that’s what you want the other person to do in return to you. This also leads us to Chen Haiming stating that “religious leaders should play a leading role in removing religious prejudices and promoting the idea of peaceful coexistence among people of different faiths”. By stating out this important fact, it is notable that people should educate themselves on cultures, thus learning all the practices, values and become less negative towards someone’s culture. It will lead to less hatred and preconception amongst human beings.

Nowadays the hatred, violence has spread and continues to do so. Many refugees and immigrants needed a place to stay, which sprung the states into a frenzy who went on to deny them entry. As President Trump stated in 2015 when he said Mexicans are “rapists” and “criminals” he put this stigma on Mexicans that others continue to judge till this day. However, they also promote the American dream, inclusion and diversity yet still fail to suppress xenophobia against these individuals. Trump has also openly said to Ilhan Omar who is a Muslim black woman to go back to her country. This shows that some still discriminate against individuals and in their mind ultimately decide who is a bad or a good immigrant. This shows the lack of knowledge, care, and kindness towards such people. These figures openly promote the practices of xenophobia, which leads the public to also stereotype and discriminate.

According to the UNICEF website you should celebrate one’s culture by trying their own cuisine or buying food from their local shop which may bring you closer towards understanding their culture. We as human beings should call out, bring awareness, and stand up to those who are vulnerable against those who are still prejudiced and stereotype and lead them to the right path. This also leads us to the fact that children are taught racism, they see it happen right in front of them daily, they should be taught that it is not right to do this and behave in such way. They will grow up to understand this and avoid these situations and like-minded individuals that cause the issue of xenophobia. We all live on this planet together, so we should support one another, support organisations who are passionate about this problem to make sure it does not happen as frequently around the world.