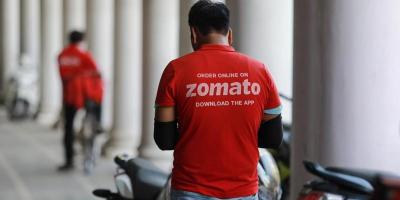 The policy was earlier implemented on the newly acquired BlinkIt (Grofers before acquisition) platform, which deals with grocery delivery. Now, the food delivery service wants to be the first to implement the same strategy on its platform. This move is seen as a motivation to compete against one of the market competitors, Zepto, which has used this scheme aggressively to expand its operations.

Zomato's founder and CEO, Deepinder Goyal, has decided to confront all claims head on and is attempting to refute them all on social media. However, the ultimate question is whether a 10-minute delivery is required.

Problems with the audience with 10-minute delivery

The very first problem flagged was the safety of delivery personnel. The problem has been raised by Shaik Salauddin, the founding president of the Telangana Gig and Platform Workers Association (TGPWA), and Karti P. Chidambaram, a Sivaganga Member of Parliament. Both in their respective positions have pointed out that deliveries on time come with incentives, whereas late deliveries come with penalties, both of which are enjoyed and borne by the driver, respectively. Further, Mr. Karti P. Chidambaram has also requested the government to have a look into the matter as the security and safety of a large chunk of people are at risk.

Mr. Goyal addressed the second problem by stating that it could be solved in two ways: first, by having a pre-set menu derived by area-wise data analytics, and second, by establishing kitchens in high-demand areas.

The recent initial public offering (IPO) of Zomato was a fiasco that failed to deliver the expected results. Furthermore, the company's recent announcement that it plans to merge Zomato and BlinkIT into a single platform has kindled investor concern, as has its stock price, which is extremely volatile and mostly on a downward trend. Such decisions that are likely to elicit public criticism should be approached with caution and meticulous planning before bringing it out onto the public forum which would be bad both for business and brand.