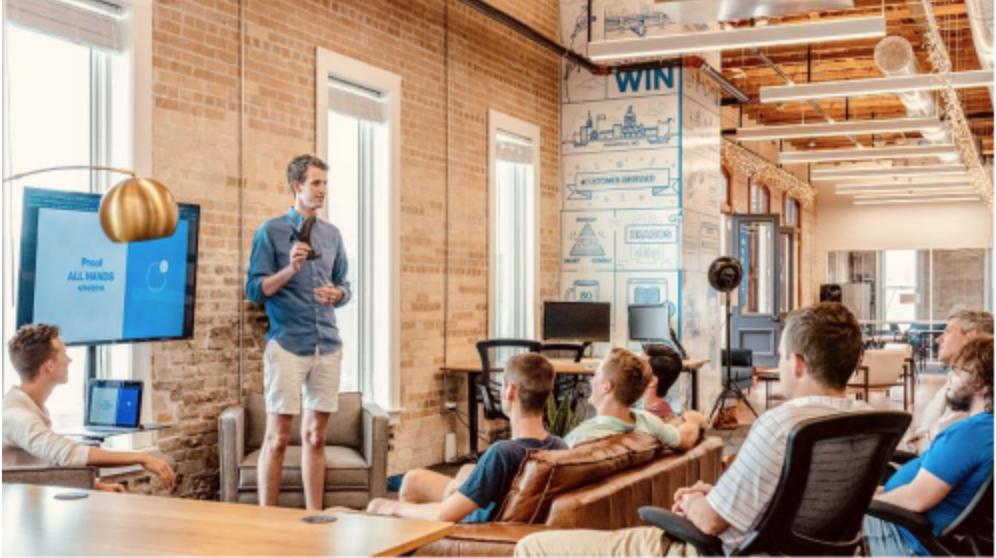 Sustainability has increasingly become a requirement for global corporations to adopt in response to the alarming presence of climate change in present society. Taking account of the prominent influence major corporation hold among numerous local communities, social responsibility comes to the foreground.

Climate change has been an ongoing global crisis for centuries in human history, starting most prominently when human activities began to sprawl and took their foothold across broad industrial sectors around the 1800s. As evidenced in the radical consequences that emerged alongside human development, the consumption of carbon-emitting energies is involved in various societal sectors. From production, transport, construction projects, and land use to things as simple as undergoing daily routines like showering or meal preparations, every trivial part of human life is interconnected with energy consumption. It signifies the social movements and power society needs to drive human connections and facilitates the community to progress with its continuing capitalistic developments.

Sadly, the reality of the environment that we reside in is streaking with industrial pollution and an overt demand for unbalanced energy usage. The Earth’s average surface temperature has risen by 1.1 ° C since the 1800s, with the previous period(2011-2019) being the warmest in the record of human history. Alarmingly, climate change seems to threaten the continuation of humanity more than ever, a global crisis met with increasing concern and criticism for the complexity and level of prevalence it holds in place.

As mentioned in the previous paragraphs, everything in the present society is deeply interconnected through the energization of fossil fuels. Thus, achieving energy transitions in a world highly governed by systematic order would involve not just daily climate-tackling efforts made by ordinary households but seamless cooperation between multiple influential bodies like state governments and global corporations.

As environmental problems ascend to the spotlight of worldwide attention, notable endeavors are seen across industries and communities, all aimed at preventing global warming from exceeding its 1.5 ° C limit. For instance, EU policymakers unleash an ambitious target to reach net-zero emissions by 2050. On the other hand, China seeks to approach climate change by implementing its vigorous measures and policies, starting to fully transform into a carbon-neutral economy by 2060.

Now that climate change has become a pressing issue for all, corporation performances are pushed to the foreground in examining how each company plans its strategies to incorporate sustainable business solutions into their corporate systems to accommodate changing social environments. However, Talal Rafi, World Bank Ambassador on Climate Change, reported Insufficient numbers with sustainability performance:

He further emphasized implementation being the critical problem for companies looking to make sustainable transitions. Frankly, not everyone in the corporate community is implementing sustainable strategies. Indeed, taking risks to embrace a seemingly unreliable system may have been considered aggressive in a profit-based organization. However, many companies don’t realize the importance of innovation and resilience amid drastic societal change. According to Mckinsey, a global management consulting firm, ‘having a sustainability strategy allows a company to make long-term investments.’ This proposition is derived from Mckinsey’s core values in running a business, which is ‘deeply interconnected with environmental, social, and governance (ESG) concerns.’ Thus, one could suppose that companies with a lack of resolve to integrate sustainability into their business models would suffer from long-term losses.

Surprisingly, environmental trends have been pervasive across social communities as more people choose to experience their lives driven by a need to go sustainable. In a survey by Nielson, findings suggested that the millennials, presumably the dominant generation of the present human population, ‘are twice as likely as baby boomers to say they are changing habits to reduce environmental impact.’ In response, companies with a clear plan and vision to centralise their business models on environmental sustainability would likely gain recognition from the public mass, which adds ‘brand value’ and ‘a competitive advantage,’ as Rafi noted. In addition, Mckinsey highlighted company growth as highly benefiting from sustainable practices:

‘A sustainability strategy can reduce costs substantially and can affect operating profits by as much as 60%.’

Take the example of Puma, which published data on water intake and energy consumption through its supply chain. It successfully identified ways to reduce fuel emissions by a drastic 60%. As shown, carrying out sustainable strategies helped companies profit from reduced operating costs and eminently improved public relations. Ultimately, companies could see perceptible improvements in different sectors of corporate activity. Their operations run with cleaner, renewable energies. The company value increases alongside public attention and approval. Most significantly, their influence is expanding in the social and economic realm due to long-term growth.

Conclusively, all these advantages that one discerns in adopting sustainable measures reflect how much massive organisation activities are intertwined with people’s actions and behaviours in everyday life. As Eunice Heath, global corporate director of sustainability at Dow, asserted her belief:

‘I've always believed that people are the key to our success in building a more sustainable world. Governments and corporations can set the direction, but it is the efforts of local communities that can often make the biggest impact in promoting solutions to recycling, climate change, and a whole host of other issues.’

Indeed, corporate strategies often shift according to consumer behaviour and demand. Thus, sustainability could be proved to overturn existing economic structures if people collectively aim for long-term sustainability over rapid wealth. Many benefits could surge as companies develop strategic plans for their business operations. Yet, there are still a few existing ones that struggle to contribute to the global climate effort due to fear of failure. It all falls on adaptability and innovation when it comes to determining which company preserves the greatest value for continuous development. In a time of rapid environmental change, the success of large-scale corporations is selected based on their attentiveness to social surroundings and resolve to embrace transitional changes.

The importance of supporting Independent cafes and their local initiatives