A Real Lasting Legacy: Taylor Swift Reclaims Her Past 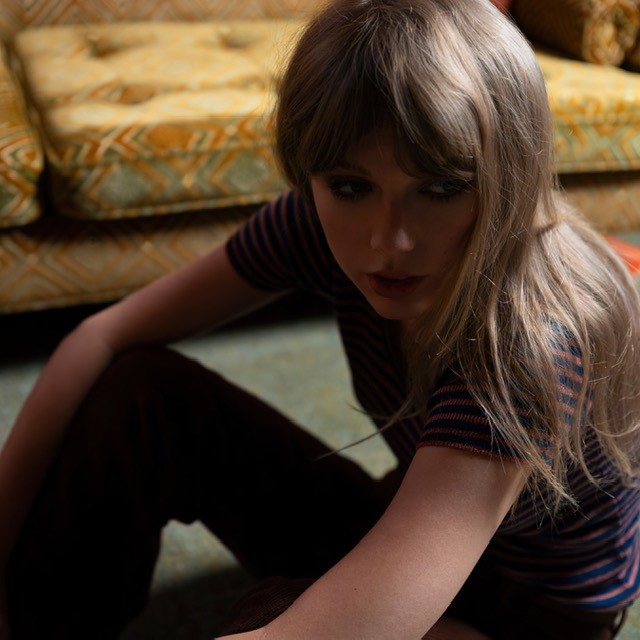 It’s fair to say that Taylor Swift’s reputation (no pun intended) has been through the ringer over the past fifteen years. From Kanye West’s stage storming to tabloid slander about her dating life, she has had her personality attacked from every angle, most eloquently and viscerally portrayed in the Netflix documentary Miss Americana (2020).

Since that documentary, she has taken the world by storm. Lover (2019) saw a lighter version of Taylor Swift, leaving behind the anger and belligerence of reputation (2017) and replacing it with a more carefree atmosphere representative of someone who was (and is) very much in love.

Breaking free of the shackles of her old record label and of her own self-doubt, the secret releases of folklore and evermore ushered in a new era for Swift that still carried the same heart but showed a different facet to her song writing armoury.

Not only has Swift been busy writing new material, but she is also in the midst of re-releasing much of her early work after a dispute with her old record label, Big Machine Records.

The label reportedly refused to sell Swift the master copies of all tracks on her first six records unless she agreed to increase her contract as to produce several more albums for the label across the next decade.

Swift refused to accept this, and so decided to re-release her work once her contract with Big Machine allowed her to, essentially producing covers of old tracks.

As a result, Swift was able to create new masters rights and gain 100% of the profit from any sales. The release of Fearless (Taylor’s Version) and Red (Taylor’s Version) has made her one of the biggest pop stars on the planet and allowed her to reclaim her portfolio and her position within the music industry.

Her newest album, Midnights, signalled an audible return to Swift’s earlier work. Both in terms of production and tone, it saw Taylor transport herself from the acoustic folk of folklore and evermore and back into the pop-tastic atmosphere of Lover and 1989.

Sonically, tracks such as ‘Bejeweled’ and ‘Cruel Summer’-esque ‘Maroon’ could easily be ‘From The Vault’ tracks from Lover, whilst ‘Vigilante S**t’ combines the lyrical darkness of evermore’s ‘no body, no crime (ft. HAIM)’ with the angst-driven energy of reputation.

Lyrically, however, Midnights showed glimmers of the introspective sheen that made folklore and evermore such fan favourites, drawing on her self-hatred in lead single ‘Anti-Hero’ to create the rallying cry of “it’s me, hi, I’m the problem it’s me” for Swifties everywhere.

Referencing her eating disorder in ‘You’re On Your Own, Kid’ (which could easily fit into the ‘cardigan’, ‘august’, ‘betty’ storyline from folklore), she effortlessly and pointedly attacks the media environment within which she grew up, making an important stance about how waist size affects your value in society: “I hosted parties and starved my body/Like I’d be saved by the perfect kiss”. Midnights drew together the threads of her often-tumultuous career to combine the old and the new and pave the way for what was to come next.

On Tuesday November 1, Swift announced her long-awaited return to the touring circuit on Good Morning America, having only appeared on stage a handful of times since her reputation world tour in 2018; Swift hinted at a return to the stage during a cameo performance with HAIM at London’s O2 Arena, telling the crowd that it was “very nice” to be back on stage after so long away.

The ‘Eras’ Tour, currently only a US tour with more global dates set to be announced soon, is in Swift’s words, a “journey through all of the musical eras of my career” from her self-titled debut right through to Midnights.

This is a 180˚ turn for Swift, an artist who spent much of aforementioned album reputation trying to cut ties with her past; the infamous claim that “old Taylor” was “dead” in ‘Look What You Made Me Do’ was indicative of an artist that was in the midst of an identity crisis. Miss Americana echoed this same sentiment, with Swift putting herself under visible pressure to “make a better record” as reputation gained only the one Grammy nomination.

Tearing herself away from her old record label and her spiralling self-worth, Swift is now ready to reclaim her own past and create a future in her own image. Lover saw her take a step into the political realm, with ‘The Man’ and ‘You Need To Calm Down’ underlining her desire to stand up for her female and LGBT+ fans even when it would be easier to just stay silent; Midnights opener ‘Lavender Haze’ re-emphasised the fact that Swift would not stand for the “1950s s**t they want from me”, pointing to a desire to further the feminist and LGBTQ+ cause within both music and wider society.

Eight of the nine support acts announced for the US-leg of her ‘Eras’ Tour are women, with the exception of OWENN, long-term friend of Taylor Swift and co-star in the video for ‘Lover’. The list of support includes emo giants Paramore, indie-rock group HAIM, and songwriter extraordinaire Phoebe Bridgers, amongst others.

The majority-female line up is something oft missed within the music industry, with many festivals still yet to reach an even split between male and female artists on their bills. Once again, this is a signal that Taylor Swift is very much her own artist and will not be dictated to about what she can and cannot do with her voice and influence. Bolstered by her victory in a sexual assault case against David Mueller in 2017, Swift has become a feminist icon for a generation of pop music fans.

Swift’s career to this point has been a rollercoaster. Her stratospheric rise to stardom hit the rocks on many an occasion, but she seems to be as comfortable in her own skin as she has ever been. Where Miss Americana saw a woman in crisis, on the brink of giving up and letting her demons win, Swift is now firmly back in the driving seat of her life and ready to take the world by storm once again.

After the release of Midnights, Swift became the first artist to ever hold all of the positions in the Top 10 of Billboard’s Hot 100. She was the highest-paid female artist of 2021 and has added eight more shows to her US tour due to enormous public demand.

To quote the woman herself, “that’s a real lasting legacy”.