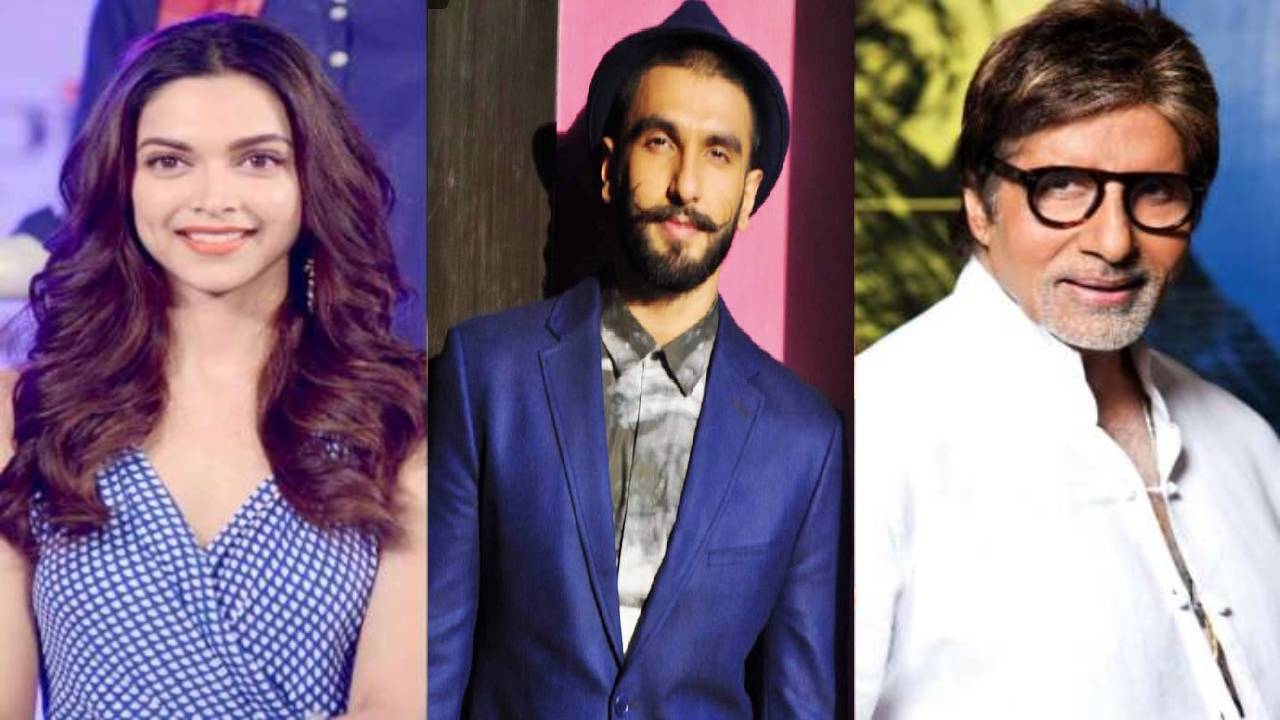 When Shakespeare had asked everyone 'What's in a name?', we often thought that names have nothing to do with life. It may not sound like a big deal for an ordinary person but when we talk about celebrities, they have their whole lives revolving around it. This is one of the reasons why celebrities change their names before they make it to the big screen. However, there were many cases where directors made/asked the actors to change their names because their real names won’t make an impact on screen. Here is are few celebrities who changed their names right before they stole the Bollywood limelight because ‘Naam meh hi sab rakha hai’.

Amitabh Bachchan also known as ‘Big B’ is one of the most successful and popular actors in Bollywood. He is not just an actor or a producer but even a television host, playback singer, and a former politician. He is known for his most influential and strong acting in the history of Indian Cinema. He changed his name from Inquilaab Srivastava to Amitabh Bachchan right before he entered the Bollywood industry. Well now that we think over it, it was the right decision.

Mithun Chakraborty is an actor, singer, entrepreneur, and even a former member of the Rajya Sabha in Parliament. He is a recipient of three National Film Awards and two Filmfare Awards. He made his first debut in the film Mrigayaa in 1976 for which he won the National Film Award for Best Actor. Mithun was previously known as Gouranga Chakraborty before he joined the Bollywood industry. That name just sounds more like a pet name, isn’t it?

Shilpa Shetty initially known as Ashwini Shetty is an actor, author, businesswoman, dancer, and a former model. She made her Bollywood debut with Baazigar in 1993 for which she won various awards. Shilpa has even launched her Yoga DVD in 2015 and is also part of various fitness campaigns in India like The Fit India Movement. Apart from this, she is also a social worker for animal rights and stresses issues of Feminism. The actress changed her name to Shilpa Shetty after her mother’s astrologer said that changing her name would bring her fame. This looks like the right prediction!

Salman Khan was originally named Abdul Rashid Salim Salman Khan. He is one of the most successful and highest-paid actors in the history of Bollywood. He is an actor, producer and also host the famous reality show ‘Big Boss’. He made his Bollywood debut in the film ''Biwi Ho Toh Aisi" in 1988. Salman also promotes humanitarian causes and has his charity named Being Human. He changed his name before his Bollywood screening as he felt that his name was too long. Well, this sounds like the right decision!

Katrina Kaif made her Bollywood debut in 2003 in Boom which was a commercial failure. She then made her debut in 2005 with Maine Pyaar Kyu Kiya? followed by Namastey London in 2007 which makes a big hit on the blockbuster office. Katrina was born in Hong Kong and later stayed in different countries before she moved to London. She has a list of Bollywood hits and is now one of the highest-paid Bollywood actresses. She changed her name from Katrina Turquotte to Katrina Kaif so that the Indian audience could understand her name better. Well, we love her present name though!

Akshay Kumar comes from a background of Punjabi family. He was originally named Rajiv Hari Om Bhatia. He is an Indo-Canadian actor, martial artist, and television face who is now one of the most demanding actors in Bollywood. Akshay doesn’t come from a film background and after a long struggle, he made his first Bollywood debut in the film Saugandh in 1991. He changed his name to Akshay Kumar before his first on-screen appearance. His previous name was too long to take in, isn’t it?

Ranveer Singh is formerly known as Ranveer Singh Bhavnani. He completed his bachelor’s degree from Indiana University Bloomington and returned to India to pursue his career in acting. He comes in the top Bollywood celebrities today. Ranveer made his first debut with the film Band Baaja Baarat in 2010 and since then he has taken away all our hearts. He made his name short to Ranveer Singh, before entering the industry. Now that we think about it, we would have loved you either way.

Hrithik Roshan is an actor and a fantastic dancer. He is one of the highest-paid actors in India. He made his first Bollywood debut in the film Kaho Na…Pyaar Hai in 2000 for which he won several awards that includes his six Filmfares. He changed his name from Hrithik Nagrath to Hrithik Roshan when he entered Bollywood. He did make himself ‘Roshan’.

Tabu, an actress famous for her bold and unique roles. She has even worked for various regional language films in Telegu, Tamil, Malayalam, Marathi, and Bengali. She started her career with her debut in the film Hum Naujawan in 1985. She has won numerous awards for her brilliant acting. Tabu changed her name from Tabassum Fatima Hashmi before her Bollywood appearance. We would have loved you either way!

Rekha is a pure Bollywood diva who has always made a buzz for all the right and the wrong reasons ever since she stepped into the film industry. She is one of the most versatile and known actresses in the history of Indian Cinema. She first starred in the film Sawan Bandon in 1970 which provided her the rising star title in Bollywood. Her original name was Bhanurekha Ganesan which she later changed to Rekha before her Bollywood limelight. Because we love seeing her with this name, it was a smart move!