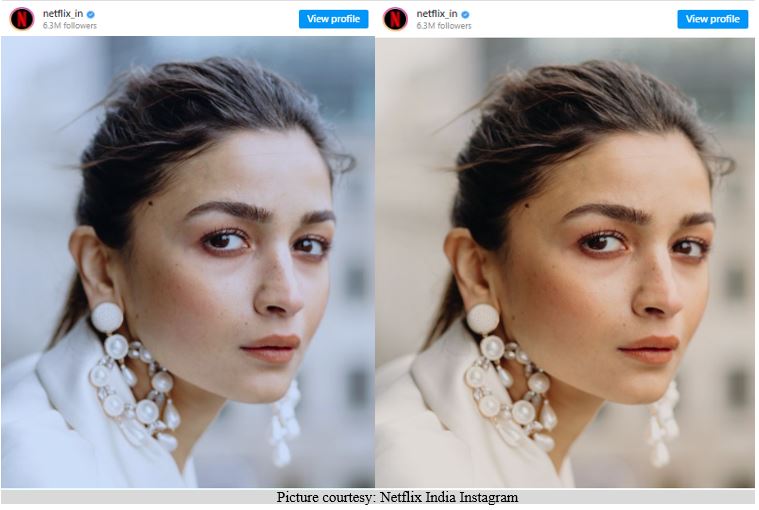 NEW DELHI: This is not a drill! Alia Bhatt is going to make her Hollywood debut in a NETFLIX backed spy-thriller called “The Heart Of Stone”. And this is not all she is doing that alongside Gal Gadot & Jamie Darnon. The international spy thriller is going to be directed by Tom Harper who has directed Peaky Blinders, War and Peace, Wild Rose and many other award-winning movies and shows.

Netflix India took to Instagram to confirm the news with a caption that read- “Starting our day by announcing (and screaming) that Alia Bhatt is going to be in Heart of Stone". Gal Gadot revealed her role in the film by releasing a video of herself on Instagram with the caption:-"Rachel Stone. Nice to meet you. Heart of Stone."

Many celebrities wrote messages on Instagram and Twitter to congratulate the star for her success and this huge upcoming project, which included Janhvi Kapoor, Sonia Razdan, Karan Johar, Mrunal Thakur and other big names of the industry.

The story of the film follows Rachel Stone (Gal Gadot), an intelligence operative, who is the protagonist of the film. She is the one woman who can save her powerful, international peacekeeping organization from losing its most important — and hazardous — asset. Interesting!

The actress’s hollywood debut comes just a few weeks after her most recent film, Gangubai Kathiawadi. In its first week of release, the picture grossed more than Rs 100 crore worldwide. To deliver the news to fans, Bhansali Productions recently posted movie poster with "Gross box office of 108.3 crores worldwide " written in bold all over it. "Thank you for so much love Thank you," the caption read. Alia Bhatt is known for proving her acting skills and reminding people time and again that she is here to stay and slay!

Alia Bhatt is a hard-worker who has been working every day without a fail since her debut film ‘Student Of the Year’ and is set to make her appearances in ‘Darlings’ alongside Shah Rukh Khan, Farhan Akhtar’s ‘Jee Le Zaraa’ alongside Priyanka Chopra and katrina kaif and the list goes on and on.

‘The Kashmir Files’ director not safe in India? Given ‘Y’ category CRPF protection by Central Government over conflicts surrounding the film