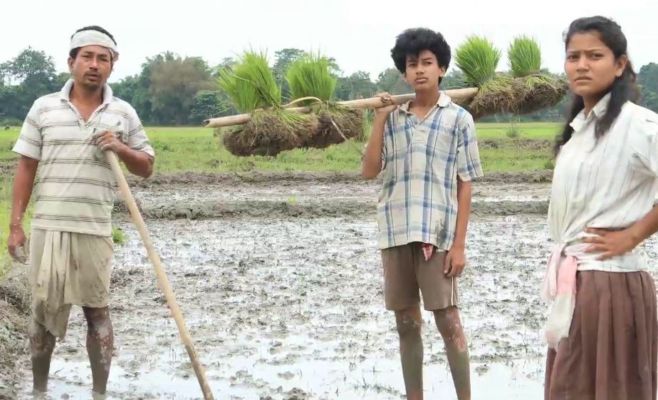 Film Federation of India’s jury has started reviewing films to shortlist for India’s Oscar entry. The jury has 12 films with them as part of Indian entry to the Oscars. A feature film titled, ‘Bridge’ from Assam is among the 12 entries.  ‘Bridge’ is Guwahati Filmmaker Kripal Kalita’s debut feature film. The film sheds light upon the tragedies accompanied by the annual floods in Assam. An 18-member panel is reviewing the 12 selected films at present in Kolkata.

A film industry professional mentioned that Bridge is among the 12 Indian entries for the best international feature. The Film Federation of India is coordinating the process. They will screen these 12 films before the 18-member panelled jury. The film Bridge is just an entry for the Indian section. The film has to compete with all international entries to make it to the Oscar shortlist if selected from India.

Kripal Kalita mentioned that the selection is enthralling news to him and the Assamese film industry. He acknowledges the significance of the award for the Assamese film industry. He asserted that the selection would usher hope and confidence among young filmmakers. He draws insight to the fact that the never-ending issue of annual floods in Assam will receive a widespread audience.

Stories of loss, grief, despair and disappointment wrap up the 125-minute long film, Bridge. These emotions revolve around a bridge over a rivulet. Shiva Rani Kalita plays the lead character Jonaki that is winning hearts. She went on to win the best debutant actor at the recent Ottawa Indian Film Festival. The team shot the film in locations in and around the districts of Golaghat and Lakhimpur. Bridge depicts the life of the Assamese people living by the Brahmaputra River. Along with the hardships faced, the character Jonaki also takes the role of the breadwinner in the family. She farms and sells products to meet ends. Kripal Kalita says that she was one of the estimated three hundred girls who auditioned for the character. As Shiva Rani is from a village nearby her experience and observance made her more worthy to portray the character Jonaki.

Bridge bagged the “Special Mention” award at the International Film Festival of India in Goa in January 2021. The 2019 Oscar Awards saw the first Assamese film make its way to the Oscar entries. Rima Das, an award-winning filmmaker, “Village Rockstar '' was selected as India’s official entry for the best foreign film category of the Oscars 2019. The Assamese film industry and film enthusiasts are hopeful for Bridge to make its way to the selection.