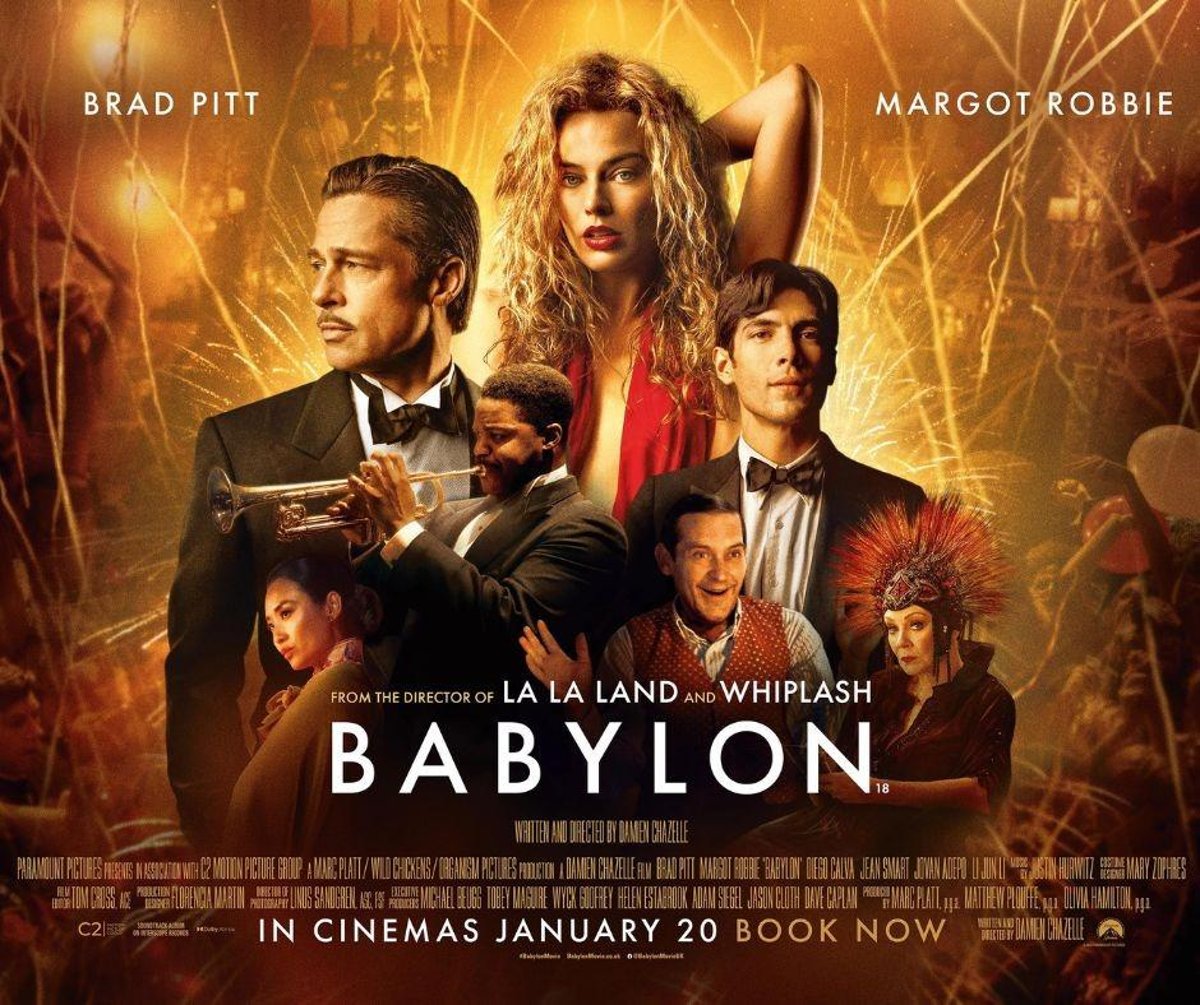 Babylon, directed by Damien Chazelle, is a comedy-drama set in the 1920s that takes viewers into the lives and experiences of old Hollywood stars, from the validation of being in the spotlight to losing themselves grasping relevancy. The characters represent the various struggles old Hollywood stars faced relative to their race, sexuality, and socio-economic status.

The highly anticipated movie starred Margot Robbie, Brad Pit, Diego Calva, Jovan Adepo, Jean Smart, and Li Jun Li. It has received various positive and negative reviews from critics and didn't perform to standards at the box office. Most less-than-favorable reviews on Rotten Tomato say the film is messy, overwhelming, and chaotic, while the positive ones credit the film's creativity and talented actors. With a 51% score on Rotten Tomatoes, Babylon failed to find its target audience.

Critic Eileen Jones was not impressed. She said the movie is so bad that it's painful to watch. Jones wrote in her article for Jacobin that director Chazelle did a lousy job capturing the brilliance of silent films from the roaring 20s. According to Jones, Chazelle failed to replicate the visual aesthetic of an old-time movie despite having the resources to do so.

"It's not really clear what Damien Chazelle is trying to accomplish in his latest, Babylon. The movie is so awful that he should probably be banished from Hollywood," she said.

Critic Carla Renata seemed to enjoy the film more than Jones but said the film didn't fully measure up. Renata thinks the movie should've laid off the over-sexualized scenes and explored racism more.

"As breathtakingly beautiful as this film is to watch, it falls a bit flat on character development except for Manny Torres, gorgeously portrayed by Diego Calva. Three hours didn't bother me but not exploring racism with actors and directing sexism did." Renata said in her review.

Renata refers to the scene where Sidney Palmer, played by Jovan Adepo, is forced to put burnt cork on his face to avoid looking lighter than his bandmates. The movie brushes over the dishearteningly powerful scene where Palmer puts his dignity aside for a couple of minutes in the spotlight but ultimately decides to stay true to himself and leaves Hollywood for good.

On the other hand, film critic Mattie Lucas gave the movie four out of four stars. Despite the backlash, she applauded Chazelle for his bold move in producing the movie.

"In Babylon, film is a medium born of light and shadow built on ashes and ruined dreams that become something beautiful and immortal. That tension makes up the film's central conflict, daring to ask - is it all worth it?" she said.

Though Babylon is not everyone's cup of tea, the movie deserves more credit for its stellar cinematography and good acting.

Raw is a Gory Tale of Womanhood